Calling the Pen: Orioles' Hyde has managed to become a leader - BaltimoreBaseball.com 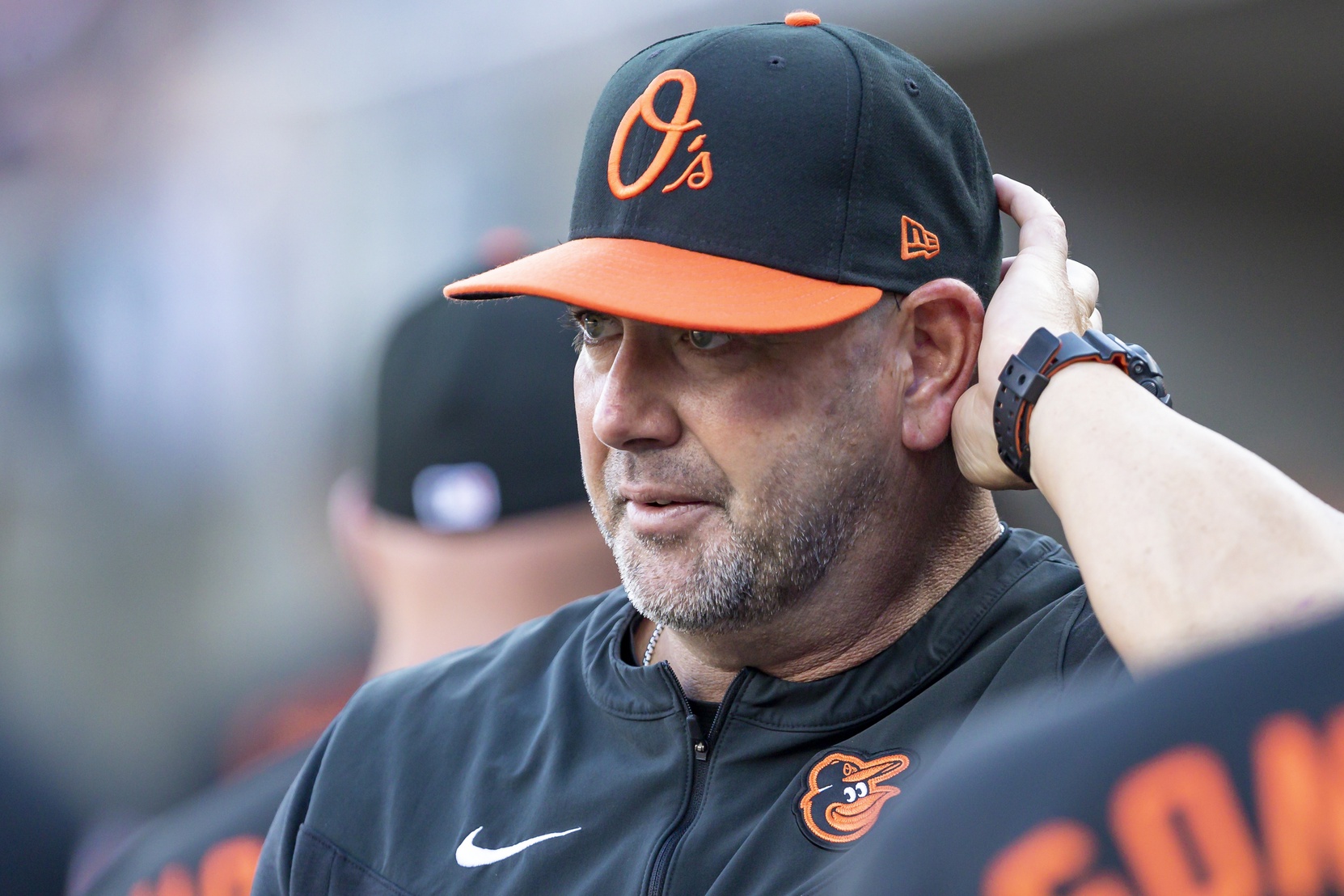 Leaders were the ones who inspired without being intimidating. You did not want to let them down because you feared the fallout but because you didn’t want to disappoint them. They were honest, demanding, and sometimes tough. They cared about the work, but they cared more about the people. They created an environment of collaboration and togetherness. They brought out the best in everyone because they valued everyone. They took the blame when something went wrong, and gave others credit when things went right. They earned trust and respect.

The Orioles’ Brandon Hyde is a manager by title, but I think he has become a leader.

When he was hired by general manager Mike Elias in December of 2018, I thought he was brought in to manage a team in crisis, to get the Orioles through a desert of losses before someone else was hired when they finally reached an oasis. I might have underestimated both men, especially Hyde.

He has been a team player from the start, showing the ability to manage up and down. By that I mean that he respects and works well with Elias while also showing his players that he has their back. And he has done it authentically, appearing to mature along with his players.

As an ex-catcher, it had to be tough watching Pedro Severino, who always seemed more comfortable standing at the plate than crouching behind it. But Hyde never complained. Now he has Adley Rutschman and the perfect mentor, Robinson Chirinos, and he has expressed his appreciation without it reflecting on Severino. He builds up rather than tears down.

He thought Rutschman needed some of that on Saturday. Rutschman, who’s hitting .149 since joining the Orioles on May 21st, had the day off but Hyde realizes there are those who thought success would come quickly. He wanted to address that. “I know how hard it’s going to be and difficult it is, and he just has to kind of get over the early stage of being a major league player,” Hyde said. “It’s not easy. I just think support, that’s what we’re going to do and that’s what we’re here for is to stay positive with him.”

Hyde had to stay positive when the Orioles returned to Camden Yards after splitting eight games on the road against the Yankees and Red Sox. He had to resort to a bullpen game, starting Bryan Baker and then turning to Zac Lowther, who was promoted that day from Norfolk even though he had an 8.26 ERA. Lowther was hit hard, yielding six runs, but he did go 5 1/3 innings, preventing Hyde from having to use relievers in need of relief. Hyde praised Lowther for grinding it out, even though he didn’t give the Orioles the best chance of maintaining the momentum they seemed to generate on the road.

On Wednesday night, he pulled starter Kyle Bradish after 4 2/3 innings and one out short of getting a victory with Seattle runners on first and second and the Orioles leading, 3-2. Bradish had bounced back from an awful performance in Boston with a strong 80-pitch, six strikeout effort, but Hyde summoned Cionel Pérez to face the Mariners’ J.P. Crawford, who had homered against Bradish in his previous at-bat. Crawford popped out and the Orioles went on to a 9-2 win.

Some critics thought Hyde should have allowed his young right-hander to work out of the jam for his development, but Hyde wanted to give the Orioles the best chance to win a night after they had lost, 10-0. Afterward he said, “Kyle’s going to be a really good starting pitcher in this league, and he’s a tough at-bat. He did a really good job.” The praise was genuine.

Hyde also acknowledged the importance of turning things around. “That was a bad feeling last night,’’ he said. “I think that left a bad taste in everybody’s mouth. It started out in the beginning of the game and I think we kind of all just sat in it for awhile and, like I said, when you have a game like that, it’s about the starting pitcher the next day and Kyle Bradish was outstanding early in the game.”

Trey Mancini also reflected on the team’s growth. “I think one of the biggest differences with this team, is we lose 10-0 last night … really tough games … and we come back today and we washed it,’’ he said. “I think in years prior we let things like that bleed into the next few days too many times and that hasn’t been the case at all this year. I’m really proud of this team the way we respond the next day after those tough days.”

That reflects on the players, and their manager. When Mancini hit a home run in the sixth after hitting the top of the left-field wall with a shot in the fifth, he was greeted by silence when he returned to the dugout. After he had walked past several teammates, the dugout erupted, putting the home run chain around his neck and showing affection for their leader.

It’s a group of guys who support one another and are having fun playing a game they love. And playing for a manager they respect.

Hyde loves the home run chain, but what he loves more is how hard his players play. And how much they want to play. He talked about Austin Hays’ determination to come back after getting spiked on the left hand three weeks ago in St. Louis.

Hyde has grown with Hays, Cedric Mullins, Anthony Santander, Ryan Mountcastle, Mancini and others who have given the Orioles a core while players such as Rutschman present a brighter future. They know he’s a manager who has their back, one who has earned their trust.

He’s their leader, and he’s bringing out their best.