Orioles get promising start from Kremer, but hitters struggle in 3-2 loss to Guardians - BaltimoreBaseball.com 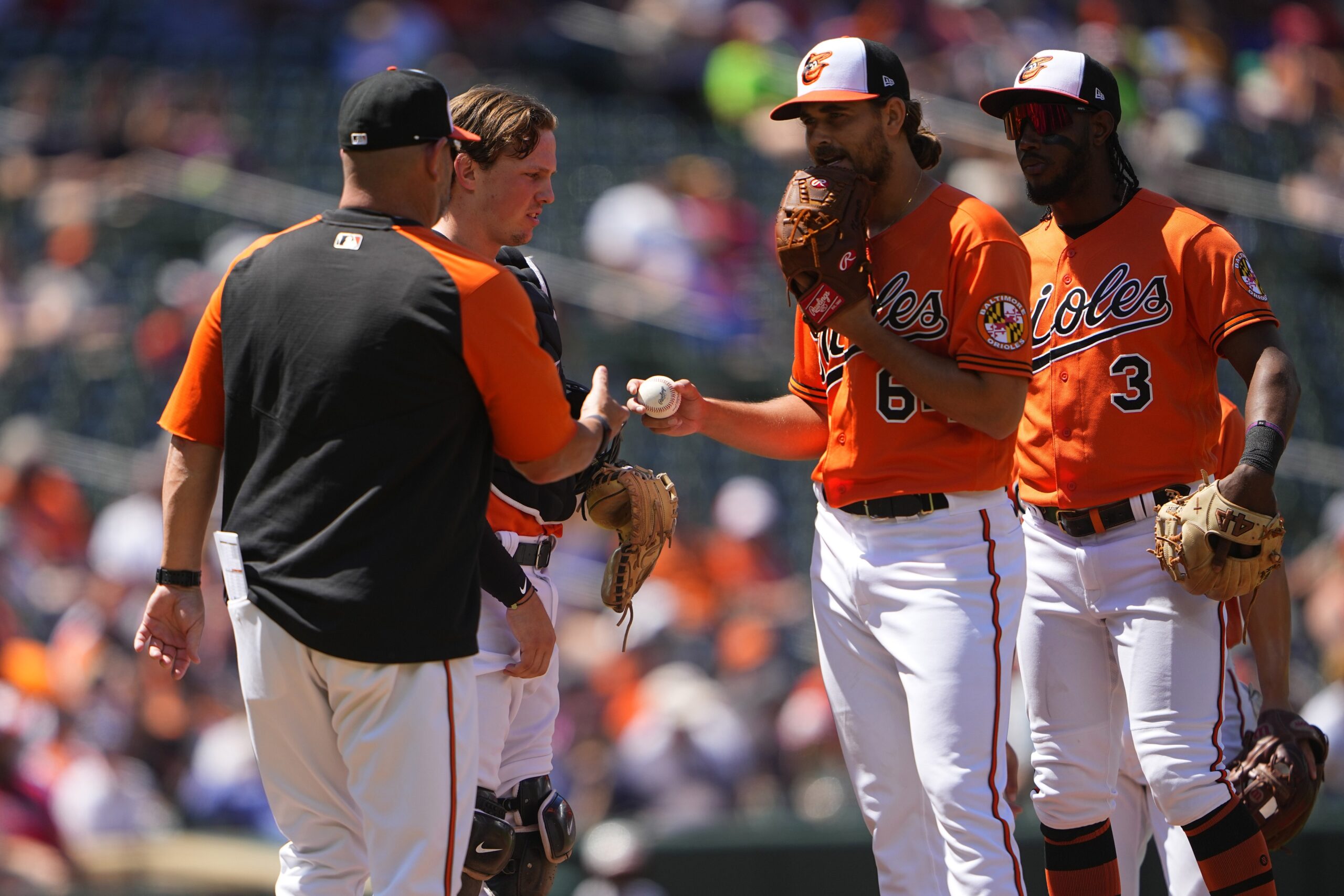 Orioles starting pitcher Dean Kremer allowed a three-run homer to the Cleveland Guardians’ Andrés Giménez in the first inning of Sunday’s game. It was not an encouraging beginning for Kremer, who was making his first start for the Orioles since Sept. 11th, 2021.

Kremer then retired 10 of the final 12 batters to keep the Orioles in the game before departing in the fourth inning. He showed promise in his return, but the offense sputtered again with the exception of a two-run homer by Ryan Mountcastle that wasn’t enough in the Guardians’ 3-2 victory. The Orioles have lost two straight series at home and are 23-33.

“It was a little shaky in the first,” Kremer said. “After that, I kind of settled in and felt like I knew what I was doing .”

Mountcastle hit a towering, 437-foot homer to right-center, one foot shy of Trey Mancini’s 438-foot shot the previous day that was the longest by an Oriole this season. It was Mountcastle’s eighth homer of the year, second on the team behind Anthony Santander (nine).

But the Orioles went 0-for-5 with runners in scoring position and are batting .218 (98 -or-449) in that situation this season, ranked 28th out of 30 teams. Their ineffectiveness with runners in scoring position was most glaring in the fifth when Rougned Odor and Ryan McKenna singled and doubled to put runners on second and third with none out. Jorge Mateo and Austin Hays struck out on pitches out of the strike zone and Mancini lined out to left as the Orioles came up empty. They had two on with one out in the seventh but pinch-hitter Cedric Mullins and Hays both popped out.

“I feel like we’re hitting the ball really well,” Mountcastle said. “It is what it is. I think we have a bunch of guys hitting well – Hays and Mancini. They keep doing their thing and us guys need to step it up a little bit.”

Mancini went 0-for-3 with a hit by a pitch and has reached base safely in 28 of his last 29 games since May 8th. He has a .433 on-base percentage with 13 walks during the stretch.

Cleveland took two of three and earned its first series victory at Camden Yards since winning three of four games from April 20-23, 2018.

He was still expected to compete for a spot in this year’s rotation before being sidelined with a left oblique strain while warming up in the bullpen during the team’s third game on April 10th at Tampa Bay. Kremer (0-1) had an encouraging stint in the minors to open the 2022 season, throwing nine scoreless innings with two hits, two walks and 18 strikeouts in three starts.

That was enough to earn a promotion to the Orioles, who needed a starter for the series finale against Cleveland.

“Being sidelined without even throwing is not great,” Kremer said. “Not only do I feel like I put the team in a bad spot, but I’ve done the oblique before and I know what it takes to get back. I’m just happy to be back.”

Kremer got into trouble early, allowing the homer to Giménez. He threw 42 pitches in the first two innings, but just 25 for the next 2 1/3.

Kremer’s final line was three runs on five hits with three strikeouts and walk over 4 1/3 innings and 67 pitches to take the loss. He earned his only career win on September 6, 2020, against the Yankees after allowing one run on one hit, walking three and striking out seven.

“If you throw out that first inning he was great,” Orioles manager Brandon Hyde said. “I thought he threw the ball extremely well. I’m really encouraged. I thought I saw a lot of improvement from last year.”

Mountcastle pulled the Orioles to within 4-2 in the fourth with a two-run shot off Cleveland starter Zach Plesac.

“There was a little frustration behind that one so I was glad it got out,” Mountcastle said. “I was having good at-bats the past week or so and things were just not going my way. To get that one out there felt pretty good.

Logan Gillaspie followed Kremer and threw 11/3 scoreless innings with a walk and strikeout. Nick Vespi also did not allow a run in 11/3 innings with a strikeout. Bryan Baker and Cionel Pérez also blanked the Guardians over the final two innings.

Note: After the game, the Orioles optioned right-hander Marcos Diplán to Norfolk.