Orioles put on power show in 5-4 win over Guardians - BaltimoreBaseball.com 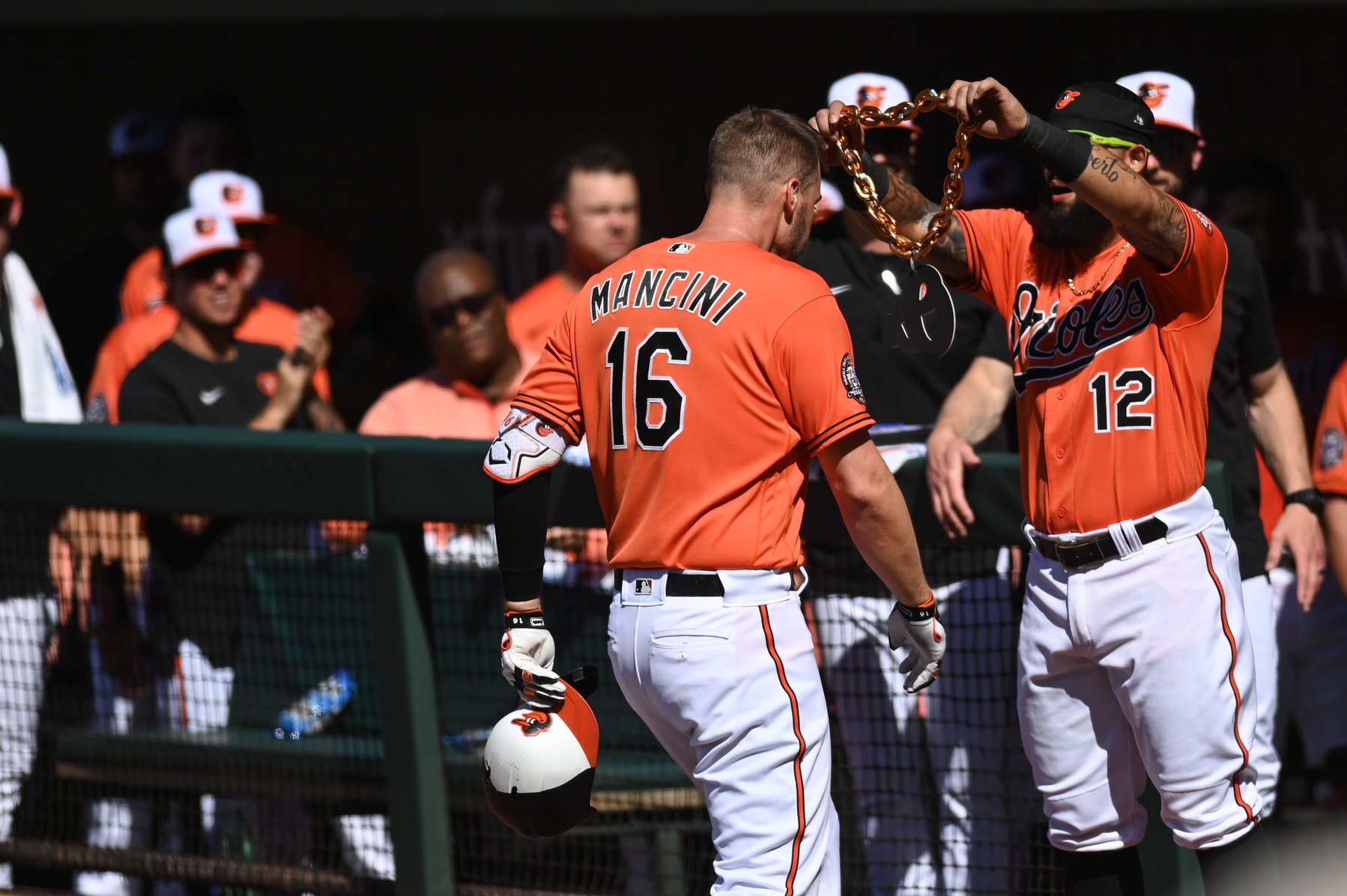 Who says Camden Yards is no longer a homer-friendly ballpark?

Trey Mancini, Rougned Odor and Austin Hays hit long home runs and the Orioles evened their three-game series against the Cleveland Guardians with a 5-4 victory on Saturday at Camden Yards.

Mancini’s homer to left field traveled 438 feet, the longest by an Oriole this season, according to Statcast.

“I think when it warms up, the ball starts to jump,” Orioles manager Brandon Hyde said. “We kind of knew that was going to happen. There was a lack of home runs early, and the weather played a big part in that. And now the ball was carrying. Trey smoked that baseball and [Odor] and Hays … that was fun to watch.”

Reliever Félix Bautista (2-1) picked up the win and Jorge López got the last four outs for his seventh save.

Oriole starter Tyler Wells knew it was going to be a short outing in  discussions with Hyde and pitching coach Chris Holt after he threw 88 pitches in six innings in Boston on Monday. Wells allowed two runs and two hits — the two homers — in four innings. He threw 62 pitches.

“I didn’t want to come out of the game,” Wells said. “That’s just the competitive side in me. I’m glad that Hyder was able to pull me aside and talk to me about it. That makes the decision easier, but at the same time, too, I still wanted to be out there.”

This time, shortstop Jorge Mateo moved far to his right into the outfield grass to backhand a shot by Oscar Gonzalez in the seventh and made a two-hop throw to nail Gonzalez at first.

Mancini answered for the Orioles in the bottom half with a solo shot into the Guardians’ bullpen. Mancini has homered twice in his last four games and has hit safely in eight of his last nine, batting .412 (14-for-34) with four doubles, one triple, two home runs, and seven RBIs.

The Guardians scored twice in the fifth on pair of fielder’s choice plays to cut the lead to 5-4, and they loaded the bases in the eighth before Lopez retired Josh Naylor on a fly ball to end the threat.

“It was kind of a strange line,” Cleveland manager Terry Francona said. “He threw three hits and they were all home runs. He’s been really good. Thinking these kids aren’t going to be perfect probably isn’t fair.”