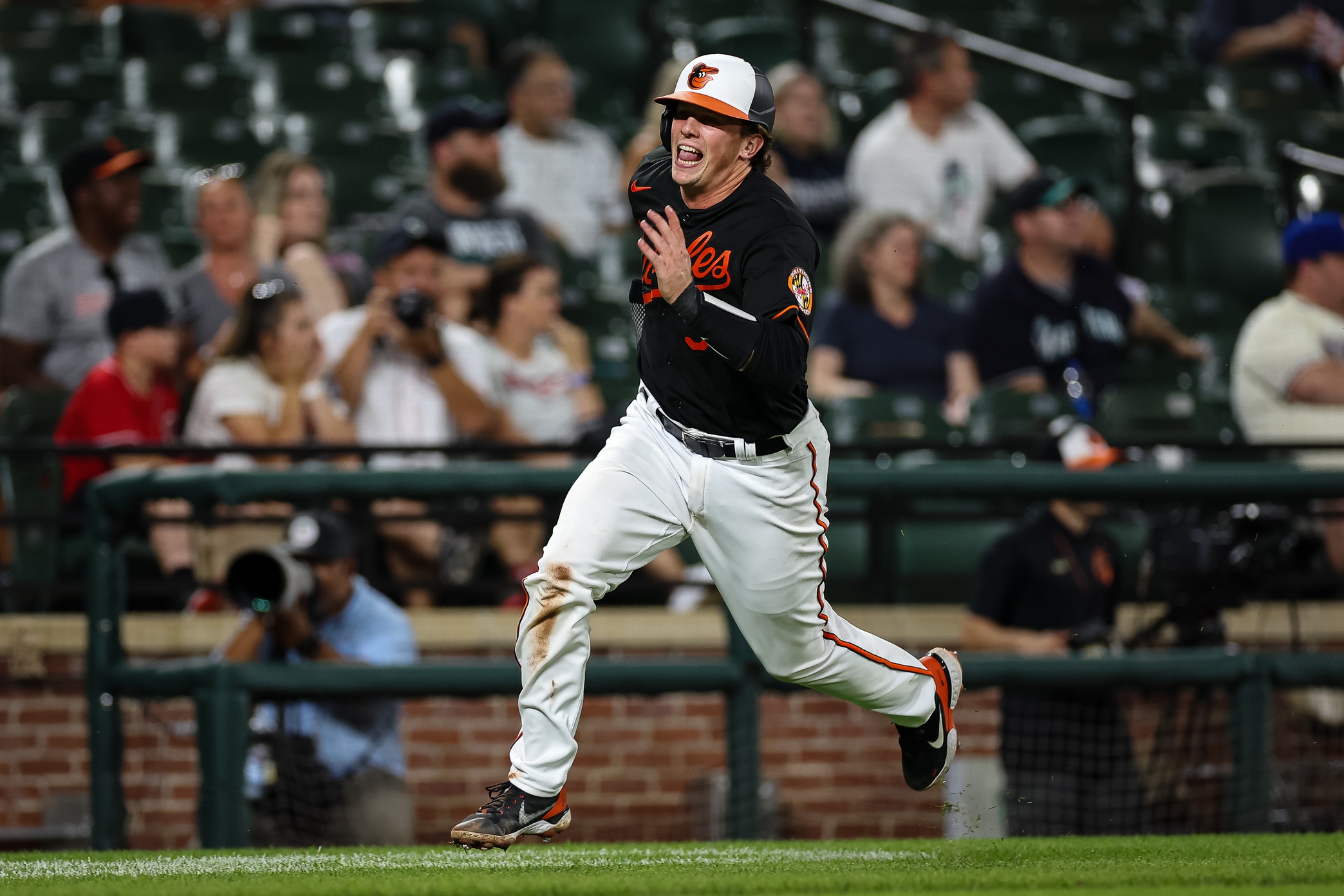 Orioles manager Brandon Hyde laughed at the chagrin of the fans when catcher Adley Rutschman was held out of the lineup Saturday against the Cleveland Guardians. Hyde did not find humor in the fans’ disappointment but in the lofty expectations facing the Orioles’ top prospect.

As a former catcher, Hyde fully understands the challenge Rutschman faces working with new pitchers and trying to get his offense on track.

However, Hyde thinks the young player is handling the pressure well and is confident he’s going to be a solid major league player.

“I told him when he first got here, ‘I just want you to relax. It’s going to be impossible to relax, but relax as best you possibly can and have fun with it,’” Hyde said before Saturday’s game. “He’s aware that there are young players around the league that are high picks and high prospects that are struggling.

“People are talking about it, and it’s because it’s hard to hit right now in the big leagues. It just takes adjustments and it takes a little bit of time, and he’s doing just fine.”

Rutschman is batting .149 with a double and triple in 12 games since being promoted from Triple-A Norfolk on May 21st. He hit a line drive into the shift to end the Orioles’ 7-6 loss to the Mariners on Thursday, and he was robbed of a double down the left-field line on Friday. He also struck out three times as the Orioles struggled against Shane Bieber.

Defensively, Rutschman has been mostly solid and has thrown out one of four baserunners trying to steal. He also has been charged with two throwing errors.

Rutschman missed spring training because of a right triceps muscle strain. Before the injury, it was thought that Rutschman would make the Opening Day roster. Instead, he had to go on a rehab assignment.

He’s still learning the nuances of the game

“It’s a lot easier once you’ve been here for a while,” Hyde said. “You know the league and you know opposing players and you know how to prepare. You’re just going out and playing like a professional instead of knowing the spotlight’s on you. You’re trying to perform, you’re trying to do what’s best for the guy on the mound, you want to win.

“There are a lot of things that factor into it, especially being a young player today. I don’t know how these guys do it with social media … it’s so hard.”

Rutschman, 24, has become a draw at Camden Yards and fans are disappointed when they get to the ballpark and he’s not in the lineup. However, Hyde is going to give Rutschman a normal day off from catching, and he also has Trey Mancini, Ryan Mountcastle and Anthony Santander available to serve as the designated hitter.

In short, Rutschman is being treated like every other player on the Orioles’ roster.

“I know how hard it’s going to be and difficult it is, and he just has to kind of get over the early stage of being a major league player,” Hyde said. “It’s not easy. I just think support, that’s what we’re going to do and that’s what we’re here for is to stay positive with him.”