Orioles are overmatched again by Bieber in 6-3 loss to Guardians - BaltimoreBaseball.com 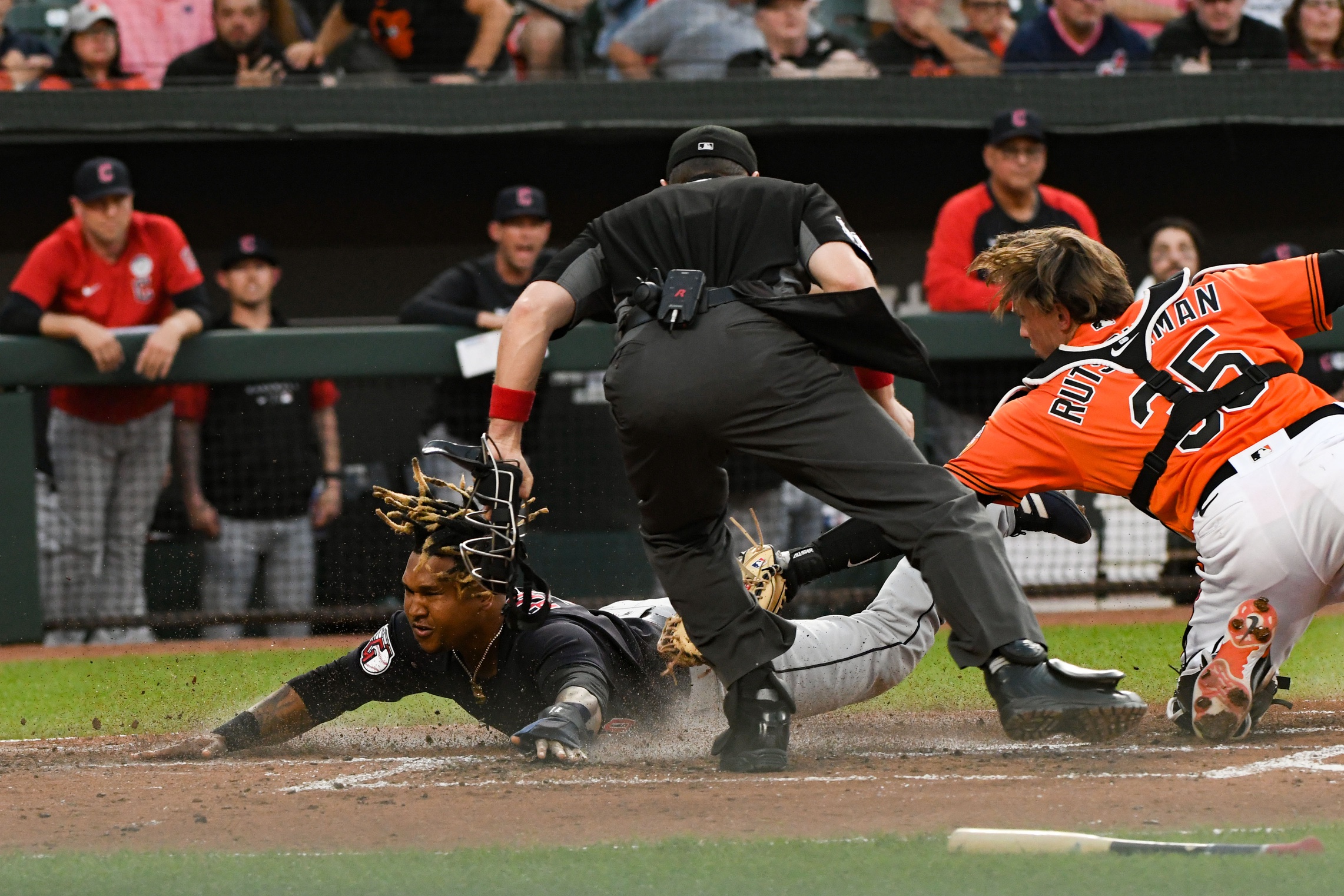 Austin Hays has been one of the Orioles’ hottest hitters, but his 13-game hitting streak was brought to an end Friday night when the Orioles were dominated again by Cleveland starter Shane Bieber.

The Orioles knew they were going to be challenged by Bieber, who entered Friday’s game having thrown 17 scoreless innings in his two career starts against them.

Bieber rolled through their lineup until Trey Mancini managed a two-out single to left field in the sixth.

And even though the Orioles managed a rally against the Guardians’ bullpen, Bieber had put his team in a position to win, 6-3, at Camden Yards.

“We didn’t do a whole lot against Bieber,” Orioles manager Brandon Hyde said. “I think it was more of a relief that we got a hit against a guy who was in complete control. We were having a tough time. He was throwing elevated fastballs, sliders. We had a tough time with his slider down and away and he had a good curveball. That’s as dominating as I’ve seen here in a while.”

The Oriole bats didn’t come to life until the eighth when Rougned Odor and Tyler Nevin led off with back-to-back hits that ended Bieber’s night.

Enyel De Los Santos entered and struck Jorge Mateo before throwing a wild pitch that allowed the runners to advance. Mancini then hooked a two-run double down the left-field line before Anthony Santander ripped a single off the right-field wall to cut the margin to 6-3.

That prompted Cleveland manager Terry Francona to go to the bullpen again for Eli Morgan, who struck out Hays to end the threat. Hays went 0-for-4.

Emmanuel Clase pitched the ninth and retired the Orioles in order for his eighth save.

Bieber (3-3) was charged two runs and three hits and had a season-high 11 strikeouts, walking two. It was the 16th game he finished with 11 or more strikeouts since he made his debut in 2018, the sixth-most among MLB pitchers during that span.

Bieber has allowed three or fewer earned runs in 34 consecutive road starts, marking the longest such streak since earned runs became an official statistic in 1913.

“Obviously, [Bieber] has amazing stuff even though his velo is down maybe a couple of miles an hour this year,” Mancini said. “He’s still every bit of the pitcher he has always been. He’s one of the best pitchers in the game for a reason. He knows how to pitch. He knows how to locate and he still has great stuff. He’s really good and tonight we have to tip our cap to him because he did a great job against us.:

While Bieber was dominating, the struggles continued for Orioles left-hander Bruce Zimmermann.

Zimmermann (2-4) allowed five runs on eight singles and two doubles in 5 2/3 innings. He struck out one. He has given up 20 earned runs in his last four starts after allowing just 11 in his first seven outings.

It was the first time in four games Zimmermann did not allow a homer — he gave up nine in his previous two starts — and the third start in which he didn’t issue a walk.

“We had a couple of things we wanted to address going off the last couple of starts,” Zimmermann said. “We thought possibly the Red Sox and the Yankees might have picked up on some stuff in my windup that was allowing them to tip some pitches. So, we made some adjustments in my set and windup out of the stretch, which was tough to get used to in one start but didn’t feel all too unfamiliar.”

The Guardians took the lead in the first on a two-run double to Owen Miller.

Miller drove in two more runs with a single in the third and Josh Naylor followed with another base hit that increased the lead to 5-0, which was more than enough run support for Bieber.

A towering double off the right-field scoreboard by Naylor off Denyi Reyes boosted the lead to 6-0 in the seventh.