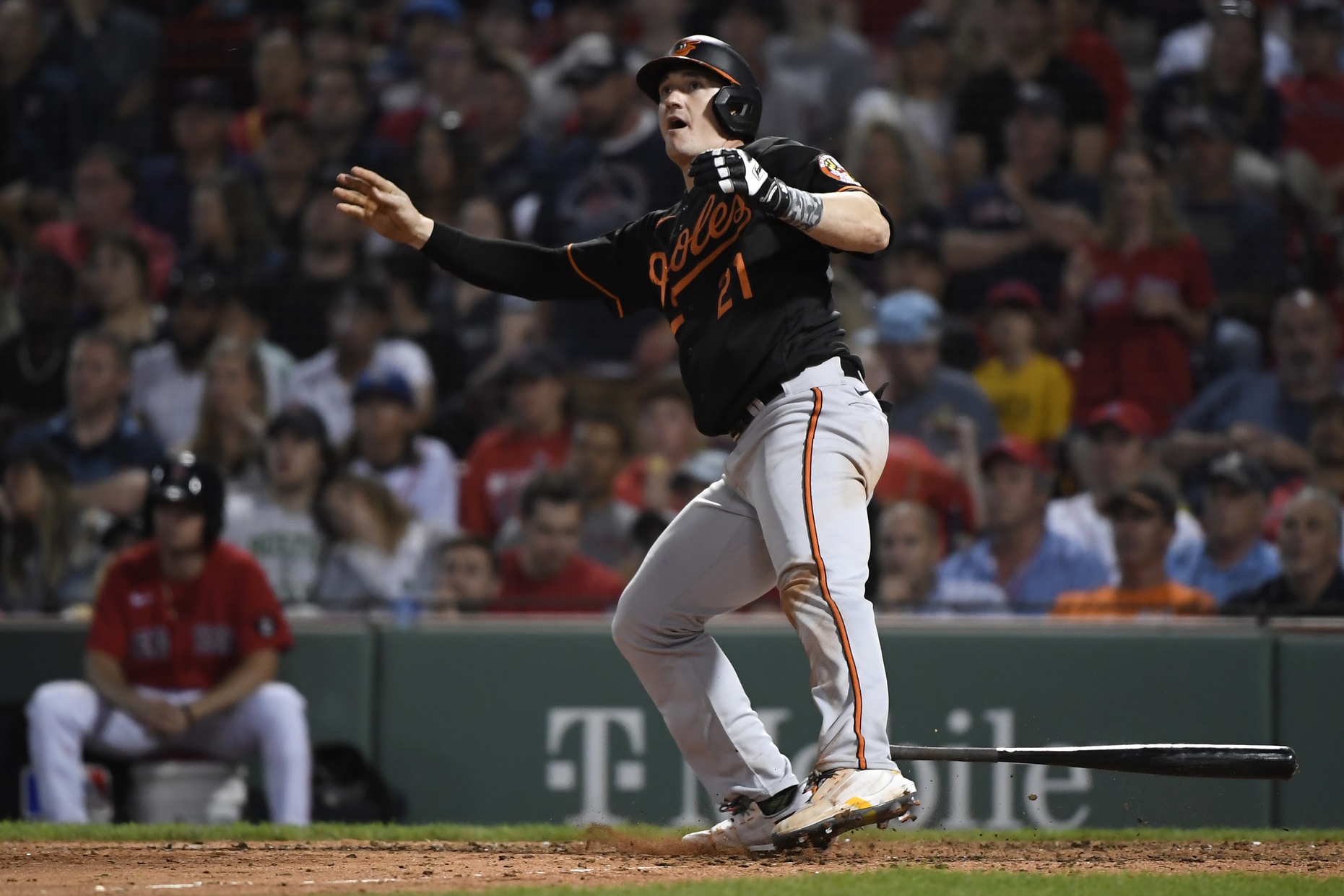 Orioles outfielder Austin Hays still has some nasty scars on the hand that was stepped on by Cardinals pitcher Génesis Cabrera three weeks ago, but he said on Wednesday that he is close to putting away the batting glove he has been wearing since he returned to the O’s starting lineup five days later.

Hays, of course, is one of the few players in the major leagues who – under normal circumstances – does not wear a glove on either hand when he’s at the plate. Though he has been swinging the bat very well and entered Wednesday’s game against the Seattle Mariners riding an 11-game hitting streak, he said that he’ll go back to hitting bare-handed as soon as the area where he received stitches in his finger clears up completely.

Manager Brandon Hyde marvels at the way Hays bounced back from the spike slash, coming in as a defensive replacement the following night in Detroit and returning full time four days after that.

Can Bradish bounce back?: Rookie starting pitcher Kyle Bradish will take the mound on Wednesday night coming off the toughest outing of his young major league career. He allowed six earned runs in just 1 2/3 innings to the Boston Red Sox on Friday night in a game the Orioles came back to win with 10 unanswered runs in their final three at-bats.

Now, it’s time to find out how Bradish will bounce back against another team which – if Tuesday’s 10-0 loss is any indication – can put some crooked numbers on the scoreboard.

“He’s got his work cut out for him,” Hyde said, “but I’m looking forward to see how he responds after a tough outing. That’s part of the learning curve being a young major league player. You’re going to have ups and downs and it’s how you deal with adversity and I think Kyle is going handle it.”

Quick hits: The Orioles optioned pitcher Zac Lowther to Triple-A Norfolk and recalled right-hander Denyi Reyes, who pitched well in a scoreless two-inning relief appearance against the Tigers on May 13th and allowed just one run over a 3 2/3 inning start against the Red Sox in the second game of Saturday’s doubleheader… Top prospect Adley Rutschman, who struck out three times in four at-bats on Tuesday night, was not in the lineup for the second game of the Mariners series, but Hyde said the day off was scheduled well in advance. “He’s been scheduled for awhile,’’ Hyde said. “It’s just a regular day off.”