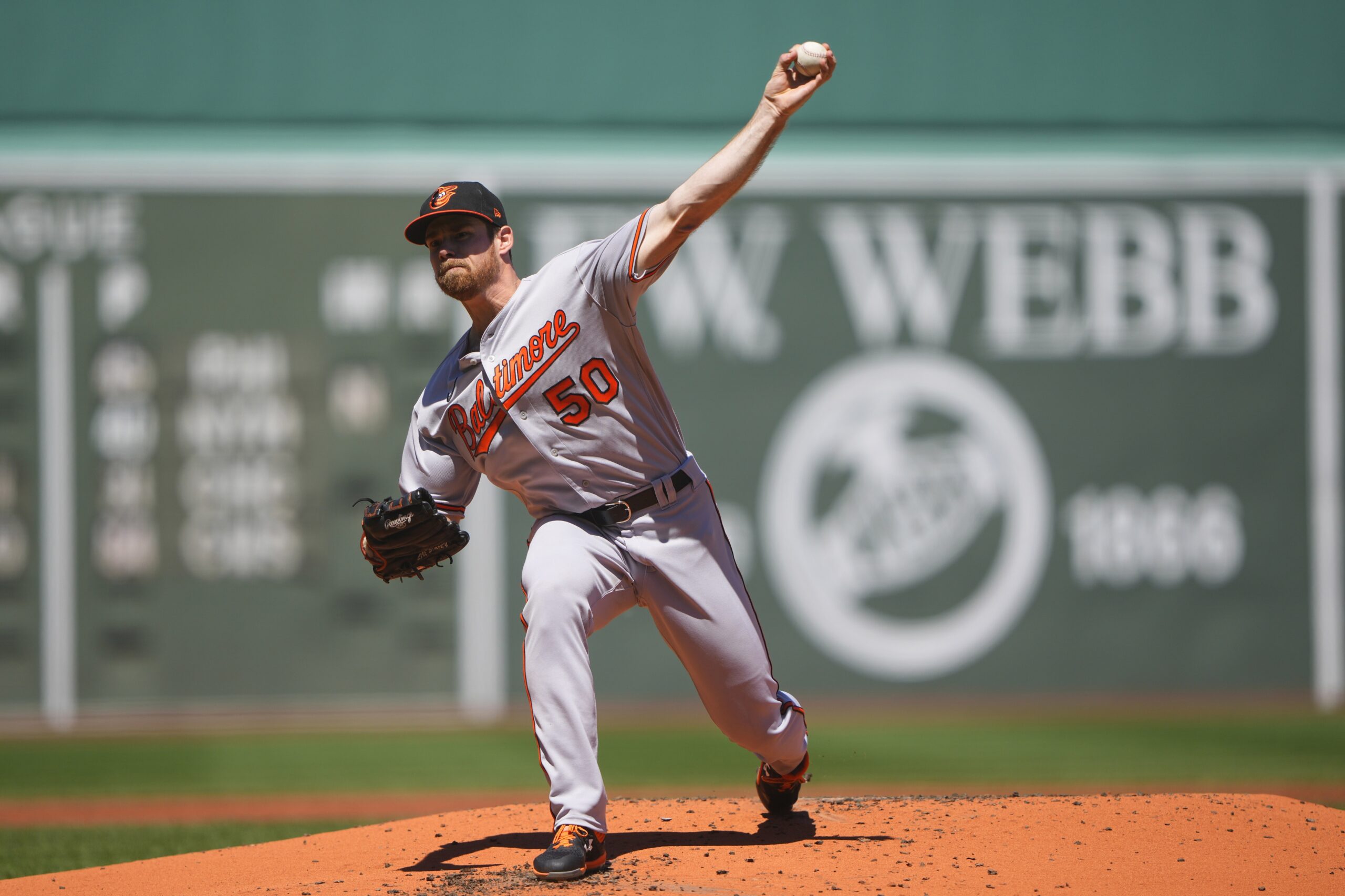 Zimmermann also allowed four home runs to the New York Yankees on Monday night. The left-hander from Ellicott City hadn’t given up more than two in a game.

In his first six starts, Zimmermann (2-3) allowed just one homer.

Asked after the game if he was concerned about Zimmermann after nine home runs in two starts, manager Brandon Hyde simply said he left too many pitches in the middle of the plate, and the Red Sox weren’t missing.

Four of the five Boston home runs were solo shots. Bobby Dalbec hit a two-run home run in the second.

Cody Sedlock, the Orioles’ top draft choice in 2016, made his major league debut in relief of Zimmermann and pitched three scoreless innings before giving up five runs in the eighth to Boston (23-25). Hyde said that Sedlock pitched well, and that he stretched him too much by trying to get an extra inning.

Trey Mancini had three hits and and is hitting .298.

The 10-run margin of defeat was the largest against the Orioles (20-29) this season.

The Orioles still need a starter for their game on Tuesday night against Seattle. Sedlock isn’t an option.

Showing improvement: Sunday’s loss wasn’t pretty, but the Orioles are a better team than they were in 2021, and perhaps on their way to getting better still.

Their record of 20-29 translates to a 66-96 full-season record, which would be a 12-game improvement over last season.

There are some promising trends. The Orioles are 6-8 in one-run games. All last season, they won only 13 while losing 24.

Most promising, with the new dimensions in left field — the wall nearly 30 feet deeper and 6 feet higher — the Orioles are 12-11 at home. Last year, the Orioles won one of every three games at Camden Yards (27-54).

The games are closer, and the team is playing better. Top prospect Adley Rutschman is here. And top pitching prospect Grayson Rodriguez is coming soon.

The Orioles are 8-18 on the road, but they’ve already had two of their three trips to Yankee Stadium and Fenway Park and won’t return until the final days of the season.

The Orioles are 10-16 against the Red Sox, Yankees and Tampa Bay Rays and 10-13 against everyone else. They’ve yet to play the first of their 19 games against the Toronto Blue Jays.

After the Orioles conclude their series against the Red Sox on Monday night, they’ll play 12 straight games against teams with records under .500 — Seattle, Cleveland, the Chicago Cubs and Kansas City.

Minor league update: In his third rehab start, Dean Kremer pitched four shutout innings, allowing just one hit, striking out seven in Triple-A Norfolk’s 8-4 win over Gwinnett. Kremer has yet to allow a run in nine innings as he rehabs from a left oblique injury. He walked one and threw 60 pitches.