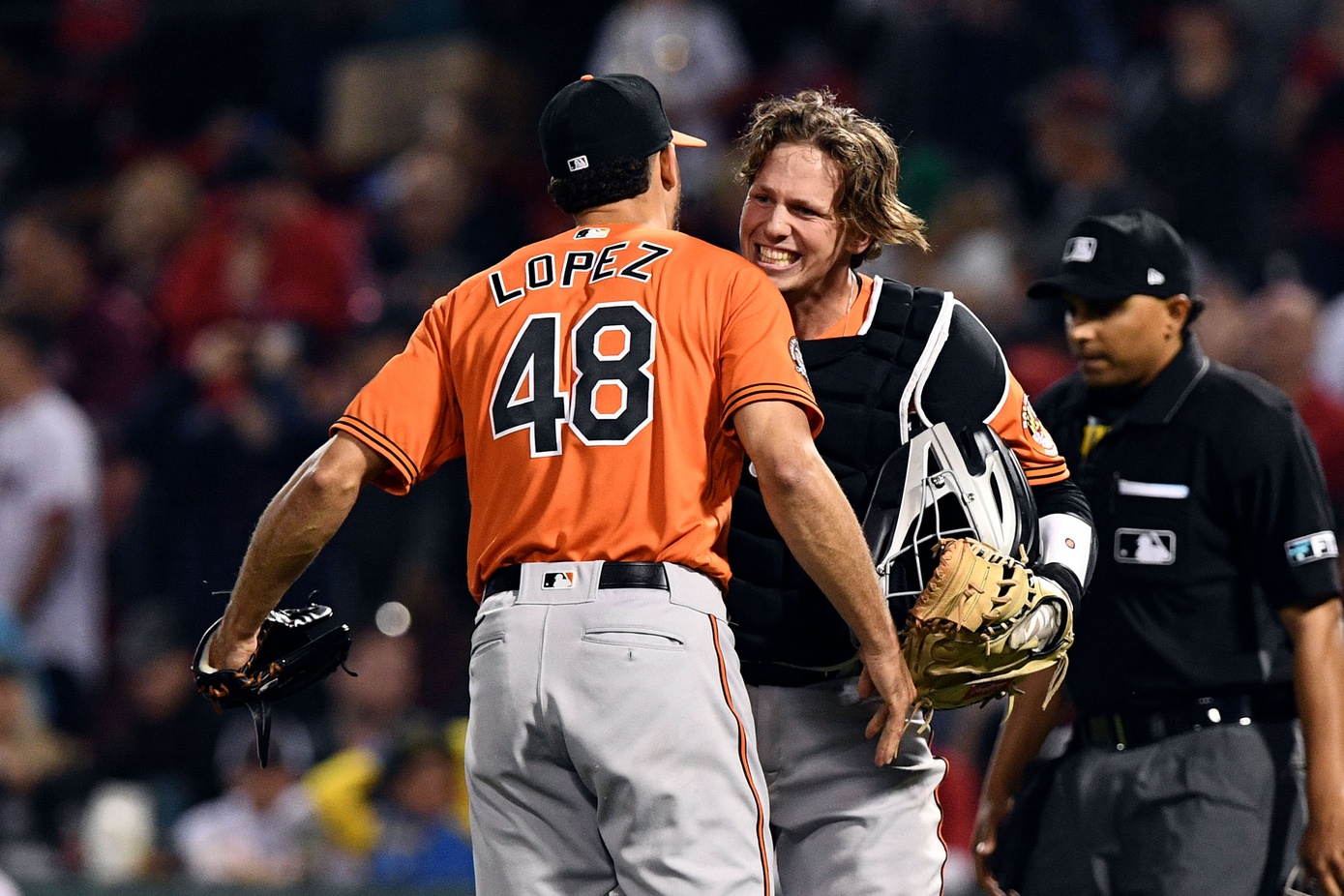 Second baseman Rougned Odor hit a three-run home run and four Oriole relievers combined to throw 5 1/3 innings in a 4-2 win in the second game of a day/night doubleheader with the Boston Red Sox on Saturday at Fenway Park.

The Orioles lost the first game, 5-3.

Odor hit his third home run in the second game. In the first game, his career-long 11-game hitting streak ended.

In his first major league start, Denyi Reyes allowed a run on four hits in 3 2/3 innings.

“Incredible job by our bullpen guys,” manager Brandon Hyde told reporters in Boston. “Denyi did a nice job, keeping us in the ballgame. He went through the lineup almost twice. Best-case scenario for us with him today.”

Odor hit his home run against Boston starter Josh Winckowski (0-1). Winckowski and Reyes were teammates on Double-A Portland in the Red Sox organization a year ago.

Decision time: Hyde has an interesting decision to make when the Orioles return home on Tuesday to play the Seattle Mariners. After coming up with Reyes as the spot starter for Saturday’s second game of the day/night doubleheader with the Red Sox, he’ll need another one.

Hyde won’t make his mind up now or, if he knows, he isn’t saying.

His options appear limited. The Orioles could start Kyle Bradish on three days’ rest after he threw just 62 pitches, the fewest in his six major league starts, on Friday night. But that won’t happen. The Orioles want their young pitchers working on regular rest.

They could start Cody Sedlock, whom the Orioles added to their 40-man roster before Saturday’s first game, but Hyde could need him out of the bullpen on Sunday or Monday. Sedlock’s longest appearance this season was 5 1/3 innings when he threw a season-high 90 pitches, but if the Orioles start him, they’ll need a refreshed bullpen to back him up.

The Orioles need a fifth starter to replace Spenser Watkins, who’s on the 15-day injured list because of a bruised right elbow. Reyes, who was the 27th man for the doubleheader, filled in what would have been Watkins’ spot, but they’ll need a sixth starter.

It won’t be Grayson Rodriguez, who pitched seven shutout innings, allowing two hits and striking out 10 on Friday for Triple-A Norfolk. Nor will it be Dean Kremer, who has another rehab start on Sunday for the Tides.

DL Hall would be working on four days’ rest, but executive vice president/general manager Mike Elias has a plan for the Orioles’ top pick in the 2017 draft, and that plan doesn’t mean a Hall start.

Zac Lowther also would be working on four days’ rest. He’s on the 40-man man roster, but the Orioles have passed on multiple opportunities to promote him this year. Lowther is 1-4 with an 8.26 ERA, but Elias and Hyde have said the Orioles need to see what their top prospects can do in the majors.

If they don’t pitch well, they’ll move from them. It’s obvious that Rodriguez’s time is fast approaching, but that time won’t be Tuesday.

Shortstop Joey Ortiz hit a two-run home run and drove in four runs and centerfielder Hudson Haskin hit a two-run homer as Double-A Bowie broke a six-game losing streak with a 7-1 win over Erie. Ortiz’s home run was his third and Haskin hit his seventh. Ryan Watson started and allowed a run on four hits in four innings.