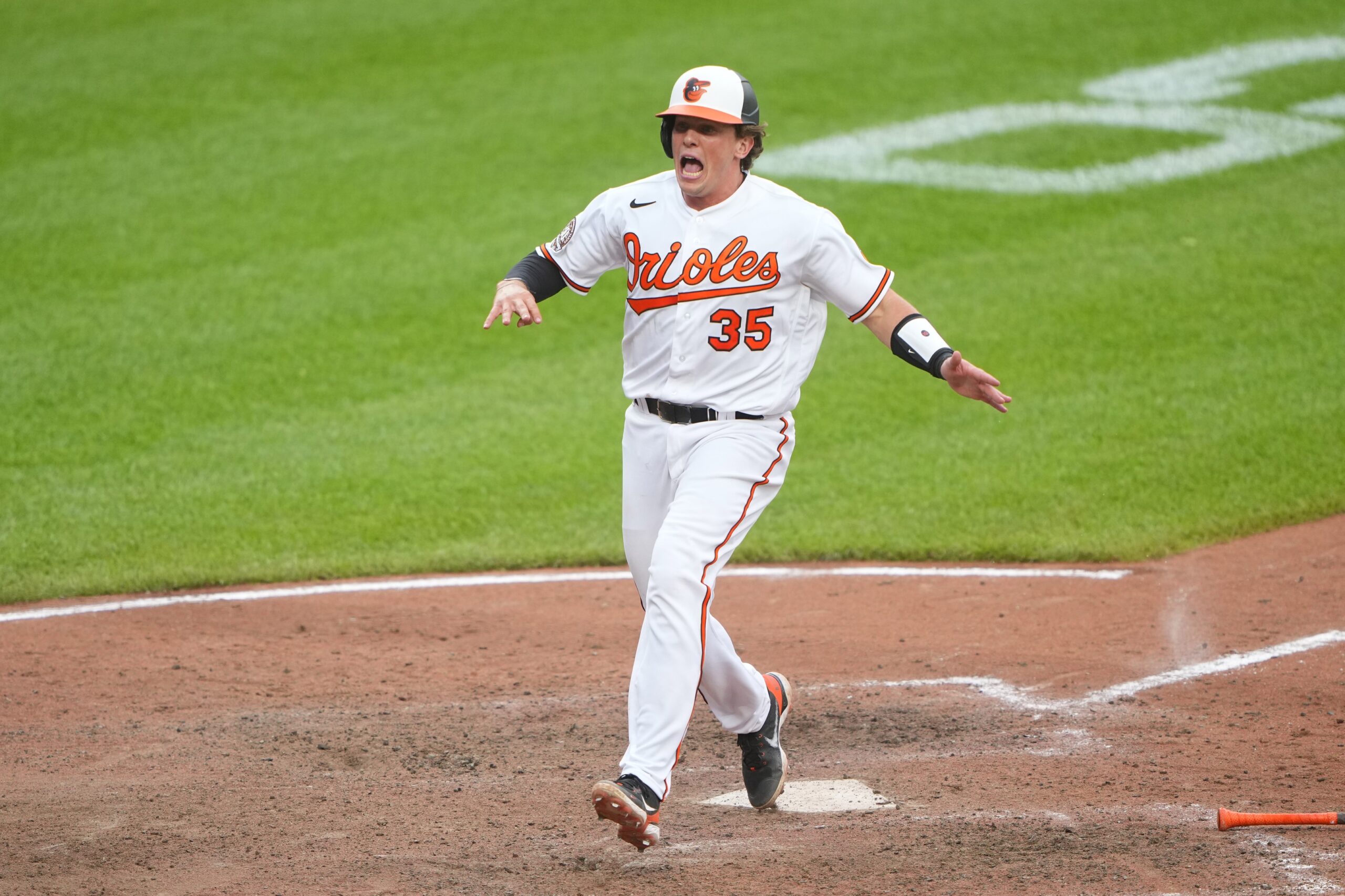 When Adley Rutschman’s long-expected promotion to the Orioles finally came last Saturday, the team announced that the top prospect would be assigned No. 35.

That shouldn’t have been a surprise. Rutschman wore No. 35 as far back as Oregon State, and Oriole jerseys with 35 have been regularly sold and spotted at the ballpark since last year.

However, there have been fans and even media members who expressed outrage. Mike Mussina wore No. 35, and his jersey was never retired by the Orioles despite entering the Baseball Hall of Fame in 2019.

Mussina’s legacy with the Orioles was a complicated one. He left the team after 10 seasons to join the New York Yankees in 2001. His statistics were a little better in 10 seasons with the Orioles than his eight seasons in New York. Mussina, who won 270 games and lost 153 in his 18 seasons, was 147-81 with the Orioles and and 123-72 with the Yankees.

He declined to be identified with either the Orioles or Yankees on his Hall of Fame plaque.

The Yankees have retired 21 numbers, including those of Ron Guidry, Elston Howard, Paul O’Neill, Andy Pettitte, Jorge Posada and Bernie Williams, all outstanding players who aren’t in the Hall of Fame, but they’ve yet to retire Mussina’s 35.

Mussina played for two Oriole teams that lost the American League Championship Series in 1996 and 1997. When he left the team, his jersey number was issued to left-handed pitcher Josh Towers in 2001, and between Towers and Rutschman, no fewer than 11 other players wore that number.

After the deaths of Cal Ripken Sr., Elrod Hendricks and Mike Flanagan, the numbers 7, 44 and 46 weren’t issued again. At the time Flanagan took his life in August 2011, pitcher Jeremy Guthrie wore 46, but after he was traded before the 2012 season, it wasn’t used again.

Those number are unofficially retired, and so is Adam Jones’ 10.

Jones’ refusal to agree to a July 2018 trade has complicated his legacy with the Orioles, though certainly not with his fans, and it seems as if his number will eventually be retired, though he wasn’t a World Series winning player, either.

Rutschman is off to an impressive start with the Orioles. He was 2 years old when Mussina pitched his last game with the Orioles. It seems a stretch to combine Rutschman’s debut with Mussina’s departure, especially when the club issued No. 35 so often.

Time changes for concerts: The Orioles are holding postgame concerts after three games this summer.

Flo Rida will perform after the June 17th game against Tampa Bay. Game time has been changed to 6:05 p.m.

Dru Hill, Sisqó and Smash Mouth will perform after the August 6th game against Pittsburgh. Game time is 5:05 p.m.

The Struts will perform after the September 10th game against Boston. Game time is 5:05 p.m.

The Orioles will have a 27th player for Saturday’s doubleheader. That player is likely to start the game that Lyles doesn’t.

Friday’s game will be seen only on Apple+TV. It won’t be on MASN.

Major League Baseball will allow teams to carry 14 pitchers through June 19th. Teams were to be limited to 13 players after Sunday’s games.