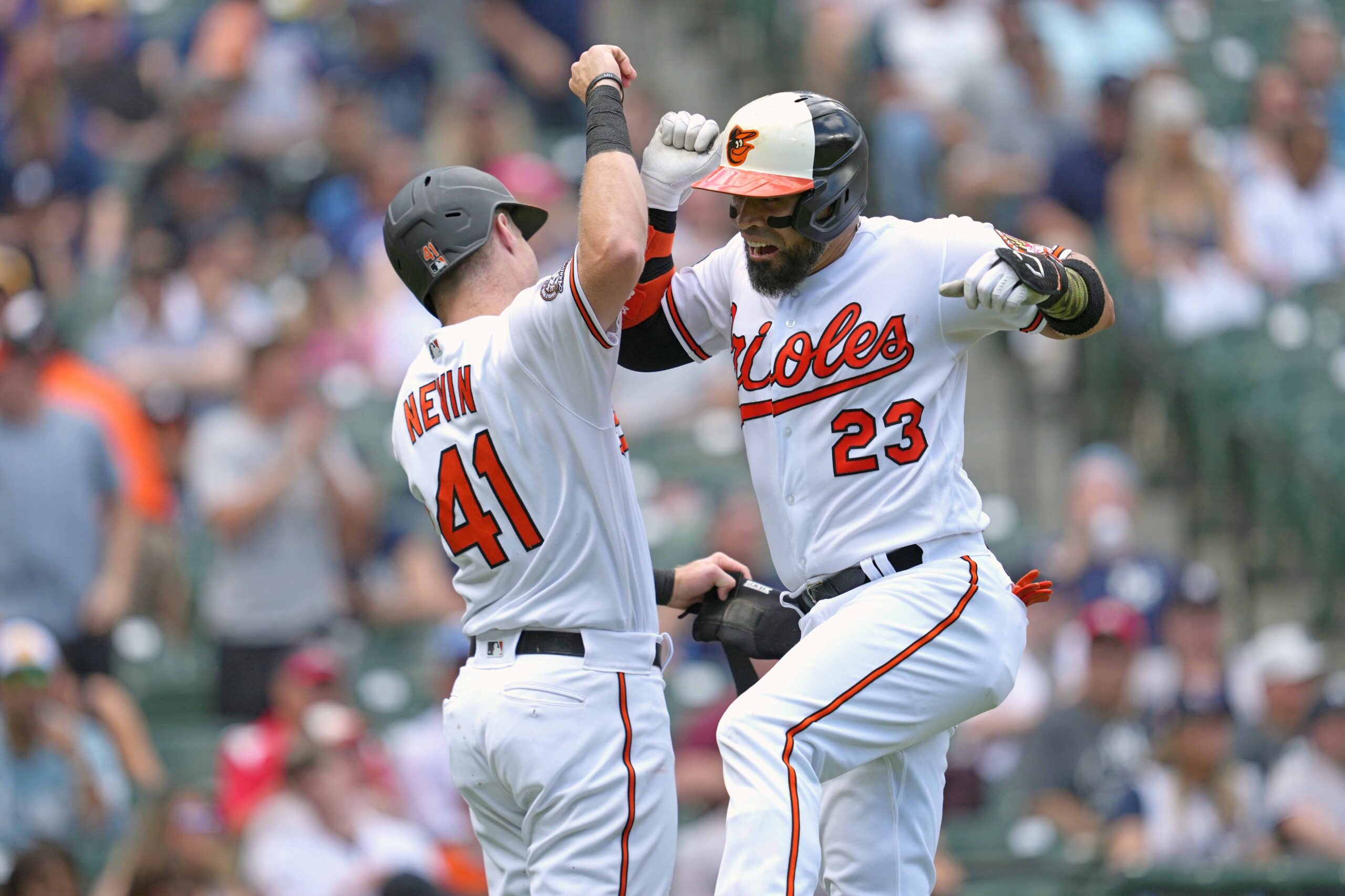 NEW YORK—The arrival of the Orioles’ top prospect, Adley Rutschman, means a change for starting catcher Robinson Chirinos. He’s now the No. 2 catcher and the No. 1 mentor.

The 37-year-old Chirinos is batting .140, and there’s no question that Rutschman, 24, is a step up offensively. Chirinos has eagerly provided guidance defensively.

“I know when we signed that was a chance it was going to happen,” Chirinos said “We didn’t know when it was going to happen. He’s a good kid, man. Everybody likes him. Everybody expected him to be here since spring training. He made this team better. Just trying to be the best I can to guide him, lead him and help him get better here in the league.

“We were just talking about how we were going to attack the hitters today from the other team. He’s asking questions. We need to help him and help the team.”

The Orioles are the sixth team for which Chirinos has played. He signed on March 14th as spring training began.

“My agent and I saw opportunities to play every day,” Chirinos said. “That was something I was looking [for] in the free-agent market. We thought I was going to have a good chance I’m going to have games to play here, and that’s why we choose to come here.”

“He really could be a coach,” Hyde said of Chirinos. “He’s so smart when it comes to the game and understands hitters and pitchers. He has a lot of experience.”

Hyde has a soft spot for veterans who can adapt well in a clubhouse.

“Robbie is the ultimate team guy,” Hyde said. “We knew that going in. This was his reputation of people he played for we talked to, his ex-teammates. It’s known throughout the league how much of a pro Robbie is, how supportive he is with everybody in the clubhouse,

“He’s the loudest guy in our dugout in the games he’s not playing and when he is playing. He’s supporting others, extremely positive. Once Adley got here, that was going to translate working with Adley, talking with him. Whenever Adley needs anything, Robbie’s that type of person, and a wonderful human being and a great teammate.”

Rutschman played two home games, making his debut on Saturday when he had a triple for his first career hit. It was an exciting even at Camden Yards, and the Orioles want to capitalize on that excitement by handing out T-shirts celebrating Rutschman’s promotion to the first 15,000 fans 15-and-over on June 3rd.

Chirinos understands what Rutschman represents, and the hope he brings. He also has noticed something different about Rutschman.

“How humble he is,” Chirinos said. “He’s the number one prospect in the minor leagues. He wants to get better. He’s asking questions. He came to me today asking how we attack them in the past. He wants to learn. That’s the only thing you ask for a young player in the league, willing to listen to players that have been here. They’ve done that before and he’s been doing that. That’s good to watch.”

Hyde acknowledged that not every veteran would be so accepting of a highly publicized rookie.

“I think those are discussions we had going into last offseason,” Hyde said. “That goal was going to be really important, to find the right fit there. I’m really happy not only with Robbie, but all the catchers we brought in. Robbie’s got a ton of experience, and he’s open to share.”

Before Rutschman’s arrival, Hyde praised Chirinos and backup Anthony Bemboom, who was designated for assignment on Saturday. Hyde, a former catcher, credits the catching for its role in the team’s improvement. Chirinos plans to continue to play a key role.

“It’s not only Bemboom and myself. It’s about them executing, making their pitch. We’re just trying to guide them and help this team so it’s fun to see those guys pitching well and hopefully we’ll continue to do that as a staff and give this team a chance to win a game every night.”