Rutschman triples, soaks in nightlong cheers in his debut as Orioles lose, 6-1 - BaltimoreBaseball.com 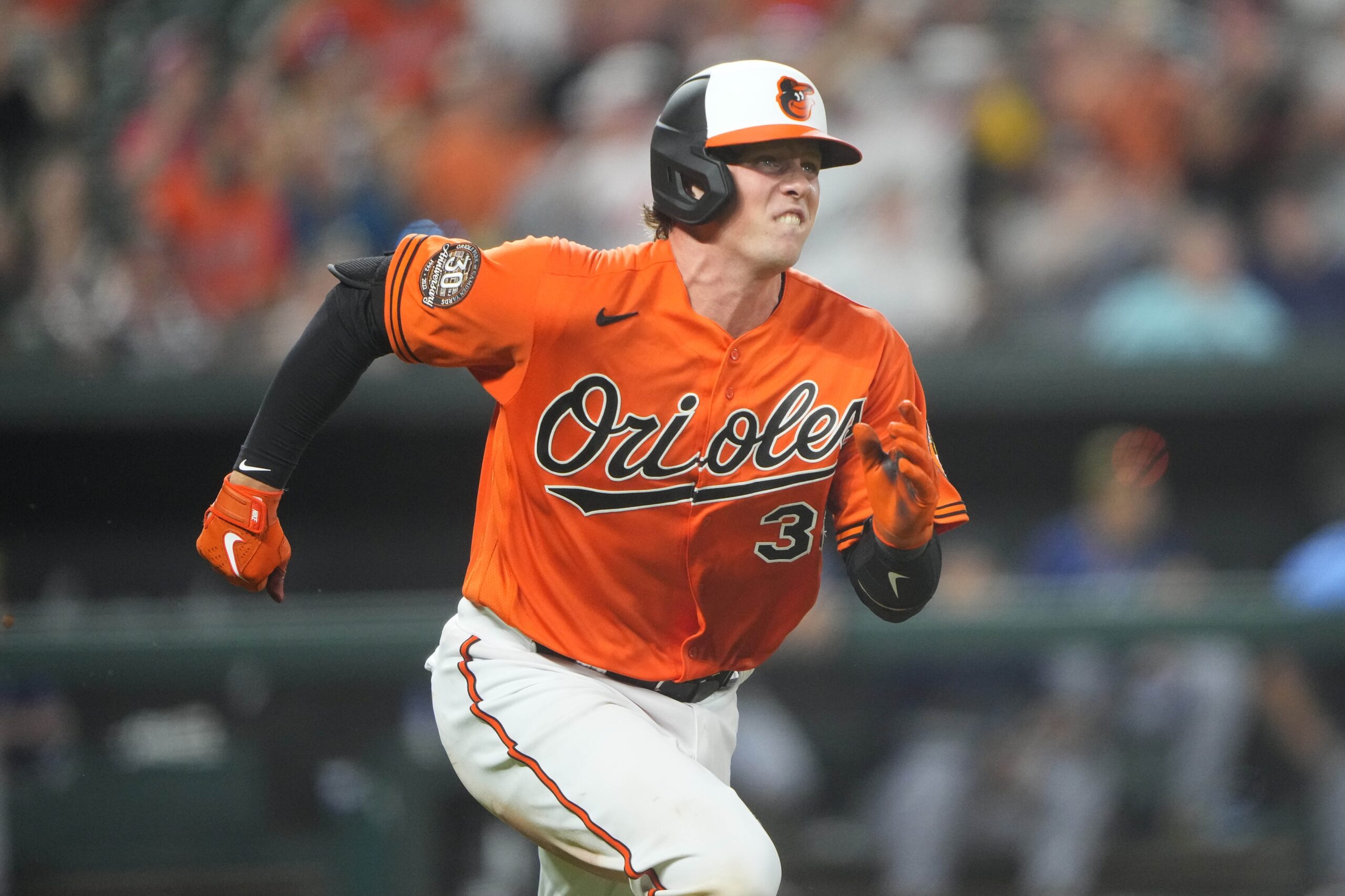 BALTIMORE—The announced crowd of 17,573 at Oriole Park cheered Adley Rutschman all night. They cheered when he took the field with the rest of the Orioles and gave him a prolonged standing ovation in his first at-bat. They even applauded when he struck out in that first at-bat.

The Orioles’ top prospect, who found out late Friday night that he’d be making his major league debut on Preakness Day, brought an excitement to the park that lasted throughout the evening.

“Definitely relieving, a triple was not an expected outcome,” Rutschman said.

Besides striking out on five pitches in the second in his first at-bat, and the triple, Rutschman walked in the fifth, but was erased when Tyler Nevin hit into a double play, and popped to short leading off the ninth.

“Extremely blessed to be able to play this game, have people who support me and cheer for me,” Rutschman said.

Manager Brandon Hyde enjoyed the atmosphere and the approval at unusual times.

For Rutschman, the cheering mattered far less than the result.

“Obviously, lost the game and just kind of looking forward to being with the team, trying to win games again,” Rutschman said. “Obviously special that a lot of people were cheering tonight. I can’t wait to get to that normal, everyday team aspect. Definitely a special moment.”

Oriole starter Kyle Bradish (1-3), who was caught by Rutschman many times at Triple-A Norfolk and Double-A Bowie, allowed five runs on five hits in 5 1/3 innings.

Randy Arozarena, who had four hits in Friday night’s game, hit two home runs, a two-run home run in the first, and a home run to left in the fourth.

Arozarena has five multi-hit games, three against the Orioles. He’s hitting .413 with 11 home runs in 23 games against them, and Bradish learned it’s not easy to pitch to last season’s American League Rookie of the Year.

“I made it look pretty difficult tonight,” Bradish said. “Apparently, he’s been the Orioles killer the last couple of years, and I helped that. First time, just got to be better.”

Besides Rutschman’s triple, the Orioles (16-25) had just one other hit through seven innings — Trey Mancini’s infield hit in the second, which extended his on-base streak to 15.

In the eighth, Austin Hays, Anthony Santander and Mancini delivered consecutive two-out singles for the Orioles’ only run.

On Sunday, Rutschman will be the designated hitter, and perhaps things will begin to seem normal. After his interview session, he went on the field and took pictures with his family.

“Everything was kind of unexpected,” Rutschman said. “You can’t really think about what’s going to happen when you’re out there. I didn’t know what to expect, just kind of soak everything in, like I was talking about with those little things in between innings, every [at-bat], make sure I remember those moments.”

For Hyde, it’s on to Sunday’s game and then an eight-game road trip to Yankee Stadium and Fenway Park.

“I’m sure this is a huge relief at this point for him,” Hyde said. “There was so much buildup, anticipation. Great to see him get a hit out of the way. I thought he caught extremely well, was extremely impressed with his defense, had great walk, and he hit a triple. It was a great debut, and now he can exhale a little bit, and just start playing the game.”