Orioles' bullpen is making a difference in 2022 - BaltimoreBaseball.com 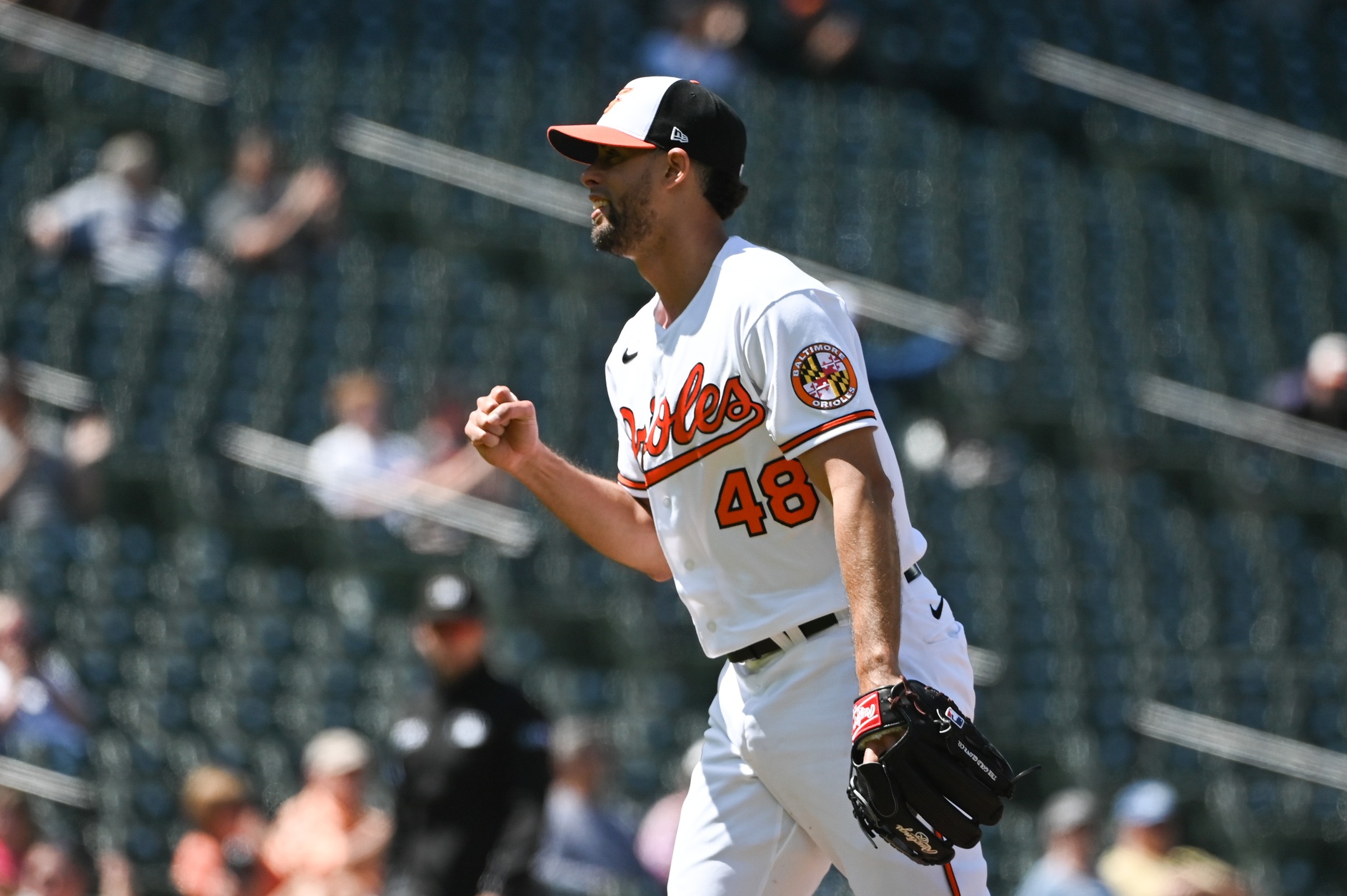 BALTIMORE—The Orioles’ bullpen has been a pleasant surprise in 2022. A year ago, the bullpen had a 5.70 ERA. Through Thursday’s game — a thrilling 9-6 win over the Yankees won on a walk-off home run by Anthony Santander — they have a 3.39 ERA. Yet, few people other than avid fans know their names.

Five of the nine relievers are rookies — Bryan Baker, Félix Bautista, Logan Gillaspie, Joey Krehbiel and Nick Vespi — but they’re not terribly raw. They range in age from the 25-year-old Gillaspie, who made his major league debut on Tuesday night with two scoreless innings, to Krehbiel, who’s 29 but had just six major league appearances entering this season.

The other four relievers — Keegan Akin, Jorge López, Cionel Pérez and Dillon Tate — are more experienced but only López is even eligible for arbitration.

The Orioles’ bullpen has gotten even younger since spring training. Five days before the season started the Orioles traded their only reliever over 30, Cole Sulser, and Tanner Scott to the Miami Marlins. On Wednesday, they traded their longest tenured reliever (five seasons), Paul Fry, 29, to the Arizona Diamondbacks for 19-year-old right-handed pitcher Luis Osorio.

“A lot of these guys, people haven’t heard of coming into this year,” manager Brandon Hyde said. “I didn’t know what our bullpen was going to look like going into the season, so many guys with not much experience, traded a couple of guys away that did have some and replaced with some good arms from Bautista to Pérez to Baker, Krehbiel.  I had no idea what Lopie was going to look like in the bullpen truly. They’ve just done an amazing job.”

In previous years, the Orioles had veteran relievers — Fry, Sulser, Shawn Armstrong, Richard Bleier, Miguel Castro and Mychal Givens. López and Tate are now the pitchers with the most tenure on the team. Hyde might prefer some more experienced pitchers, but he’s making it work.

“Ideally, you do, just like in the rotation, where guys can follow suit and see how somebody’s been doing it for a while now,” Hyde said. “I think guys do look for that, and veteran guys can give that a lot of times.

“Our guys, a lot of them, are minor league grinder-type of guys that have paid their dues in the minor leagues. It’s not like they had a quick minor league deal, and they’re up here in a year-and-a-half or two years. These guys have rode the bus for a while, seen a lot of players and logged quite a few Triple-A innings to be where they’re at right now.”

In Thursday’s 9-6 win over the New York Yankees, Baker, Tate, Krehbiel, López and Bautista combined to allow a run on three hits in four innings. The run was allowed by López, who was pitching for the second straight game.

“I think Jorge’s due for a time when he’s not perfect,” Hyde said. “He hasn’t had many of them. Maybe he didn’t have his best stuff today. A leadoff walk in the ninth inning has been unusual for him. He did a great job getting us out of the eighth inning.”

Only Akin and Vespi, who has yet to pitch since his Tuesday, are Oriole products. Four of them — Baker, Krehbiel, Lopez and Pérez — were waiver claims. Bautista and Gillaspie were signed as minor league free agents. Tate came to the Orioles in July 2018 from the New York Yankees as part of the deal that sent closer Zack Britton to New York.

“Even though we don’t have a veteran … we do have quite a bit of upper-level experience,” Hyde said. “They’re not like young guys. They’re feeding off each other.”

Because batters haven’t seen most of the relievers, they could be at an advantage. Things might get tougher when hitters have seen them multiple times.

“I think it’s the natural progression of being a major league player,” Hyde said. “Now, teams are going to have the book on our guys and they’re going to know that Félix Bautista throws 99 with a 91 mph spiit and a good slider at times. Those are just adjustments. I really like our guys’ stuff.

“I really like the makeup of the guys down there, and I really like the stuff coming out of the bullpen, and that stuff plays regardless if you know them or not. They’re learning the league, also. They’ve done a great job of pitching without fear, with confidence, and I look forward to them doing that the rest of the season.”