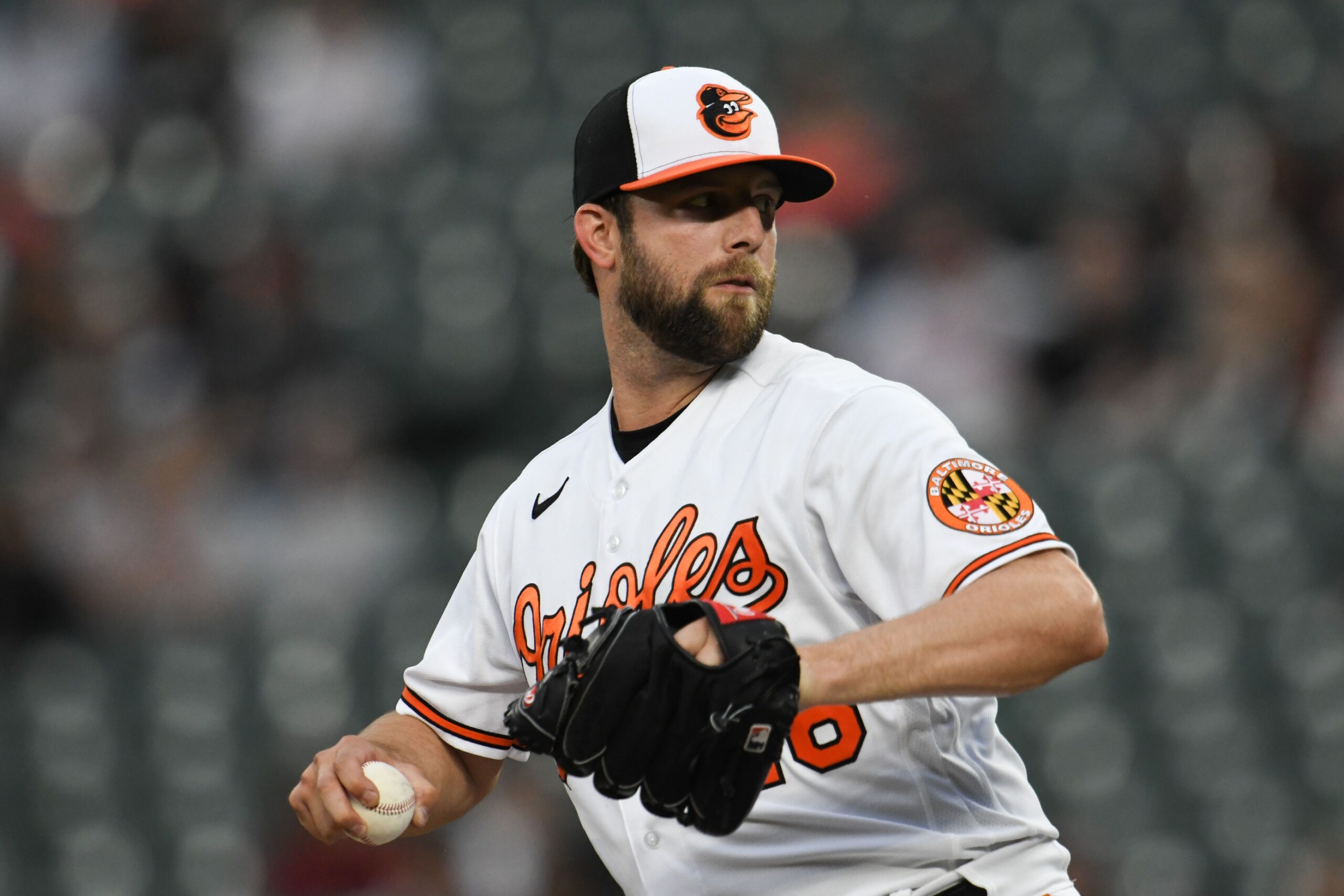 BALTIMORE—The hottest team in baseball, the New York Yankees, scored three runs in the first inning — two on a strange play –and held on to beat the Orioles, 3-2, before an announced crowd of 13,850 at Camden Yards. It was the Orioles’ sixth straight loss, dropping them to 14-24.

The Yankees (28-9) have won nine of 10. They scored their three runs in the first against Oriole starter Jordan Lyles. With two outs, Anthony Rizzo and Josh Donaldson singled. Gleyber Torres hit a double to score Rizzo. Then, on a wild pitch by Lyles that deflected off catcher Anthony Bemboom into foul territory on the third base side, Donaldson scored, and Torres came home when Bemboom’s wild throw to Lyles to get Donaldson went into foul territory on the first base side.

Lyles (2-4) retired the last 13 Yankees to face him and completed seven innings for the second time in his last three starts. He  threw a season-high 106 pitches.

“I’m pretty happy with what Anthony and I did tonight,” Lyles said. “Bouncing back after that first inning, a weird first inning.”

His eight strikeouts were a season-high, and for the first time in seven starts, he didn’t walk a batter.

“I thought he got better as the game went on,” Hyde said. “Command improved. I thought he kept guys off-balance. Really good breaking balls, really good sinkers. After the first inning, he kind of cruised there for the next six.”

Lyles entered the game with a lifetime 5.18 ERA, but he has compiled a 4.11 ERA in his starts for the Orioles.

“I think he’s doing what we thought he was going to do,” Hyde said. “This is an extremely tough division to pitch in. He’s answered the bell every time. He’s given us a chance to win every time out. He did that again tonight. He’s an ultra-competitor. He does not want to come out of the game. He feels like it’s his game, and I appreciate that about him.”

Lyles wanted to pitch the eighth, but Hyde wants him to realize the season is not even a quarter complete.

“Always tell the guys, ‘It’s for the boys,’ for the boys out in the bullpen,” Lyles said. “When in doubt, try to scratch out another [inning] … It’s such a long season. When they can count on you to go deep in the games, just wear one for the boys out there. That means a lot.”

The Orioles had four hits in the first five innings. Their best opportunity to score early came in the first when Austin Hays, who had been hitless in his last 18 at-bats, doubled with one out and advanced to third on Trey Mancini’s two-out single. Ramón Urias filed to left to end the first.

Cedric Mullins singled to start the sixth against Yankee starter Gerrit Cole. Mullins scored on a double by Hays and took third on a grounder to second by Anthony Santander. When Mancini bounced to Gleyber Torres at second, Hays broke for home, and was safe when he slid under catcher Jose Trevino’s tag.

Like Lyles, Cole (4-0) left after seven. With one out in the eighth, Hays reached on a swinging bunt but was doubled off when Santander lined to Rizzo at first.

Clay Holmes worked the final two innings for the save.

“We’ve been throwing the ball good,” Hyde said. “We’re just a hit or two from breaking out a little bit … I thought we took really good at-bats off [Cole] the first time in the order, and like an ace does, he settled in and got better as the game went on, and we had a tough time putting runners on base, but we pitched extremely well.”

Minor league update: Catcher Adley Rutschman, who Oriole fans are growing more eager to see  at Camden Yards, hit a two-run home run, his second in two nights, and third for Triple-A Norfolk in its 8-7 win over Charlotte. Rutschman is hitting .231 for the Tides in his rehab assignment.

Dean Kremer threw two scoreless innings in his first rehab start as Double-A Bowie lost to Hartford, 6-3. Kremer, who suffered a strained left oblique muscle on April 10th, allowed one hit and struck out five. He struck out the three Yard Goats hitters on nine pitches in the first, an immaculate inning. Kremer threw 25 pitches.

Gunnar Henderson hit his seventh home run, a two-run shot in Bowie’s 6-3 loss to Hartford. The Baysox, who have lost six straight, had just three hits.