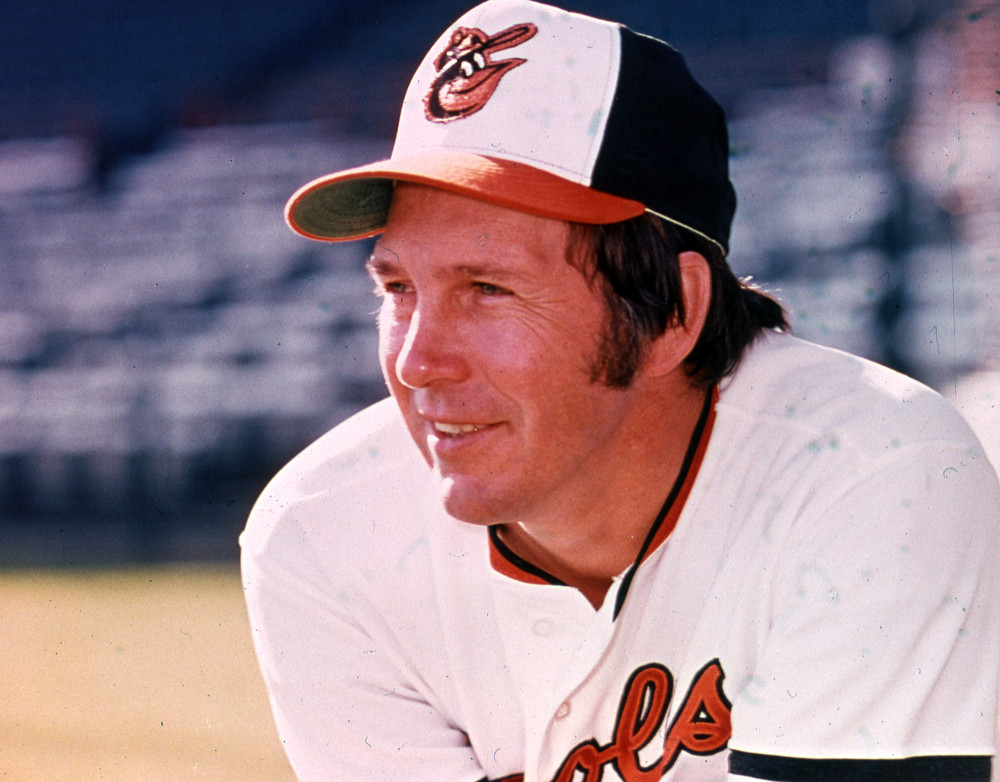 It’s embarrassing to admit, but I didn’t fully appreciate Brooks Robinson until a few months before everyone else did. That’s when the Hall of Fame third baseman amazed the baseball world by shutting down Cincinnati’s Big Red Machine in the 1970 World Series.

I had been working in the sports department of The News American for less than a year and asked one of the writers, Chuck McGeehan, if he would arrange for me and my girlfriend, Barb, to meet Brooks and get his autograph. Brooks was Barb’s favorite player. He was a lot of fans’ favorite player. He was a guy I somehow took for granted, until I had a meeting I shouldn’t have had.

Just as the media is told there is no cheering in the press box, it is not OK to ask a player for an autograph. I was a copy boy and rationalized that it wouldn’t hurt to ask since I wasn’t writing about the team. McGeehan didn’t cover the Orioles, either, but was providing game coverage for a wire service, United Press International, on the night Barb and I attended a game that summer.

McGeehan had a soft spot for me, and so he arranged for us to meet Brooks after the game. Barb and I waited outside the locker room at Memorial Stadium with the players’ families and friends. Finally, Brooks came out and said hello. As he took the baseball we had for him to autograph, I noticed that he signed left-handed and often thought his use of both hands made him a better defensive player.

But it was what he did next that elevated my respect for him. His wife, Connie, walked over and instead of saying goodbye to us, he introduced us as if we were acquaintances. He couldn’t have been more gracious, making two teenagers feel grateful to be in their presence.

Brooks was everything everyone said he was, even though to me he was more of an everyman than a superstar. He looked more like a regular guy than an athlete, his arm strength was average, and he was slow. His reflexes, though, were exceptional, as were his hand-eye coordination and his catch and release of the ball. Brooks loved the game and practiced as hard in 1970 as he did when he broke in as a second baseman in 1955.

His humility was authentic, even when he put on a dazzling show that dispirited Reds sluggers such as Johnny Bench and Lee May that fall. Behind Brooks, who also hit .429 with two home runs, the Orioles defeated the Reds in five games. It didn’t erase the pain of losing the 1969 Series to the Miracle Mets, but it helped. It also meant that the Orioles had been in three of the past five World Series — and had won two as baseball’s best team.

Cincinnati manager Sparky Anderson praised Brooks in his own colorful way: “I’m beginning to see Brooks [Robinson] in my sleep. If I dropped a paper plate, he’d pick it up on one hop and throw me out at first.”

May, who would become Brooks’ teammate in 1975, was the first to lose a hit. Brooks caught a one-hop smash in foul territory and threw across his body without looking to beat May by half a step at first. “Very nice (play), ” May said. “Where do they plug Mr. Hoover in?”

Nicknamed “The Human Vacuum Cleaner,” Robinson booted his first chance in the World Series before making one sensational play after another, including diving stops to his left and right to take away hits from Bench. “I will become a left-handed hitter to keep the ball away from that guy,” Bench said.

Brooks took the compliments and the Series MVP award in stride. “I played almost 23 years professionally, and I don’t think I ever had five games in a row like that in terms of chances to make good plays,” he told The Baltimore Sun. “It just doesn’t happen that way. At third base, you can play every day for a week without even getting a ground ball, much less a tough play. It all came my way that week.”

Barb and I had a strong relationship before we met Brooks, but the encounter didn’t hurt. She likes to think the best about everyone, and Brooks is as down-to-earth as they come. It’s the last autograph I’ve gotten, but it’s the impression he made that had the most impact.

Brooks is celebrating his 85th birthday today. We’re approaching 52 years since the single greatest World Series an Oriole has had. It couldn’t have happened to a nicer guy, one I’m thankful to say I fully appreciated before it was too late.