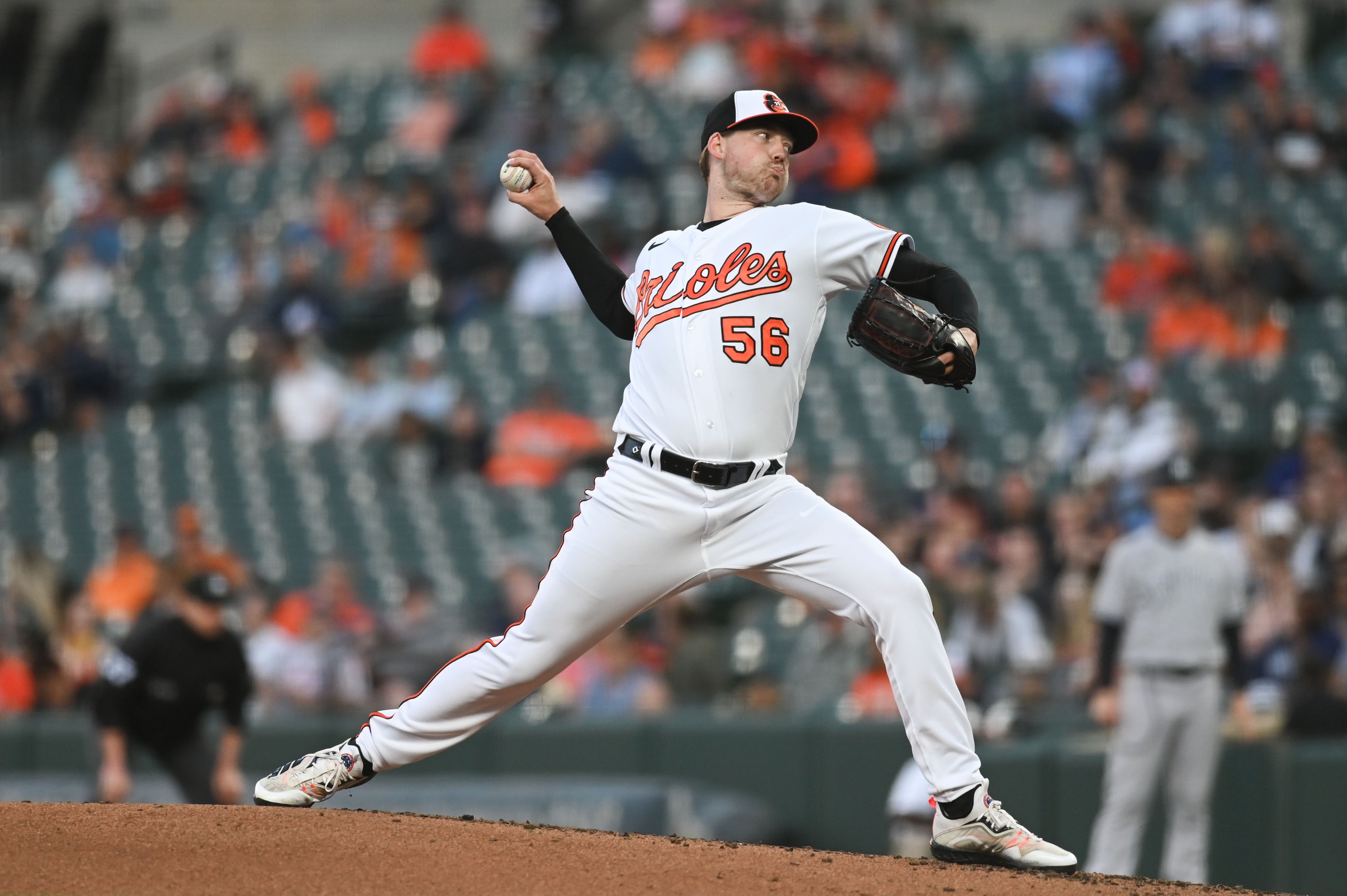 BALTIMORE—Kyle Bradish’s fourth major league start was a rough one. Coming off an 11-strikeout, no-walk, seven-inning start against the St. Louis Cardinals six days ago, Bradish had trouble with the New York Yankees, who own baseball’s best record.

The Orioles continued to show no offense. They had just three hits, two of them home runs by Anthony Santander. The three hits was a season low. They had four each in the final two games in Detroit on Saturday and Sunday.

In Bradish’s other starts, he worked briskly, but not in the first inning, which he escaped without allowing a run. He walked two and gave up an infield single to Gleyber Torres. His three outs all came on called strikeouts.

Bradish was shaking his head as he walked off the mound after the first.

“Fired up for getting out of it,” he said. “I was also mad for throwing 30 pitches in the first.”

The Orioles (14-22), who have now lost four straight overall and four in a row to New York (26-9), immediately had a runner on third when leftfielder Joey Gallo muffed Cedric Mullins’ leadoff fly for a three-base error.

Trey Mancini walked, but misjudged Santander’s soft liner to second and was easily doubled off. Without Austin Hays, who missed his fourth straight game because of a cut left hand, Ramón Urías batted fourth, and he grounded to third, ending the first.

“We had an opportunity in the first inning with that first-and-third situation,” manager Brandon Hyde said. “That would have been nice to get on the board early. It didn’t happen. I think we’re facing some pretty good pitching right now and bottom half of the order is pretty inexperienced. It’s tough to hit in the big leagues.”

Anthony Rizzo scored on Giancarlo Stanton’s double to left in the third, and Jose Trevino hit a three-run home run off the foul pole in right, in the fourth, his first home run, for a 4-0 lead.

“The changeup was working, the slider was hit or miss, just wasn’t in the zone consistently,” Bradish said.

Bradish, who threw two scoreless innings against the Yankees in spring training, struck out six and walked three.

“He’s a young starter that’s only had a few starts under his belt and is facing the Yankees. I thought he had good stuff. He just didn’t command it the way he has been the last couple of starts.”

Bradish was relieved by Keegan Akin, who pitched 3 2/3 innings, his longest of the season, allowing just one hit.

“I feel comfortable,” Bradish said of his first four big league starts. “It just comes down to being in the zone. When I’m in the zone, I’m pretty dominant and not getting hit. When I’m pretty sporadic with strikes, that’s when guys find holes and they square up the ball.”

Yankee starter Luis Severino (3-0) allowed Santander’s fifth home run of the year to right, leading off the fourth, in six innings. Jonathan Loáisiga gave up a hit in the seventh inning.

Josh Donaldson and Anthony Rizzo homered on consecutive pitches against Félix Bautista in the ninth for a 6-1 lead.

Santander homered to left against Aroldis Chapman with one out in the ninth.

“I thought we faced another good starter in Severino,” Hyde said. “I thought he was on tonight.

“Tough assignment, we’ve got mostly right-handers in the lineup. That’s not easy to do against Sevy. We’ve got to get more hits.”

Notes: Santander hit home runs from both sides of the plate. He was the last Oriole to do so on August 31st, 2019 at Kansas City. … Akin is the first Oriole reliever to throw at least two innings in his first 10 appearances of the season since Jimmy Haynes in 1996. … Spenser Watkins (0-1, 5.19) will face Jameson Taillon (3-1, 2.93) on Tuesday night. … In their last four games, the Orioles have scored five runs, all on solo home runs, three by Santander and two by Trey Mancini.