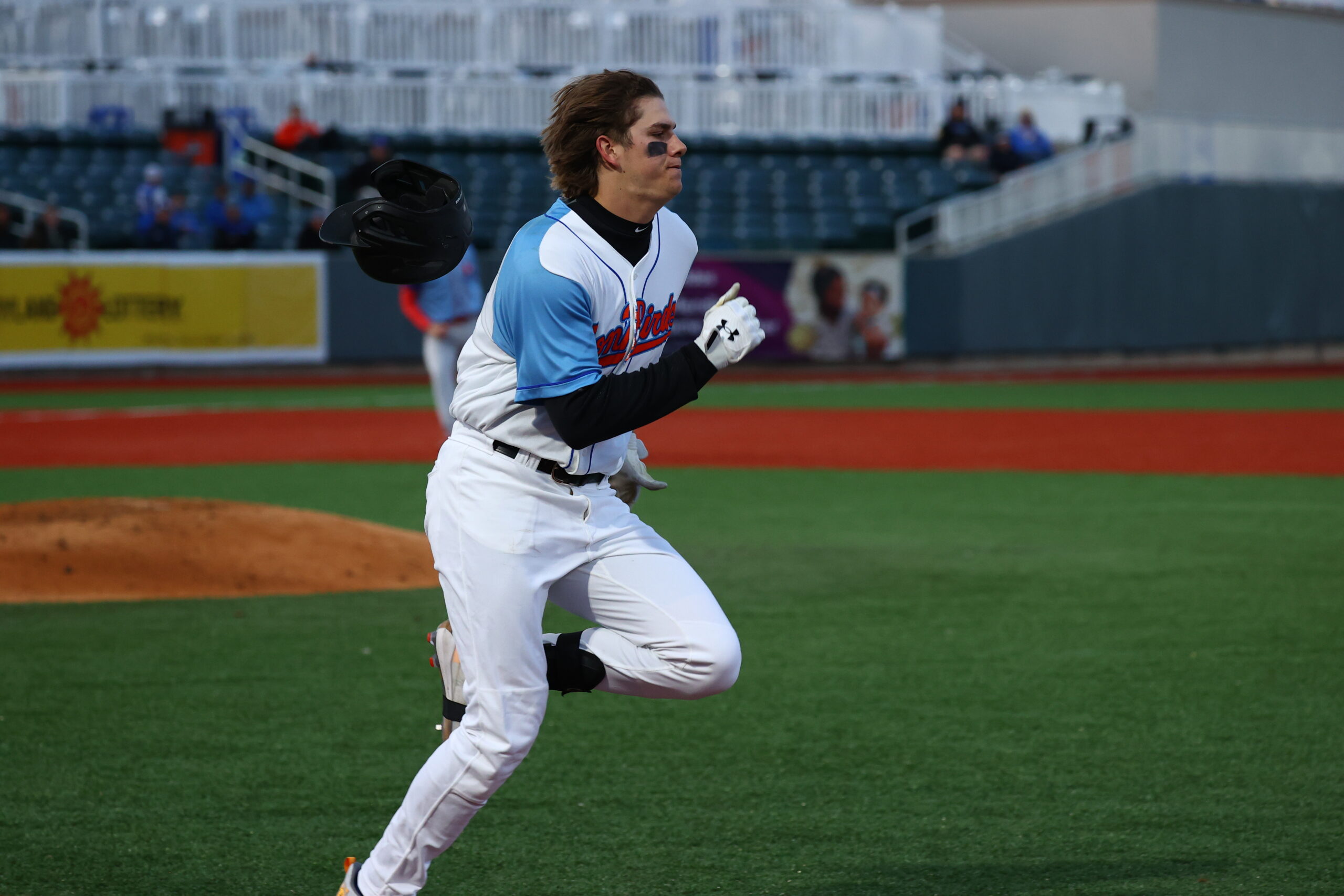 Coby Mayo represents a new era for the Orioles. The infielder at High-A Aberdeen is a home-grown player who was selected by the Orioles in the fourth round of the 2020 draft. Mayo leans on the team’s commitment to analytics to improve as a player.

“Not so much adjustments, just taking a little bit of the data from what the pitchers have been throwing me,” Mayo said about moving from Low-A to High-A. “I do make some in at-bat adjustments in a way.”

Mayo is slashing .233/.295/.474 with seven homers and 25 RBIs in 29 games this season. However, he is still getting acclimated to his new team and expects to play even better as the year progresses. Mayo plays predominantly at third base after spending time at shortstop during high school.

“I think it’s just getting the at-bats and getting more into the season,” Mayo said. “It’s still really early and a lot is going to happen between now and the end of the season. It’s a game of adjustments and a game of inches and when you’re feeling good, you have to ride that high as long as you can.”

Mayo spent the offseason working on his hitting and defense. His goal is to hit the ball harder into the gap. He also wants to be a better teammate.

“I think being at Stoneman Douglas has helped me be where I am today,” Mayo said. “The practices from the fall to the spring helped me get better every day. It taught me to never be satisfied. That really was a big factor. How hard they made us work  really helped.”

Mayo’s goal is to produce at Aberdeen and let the Orioles decide when he’s ready for the next level.

“You just have to do better every day,” Mayo said. “Eventually, some things will fall in your lap and you’ll get a promotion. I’m not worried about that.”

There’s been talk that the Orioles could move Mayo, who’s listed at 6 feet 5, to first base. Should he remain at third, Mayo could be jockeying in the future with Jordan Westburg, who also plays third but can play second and shortstop, as well.

Mayo is proud to be part of a farm system ranked first by MLB Pipeline.

“The farm system is where it is because of how we work,” Mayo said. “The things we do on and off the field. It’s great playing with the guys we have. The record shows and all of our stats as a team show how good we are when we play together.”

Prieto and Watson honored: Aberdeen infielder César Prieto was named Hitter of the Month for April. Double-A Bowie right-hander Ryan Watson was the Pitcher of the Month.

Prieto is batting 354/.402/.684 with five doubles, seven homers and 18 RBIs with 12 runs scored. He has missed time, but he leads Oriole prospects in homers.

Watson, who played at Auburn, signed with the Orioles as an undrafted player after the 2020 draft, is 2-0 with a 2.28 ERA, which ranks second in the organization behind Delmarva’s Juan De Los Santos (1.67). Watson has allowed just 13 hits in 23 2/3 innings, with five walks to 28 strikeouts.

Rodriguez shines again: Has Grayson Rodriguez taken another step toward Baltimore? The talented right-hander allowed one run on three hits in five innings as Triple-A Norfolk lost to Memphis,, 5-2, on Thursday. Rodriguez threw 80 pitches, walked two and struck out eight.