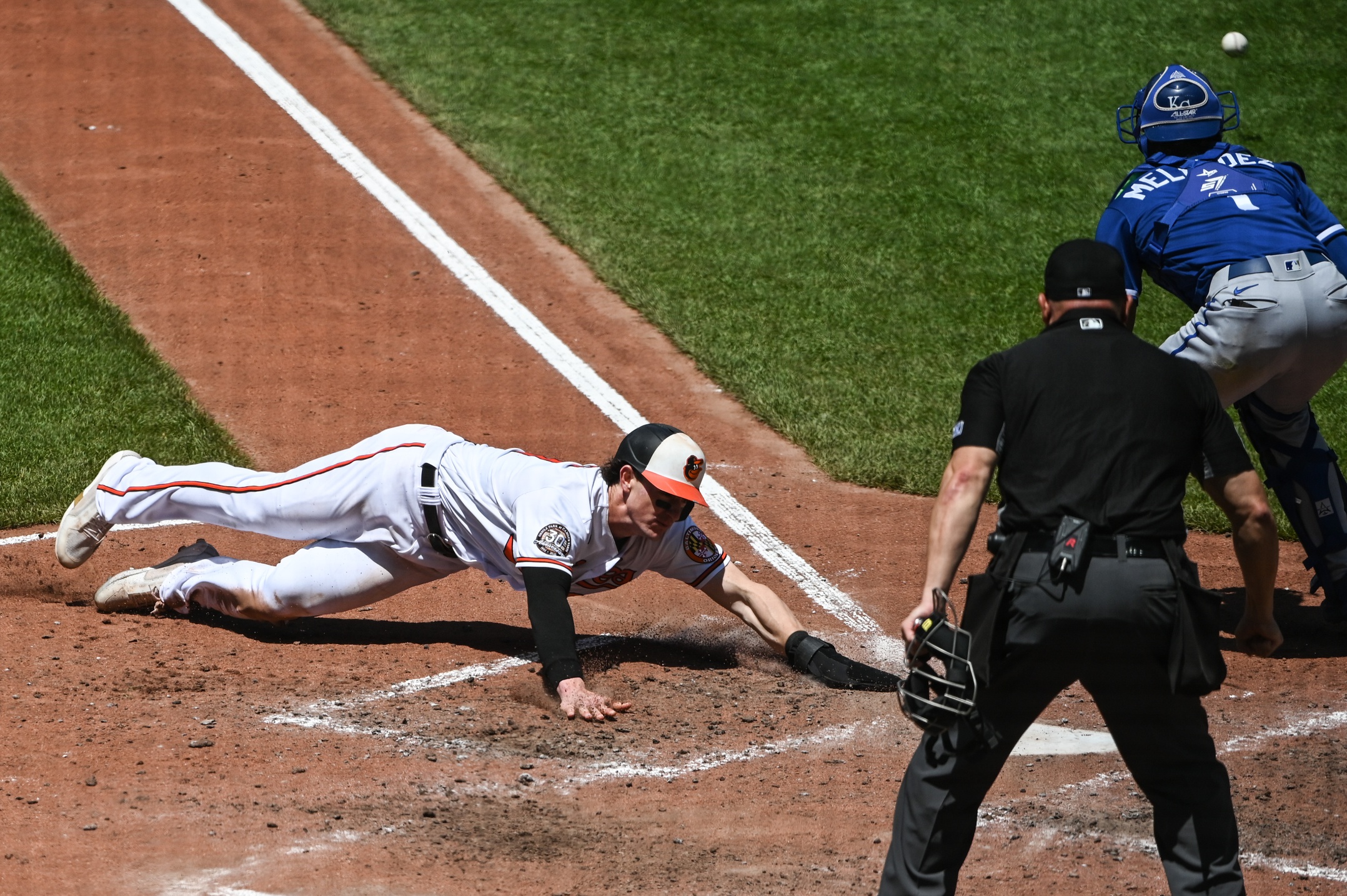 Outfielder Austin Hyas remains out of the Orioles’ lineup for the fourth straight game. Hays suffered a cut on his left hand last Thursday in St. Louis when he was spiked sliding headfirst into first. He pinch-ran in Friday’s game.

Hays left the lineup the same time as first baseman Ryan Mountcastle, who has a wrist injury. Both missed the three-game series in Detroit in which the Orioles were swept and scored just three runs.

“My hand’s feeling a lot better today,” Hays said before Monday night’s game against the Yankees at Camden Yards. “The swelling was pretty bad the last couple of days, but the stitches have settled so I can regain some baseball activities. So today, I’m going to try to hit, and move it around in my glove, and see what I’m capable of doing.”

The Orioles decided not to put Hays on the 10-day injured list along with Mountcastle.

“Originally, it was unsure, but then the doctor said that I would be able to play with the stitches in,” Hays said. “I wouldn’t have to wait for them to come out before I could resume, but the swelling in my hand was a lot worse than what we thought it was going to be right away so the last couple of days, we’ve just been trying to follow that swelling.”

Hays will wear a batting glove for the first time as a professional, but only on his left hand.

“Now, the swelling is down,” Hays said. “The stitches have settled a little bit, so we’re just trying to find something where I can keep that wrapped. Obviously, I’m going to have to put a batting glove on. I’m going to figure out what I’m going to have to do with that today and try swinging it and see where we’re at.”

Hays said he wasn’t sure if he could pinch-hit and that he’d discuss that with the Orioles’ trainers and manager Brandon Hyde.

“We’re trying some different contraptions to see if we can get it manageable for the game,” he said.

Hays hasn’t worn a batting glove since he was 10.

“I’m not going to put one on my top hand, though,” Hays said. “I will only have one on my bottom hand.”

Hays said he won’t consider not sliding headfirst into first base. Cardinals pitcher Génesis Cabrera stepped on him.

“That was just one of those plays,” Hays said. “I saw the pitcher field the ball. [Albert] Pujols wasn’t going to get back to first base. It was unoccupied. I thought I could slide around the pitcher, but unfortunately, he stepped on my hand. It’s one of those unavoidable baseball plays. I probably won’t have that happen again in my whole career … I never had my hand stepped on before, and I’ve been playing this game for over 20 years.”

Shortstop Jorge Mateo, who collided with Detroit first baseman Spencer Torkelson, is also out of the Orioles’ lineup because of a bruise to his rib cage and left shoulder.

“They both are better,” Hyde said. “Hays took some coaches’ [batting practice] in the cage. He’s going to go out and do some outfield work. Mateo still has a bit of left shoulder soreness so, hopefully, these guys are available in the next day or two, just not sure.”

Hyde said he won’t warn players about sliding into first.

“Normally, I don’t encourage sliding headfirst into the plate or first base. That was just instincts … This was him trying to beat the guy to the bag, just steps on him in a tender, weird spot. The whole foot got on top of his hand, so he’s got cuts in his hands in three different places from the spikes. Austin plays hard, and it’s a hard-nosed play.”

Notes: Hyde said that Rylan Bannon, who is in the starting lineup at third base, could get a look at second base. Bannon also played second at Triple-A Norfolk. … High-A Aberdeen pitcher Conner Gillispie was named the South Atlantic League Pitcher of the Week for May 9th-15th.