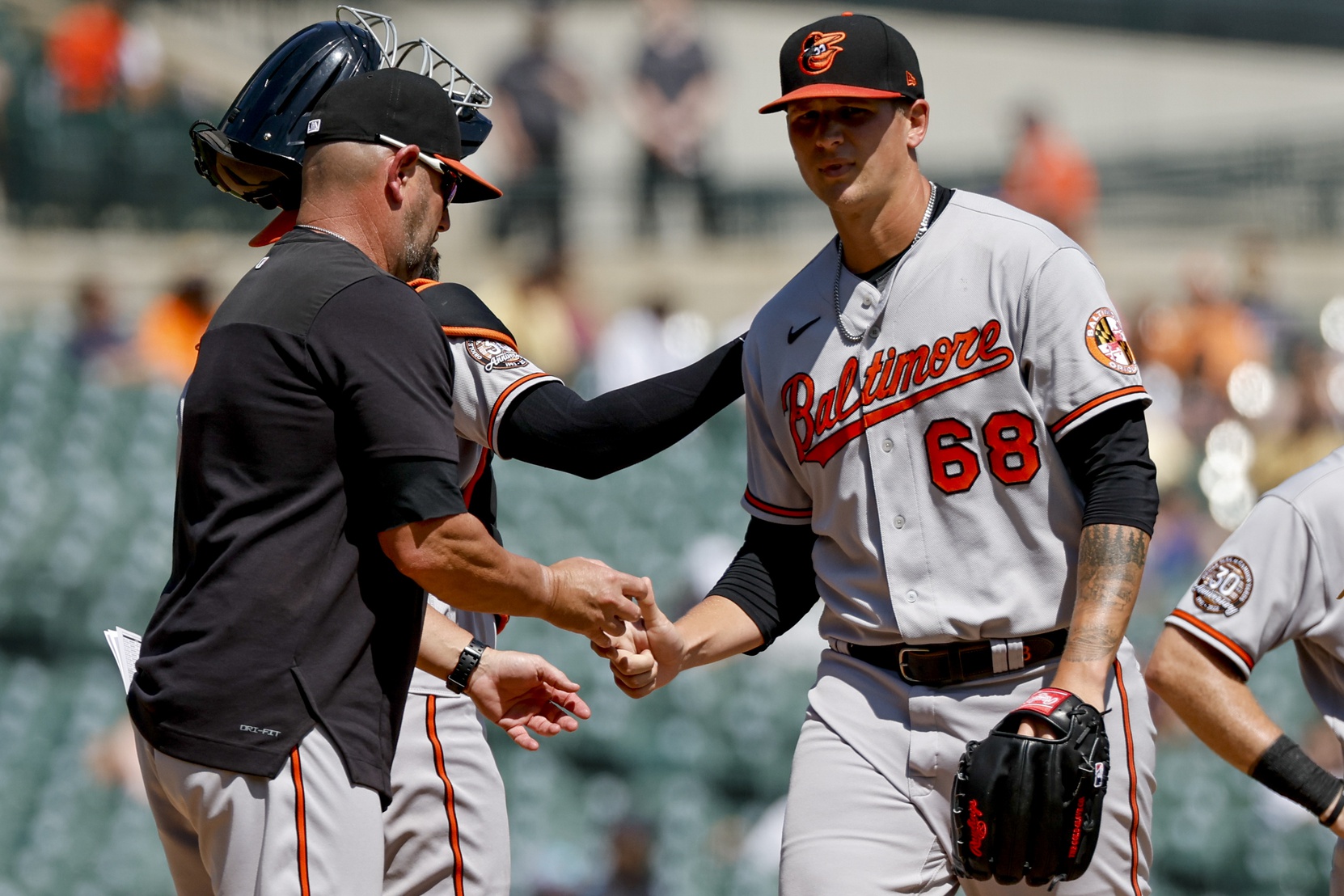 After the Orioles defeated the St. Louis Cardinals in two of three games to begin their road trip, they seemed to be gaining confidence despite a growing number of injuries.

They looked like a different team in Detroit, showing how much they depend on their core players and how little depth they have.

Once they reached Detroit, the Orioles learned that first baseman Ryan Mountcastle’s left wrist injury would require a trip to the 10-day injured list and that outfielder Austin Hays’ cut left hand, which occurred when he was spiked, would prevent him from batting during the series.

In the three games, the Orioles scored just three runs, all on home runs. On Sunday, that run didn’t come until the ninth, when Trey Mancini hit a home run to prevent a second straight shutout in a  5-1 loss at Comerica Park.

The Oriole return to Baltimore to begin a seven-game homestand against the New York Yankees and Tampa Bay Rays on Monday with a 14-21 record. They’re sliding after showing glimpses of a more competitive team in 2022.

In each of the three games in Detroit, there was at least one negative offensive statistic that stood out. In Friday’s game, they left 14 on base and were 1-for-12 with runners in scoring position in the Tigers’ 4-2 win.

On Saturday, they had a season-low four hits in a 2-0 loss.

On Sunday, they again were limited to four hits and equaled their season high by striking out 16 times.

Cedric Mullins, who was hitting .239 when the road trip began, raised his average to .268 entering the game, but he struck out a career-high four times. Anthony Santander struck out three times and Santander is 2-for-20 in his last five games. His average has fallen from .250 to .224.

Oriole starter Tyler Wells (1-3), who pitched a career-best six innings in a win against Kansas City on May 9th, allowed three runs on eight hits in four innings.

Mateo hurt: Shortstop Jorge Mateo left the game with what the Orioles called  rib cage soreness after he collided with Detroit first baseman Spencer Torkelson. After the game, manager Brandon Hyde said the Mateo had  a left shoulder/chest bruise and X-rays were negative.

Adley Rutschman, who caught Hall, was hitless in four at-bats and is hitting .194 in nine games with the Tides.

The Renegades outhit the IronBirds, 13-11.

Rightfielder Isaac Bellony hit a three-run home run in the 11th inning to lead Single-A Delmarva past Salem 8-7. The Red Sox scored two runs in the top of the 11th to take the lead. Bellony had five RBIs. Catcher Creed Willems hit at two-run home run, his first, and drove in three runs.

Double-A Bowie and Reading have a twi-night doubleheader.