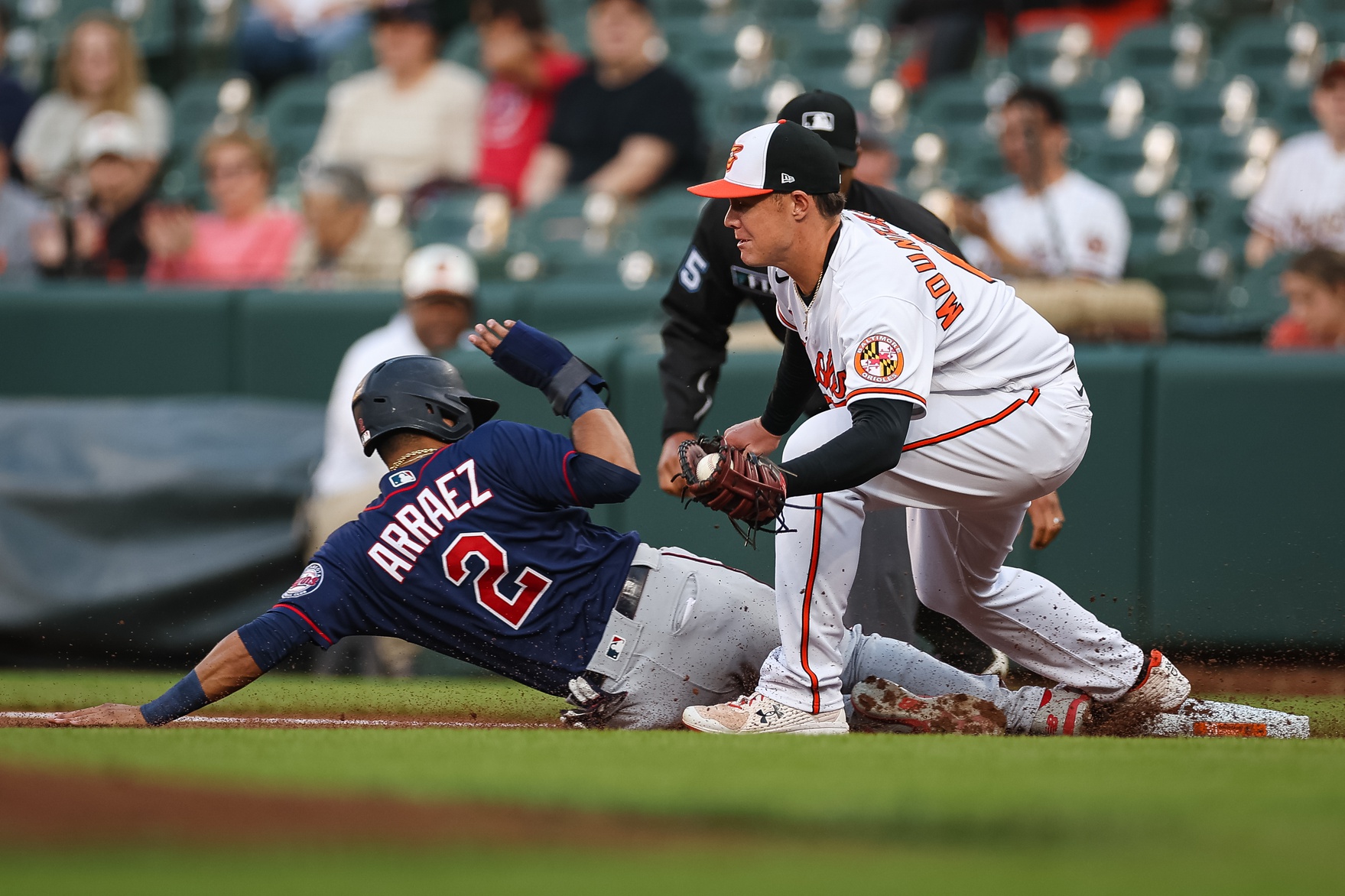 After waiting two days for Ryan Mountcastle’s injured left wrist to improve enough for him to play, the Orioles placed the first baseman on the 10-day injured list Friday, retroactive to Wednesday.

Mountcastle’s injury is a left wrist forearm strain, according to the Orioles. The Orioles haven’t specified how the injury occurred. Mountcastle was in the original lineup for Wednesday’s game in St. Louis but was scratched. He was seen in the clubhouse with his wrist wrapped.

Trey Mancini and Tyler Nevin can play first base while Mountcastle is out. Nevin is playing first base and batting fifth in Friday’s lineup against the Detroit Tigers.

The Orioles also will be without outfielder Austin Hays, who was spiked on his left wrist while running to first base in the seventh inning on Thursday. He told reporters in Detroit he needs 48 hours for the sutures in his wrist to heal.

Relief pitcher Jorge López, who was on the bereavement list after the death of his grandfather, has been reactivated. That gives the Orioles 14 pitchers and a three-man bench as they begin the three-game series in Detroit.

Urías, who missed the three games against the Cardinals, is out for Friday night’s game, but Odor is back in the lineup, batting sixth at second base.

Rylan Bannon, who was recalled from Norfolk before Thursday’s game, is again batting seventh and playing third base.

Shortstop Jorge Mateo is batting second for the first time this season and the second time in his career.