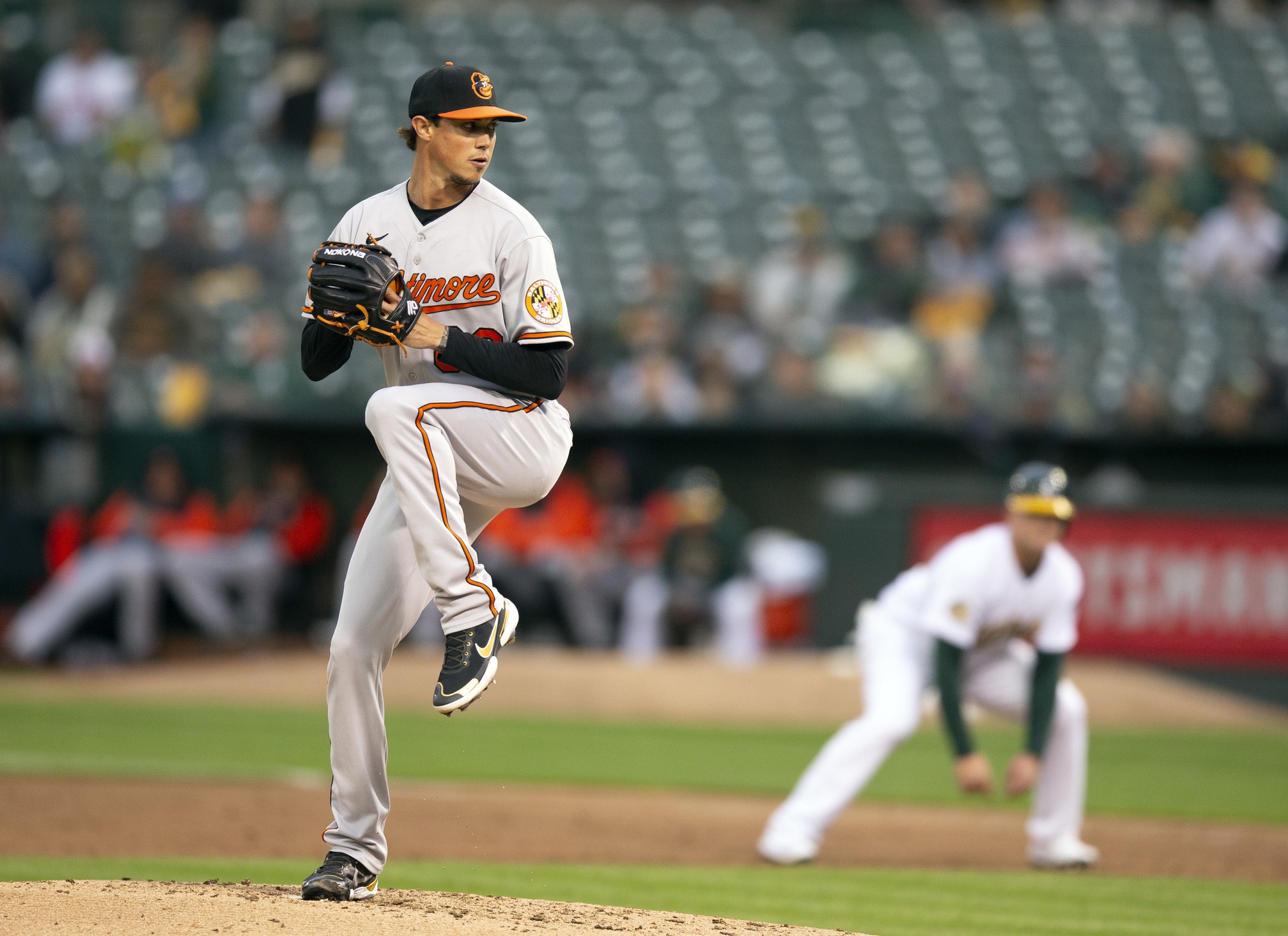 ST. LOUIS—The Orioles’ streak of four consecutive quality starts ended in the fourth inning on Wednesday night. By then, Spenser Watkins had allowed the fourth of his seven runs.

Cardinals right-hander Miles Mikolas limited the Orioles to a run on four hits in seven innings in a 10-1 loss before an announced crowd of 34,533 at Busch Stadium.

The loss ended the Orioles’ three-game winning streak, and the nine-run loss was their largest of the season.

St. Louis scored four more against Watkins in the fourth on an RBI single by Tommy Edman, a two-run double by Paul Goldschmidt and Nolan Arenado’s RBI double.

Watkins (0-1) allowed eight earned runs in his first five starts, and seven in his sixth in 3 2/3 innings.

“For the most part, this whole lineup has been around the game for a long time,” Watkins said. “You can learn a lot from these guys. It’s a very tough lineup. In the big leagues, there are no easy outs. Through that lineup, you have to attack each hitter as if they can do damage.”

Mikolas (3-1) retired the first nine Orioles (13-18) before Cedric Mullins singled to lead off the fourth.

The Orioles scored in the fifth on Jorge Mateo’s one-out single, and Robinson Chirinos’ two-out double. It was Chirinos’ fourth RBI of the season. His backup, Anthony Bemboom, doesn’t have any.

“I’ve seen him like that before,” Orioles manager Brandon Hyde said of Mikolas. “It’s a veteran guy that knows how to pitch, and he’s got multiple pitches that he can attack you with. He’s incredibly unpredictable. He’s got a really good cutter, good curveball he can throw for strikes. His fastball is 95. He just knows what he’s doing out there, just like a veteran tonight. He got the lead and he put it on cruise control.”

An RBI single by Goldschmidt against Logan Allen, pitching his first game for the Orioles in the sixth, made it 8-1.

Albert Pujols led off the eighth with a walk against Travis Lakins. Donovan doubled him to third. Pujols scored on Tommy Edman’s infield out and Donovan came home on Kramer Robertson’s groundout to put St. Louis ahead 10-1.

Hyde won’t name his starter for Thursday’s afternoon game, which will start at 1:15 p.m. until the morning. The Cardinals will start Jordan Hicks (1-2, 3.78).

Watkins said he tried not to think about the possibility that it would be a bullpen game for the Orioles.

“It’s always a drive as a starting pitcher to give your bullpen a rest and give your team a chance to win and go deep in the game,” Watkins said. “I try not to let that cloud my thought process because you add more into your loop. It would have been nice to go long, but I’ll give the team what I can.”

Kyle Brnovich, one of four pitchers acquired for Dylan Bundy in December 2019 and who pitched for Norfolk earlier this season, had Tommy John surgery on his right elbow, the team announced. The surgery was performed by Dr. Keith Meister in Dallas. Meister also performed John Means’ Tommy John surgery and Chris Ellis’ arthroscopic shoulder surgery in the past two weeks.

Shortstop Collin Burns drove in four runs in High-A Aberdeen’s 6-5 loss to Hudson Valley. Burns, who doubled twice, is batting .352. The IronBirds had a 5-1 lead entering the bottom of the sixth but allowed two runs in the sixth and three in the eighth.

Single-A Delmarva had just one hit in its 5-4 loss to Salem. Rightfielder Isaac Bellony, who had two RBIs, singled in the seventh for the Shorebirds’ only hit. Salem pitchers walked nine Delmarva batters.