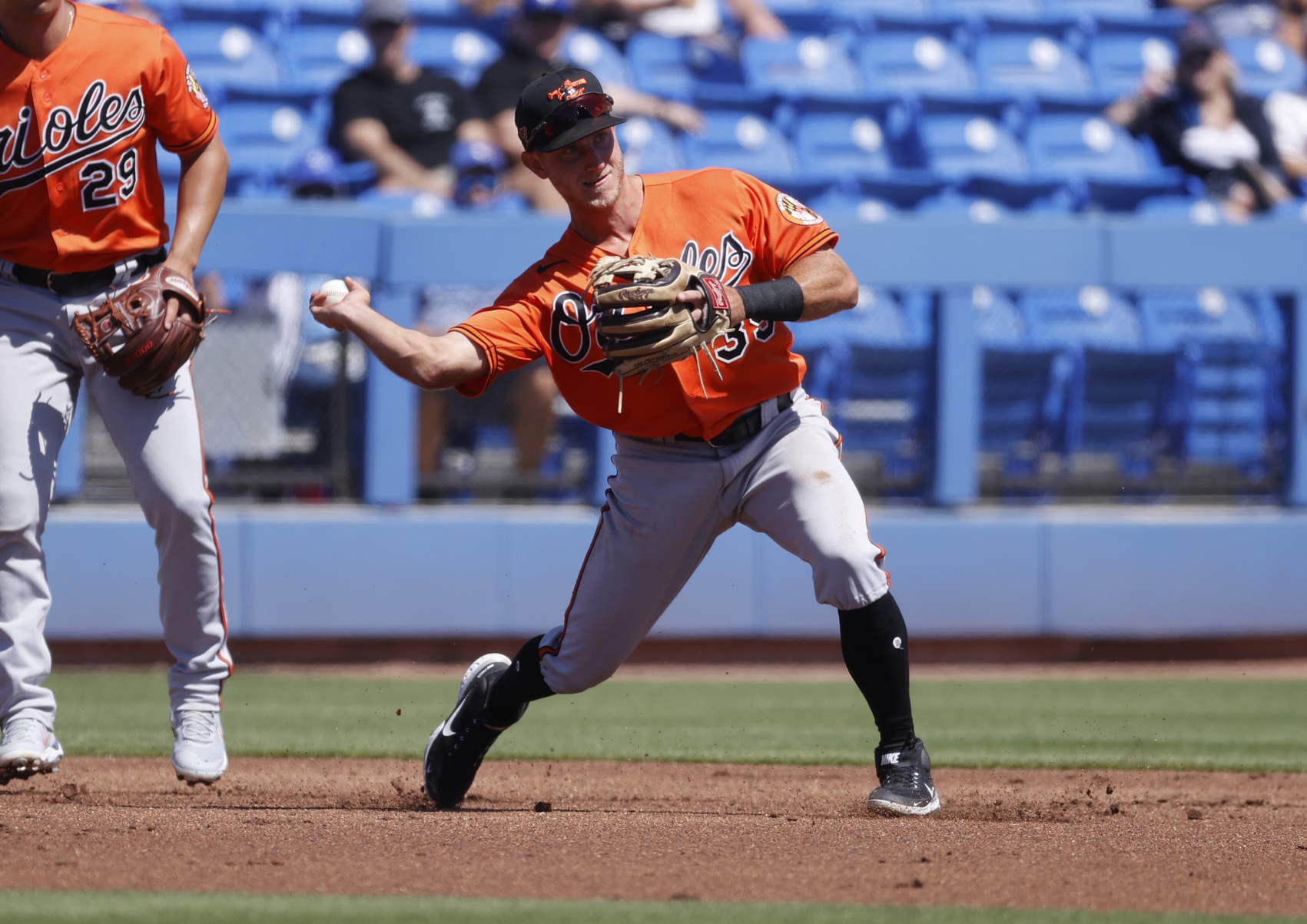 ST. LOUIS—The Orioles needed another position player on Thursday recalled infielder Rylan Bannon from Triple-A Norfolk. Bannon was recalled because Ramón Urías is still out with abdominal strain, and Ryan Mountcastle is sidelined because of a sore wrist.

Bannon, who joined the taxi squad on Wednesday batted seventh and played third base.

“Urías and Mountcastle both trending better,” manager Brandon Hyde said. “Still not available today. Hopefully, they’ll be available off the bench, but they’re still getting treatment. We felt like we needed an extra body.”

To make room for Bannon, the Orioles optioned left-hander Paul Fry to Triple-A Norfolk. Fry retired all four batters he faced in Wednesday night’s game against the Cardinals. He has a 6.00 ERA in 12 games.

“We needed a position player here because we have so many guys that right now we need to get off their feet,” Hyde said. “We need to find a day for [Jorge] Mateo, [Anthony] Santander, [Austin] Hays has played a lot. We just played a doubleheader [on Sunday.]

“We knew this was going to happen. That’s why that doubleheader was tough. We just need an extra position player right now. It’s nothing that Paul did. Hope to see him back here real soon. It’s just a part of the game … We felt like we needed an extra guy on the bench.”

Bannon came to the Orioles in the trade for Manny Machado in July 2018. He hit .235 with four home runs and 19 RBIs for the Tides.

The Orioles purchased the contract of right-hander Denyi Reyes from Norfolk, and he’s available to pitch in relief on Thursday. Reliever Bryan Baker will start.

Reyes, who allowed three runs on five hits in 2 2/3 innings in the Orioles’ third Grapefruit League game against Boston in Fort Myers on March 20th, was 1-0 with a 1.80 ERA at Single-A Delmarva and 0-1 with an 8.25 ERA in three starts for Norfolk.

“He’s going to be going out of the bullpen at some point today,” Hyde said. “I’m going to try to bullpen-game this one.”

Reyes is attractive because he can give the Orioles multiple innings. The 25-year-old signed a minor league contract with the Orioles during the offseason.

Travis Lakins was optioned to Norfolk, and to make room for Reyes on the 40-man roster, the Orioles transferred right-hander Chris Ellis from the 10-day injured list to the 60-day injured list.

The Orioles also signed right-hander Héctor Pérez to a minor league contract. The 25-year-old pitched one game for Toronto in 2020, allowing two runs on three hits in 1 2/3 innings.

Pérez was originally signed by Houston when Orioles’ executive vice president/general manager Mike Elias was in their organization.