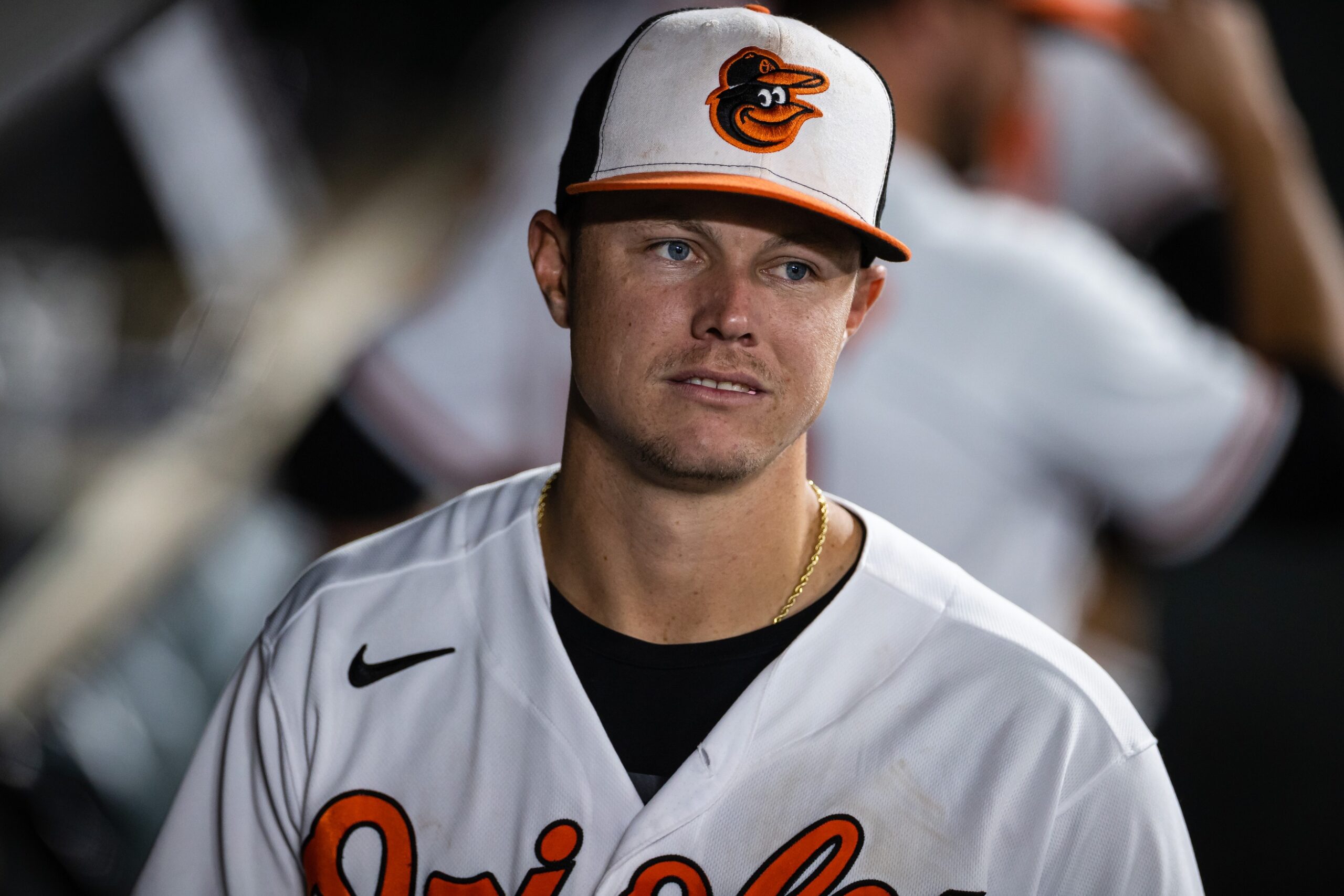 ST. LOUIS—When the Orioles decided to carry 14 pitchers this month, it left them with a three-man bench. The effect is being felt.

Ramón Urías, who was scratched from Tuesday’s starting lineup because of abdominal soreness, and Ryan Mountcastle, who has a sore left wrist, are missing from Wednesday’s lineup, leaving the Orioles with just one healthy bench player, backup catcher Anthony Bemboom.

Because of the injuries, the Orioles added two players to the taxi squad, infielders Rylan Bannon and Richie Martin, but manager Brandon Hyde said there were no immediate plans to add them to the 26-man roster.

“Depends if guys get hurt or not,” Hyde said. “We’re playing with a three-man bench, couple of guys are banged up right now…With a day game tomorrow also, we don’t want to be caught short. We thought it was important to bring a couple of extra guys here just in case.”

Catcher Jacob Nottingham and pitchers Marcos Diplán and Denyi Reyes are also on the taxi squad, which can’t exceed five players and must include a catcher.

Urías described his injury as feeling like cramps in his abdomen. “We don’t really know what happened, but feeling better today,” he said. “I’ll do some stuff on the field and see how it feels.”

Mountcastle has played in 28 of the Orioles’ 30 games.

“Mounty’s been dealing with a sore wrist the last few days,” Hyde said. “Just kind of battling through it, woke up with [it[ a little bit more sore today. Out of precaution, took him out of the lineup, trying to get the wrist to feel better. Hopefully, he’s better in the next day or two.

Hyde said there wasn’t a specific incident that led to Mountcastle’s sore wrist.

“One of those developing things where he felt sore one morning a few days ago,” Hyde said. “He’s been getting treatment on it, been feeling OK, but woke up a little bit more sore today.”

The Orioles haven’t placed a position player on the injured list this season.

“When somebody gets banged up, I feel like it’s a domino effect,” Hyde said. “All of a sudden, you get two or three guys. We’ve been really fortunate so far. Right now, we’re a little bit nicked up, got some bumps and bruises and fortunately we have [head athletic trainer] Brian Ebel and a great training staff to get these guys on the field.”

Bannon prepared: Bannon has been patiently waiting for his major league opportunity since he was acquired in the trade for third baseman Manny Machado with the Los Angeles Dodgers in July 2018.

The 26-year-old infielder, who is on the 40-man roster, has been in spring training with the Orioles the last three years but has yet to make his major league debut. ‘

Bannon, who can play second and third base, is hitting .235 with four home runs and 19 RBIs for Triple-A Norfolk. He’s walked 19 times and has a .361 on-base percentage.

He had a hot start to the season before going through an 0-for-27 skid from April 23rd through May 1st.

“I found out last night at 12:30,” Bannon said. “I was sitting on the couch with my wife watching Netflix, and I got a call from [Tides manager] Buck Britton. He told me I was going on the taxi squad and there were some injury concerns up here. As of right now, it’s all precautionary.”

Bannon’s family lives in Joliet, Illinois, about four hours from St. Louis, but they haven’t made the trip.

“Not as of right now,” he said. “If I get some word that I might be activated, I’m sure they’ll get down here pretty quick. Chicago’s not too far, so they’re very excited about that. Hopefully, we can make that happen.”

Bannon, who hit .177 in 84 games for Norfolk last year, has never been on a taxi squad for an Orioles road trip.

“It’s awesome. I get a little taste of what’s going on here,” Bannon said. “It’s cool. Just coming into the clubhouse today and see how some of these guys are carrying themselves, getting a feel of what’s going on up here is awesome…It’s a good opportunity for me.

“I’ve had some highs and lows. Just kind of taking everything in stride. Last year was a tough year for me. I think I took a lot away from last year. I think that’s showing this year. I learned a lot about myself. I came out this year pretty strong.”

Notes: Hyde said that he’ll hold off naming a starter for Thursday’s afternoon game until tomorrow morning. … The Orioles have announced that 1992 “throwback” pricing will continue on the homestand with the New York Yankees and Tampa Bay that begins on May 16th. … High-A Aberdeen second baseman Connor Norby, who was hit by a pitch in Tuesday’s game, will be out for a few days because of swelling around his eyes.