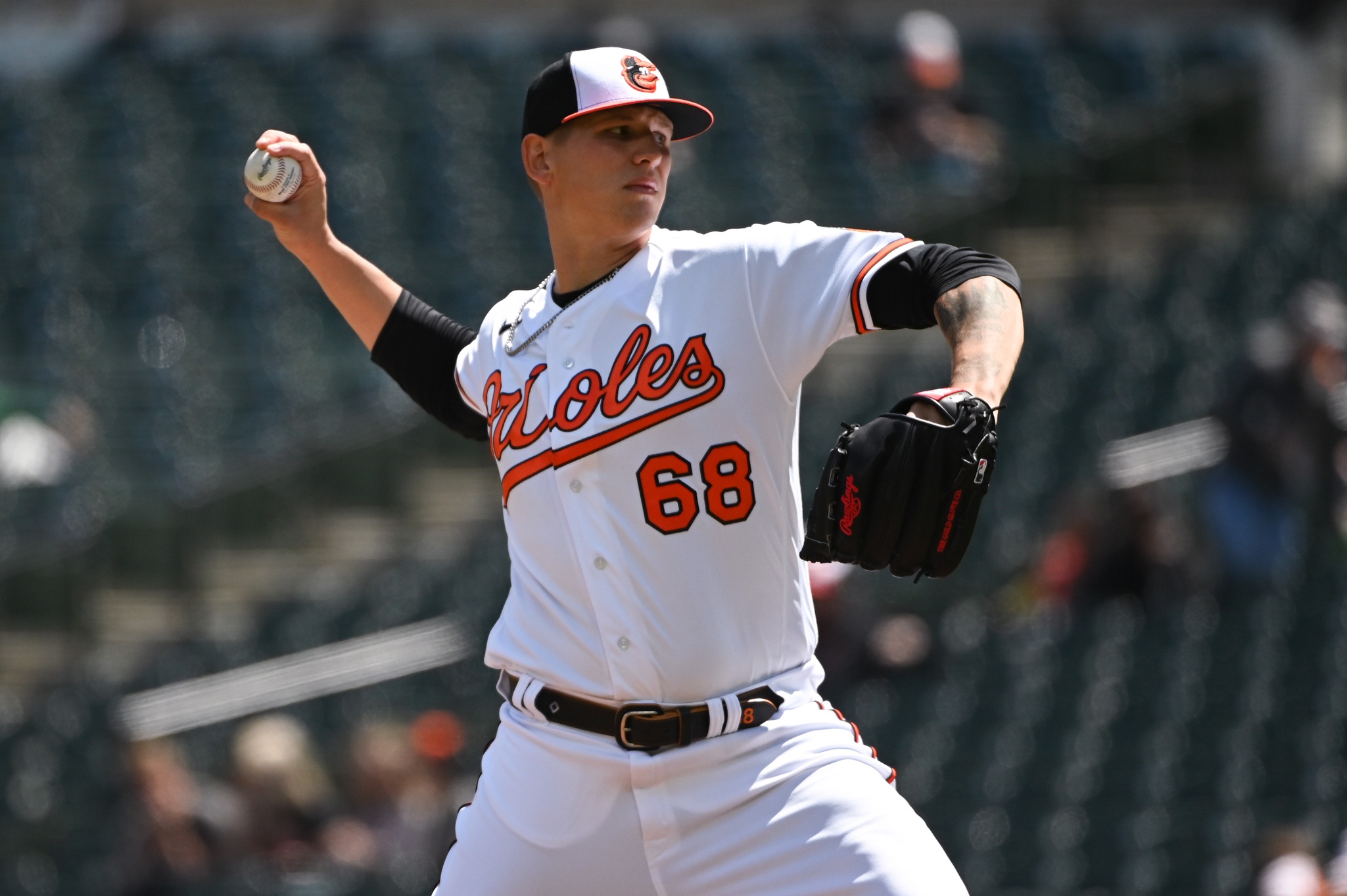 BALTIMORE—Tyler Wells has been held to a strict pitch limit in his first season as a major league starter. Manager Brandon Hyde decided that Wells wasn’t going to throw more than 75 pitches on Monday, and he spaced them over six efficient innings as the Orioles defeated the Kansas City Royals, 6-1, before an announced crowd of 9,438 at Camden Yards.

Saturday’s rainout meant a rare Monday afternoon makeup game. Unlike the weekend, there was sunshine and pleasant temperatures. The upper deck was closed, and the small but enthusiastic crowd that gathered for a 12:05 p.m. start was treated to a six-run fifth inning by the Orioles and another strong start by Wells.

It Wells’ longest start, and he recorded his first win as a starter.

“We put a 75-pitch mark on him going into today, and he hit it right on the nose,” Hyde said.

Wells allowed a run on five hits. He struck out three and, for the fourth consecutive start, didn’t walk a batter.

“Knowing that they don’t strike out a lot, it’s really kind of making sure I’m mixing up my pitches well,” Wells said. “Not trying to strike guys out, trying to get quick outs.”

Wells (1-2) gave up his run in the first on Bobby Witt Jr.’s leadoff single. Witt stole second and scored on a single by Ryan O’Hearn.

“Really efficient innings, two through six,” Hyde said. “Was in command, very few stressful innings in between. Loved to see the way he threw the ball. He was using all his pitches well with an aggressive hitting team. He was working ahead. They got a bunch of early contact.”

It was the third straight quality start by an Oriole starter, following two in Sunday’s doubleheader by Jordan Lyles and Bruce Zimmermann. Had the Orioles played better defense in the opening game on Sunday, they would have swept the series but they did take two of three.

“I feel like we’re all kind of competing against each other,” Wells said. “The starting rotation, we’re all holding each other accountable.”

“It’s not easy doing what he’s doing, transitioning,” Hyde said. “It’s not easy transitioning from the bullpen to a starter, not pitching for two years prior to that and to post every five, six days the way that Tyler does. That’s why we’re monitoring it so closely because we care so much about the kid. We believe in him.”

The Orioles (12-17) won their third home series of the season, winning six of 10. They’re 9-7 at home and begin a six-game road trip to St. Louis and Detroit on Tuesday night.

“We pitched extremely well this series,” Hyde said. “We swung the bats a little bit better the last few games … we have to pitch and play defense, and we did that today.”

The Orioles scored six runs in the fifth against Carlos Hernández (0-2). With one out, Tyler Nevin walked and moved to third on a double by Anthony Bemboom. A single by Jorge Mateo drove hom Nevin with the tying run.

Mateo stole second, and Bemboom scored as MJ Melendez’s throw to second was wild. After Cedric Mullins struck out, Trey Mancini hit a single to drive in  Mateo. Anthony Santander walked, and Austin Hays was hit by a pitch to load the bases.

Mancini scored on a wild pitch for a 4-1 lead. Ryan Mountcastle delivered a two-run single to cap the six-run inning. It was the Orioles’ third six-run inning this season.

“He was pitching me tough the whole day,” Mountcastle said. “For me to just dunk one in there and really almost put the game out of reach was good.”

Mountcastle has noticed a different feeling around the team.

“We’re winning some games here, especially right now,” Mountcastle said. “We’re feeling good. When you’re winning ballgames, it can be a different atmosphere. Hopefully, we can keep it rolling.

Notes: Mancini had three hits, tying a season high. … Felix Bautista’s fastball measured 101 mph in the seventh … Kyle Bradish (0-1, 5.40) will pitch against the Cardinals in St. Louis on Tuesday night. Game time is 7:45 p.m. St. Louis hasn’t named its starter. Spenser Watkins (0-0, 3.22) will pitch against Miles Mikolas (2-1, 1.53) on Wednesday night. The Orioles haven’t decided on a starter for Thursday against Jordan Hicks (1-2, 3.78). Thursday’s game will begin at 1:15 p.m. … DL Hall will make his Triple-A debut for Norfolk on Tuesday night against Memphis.