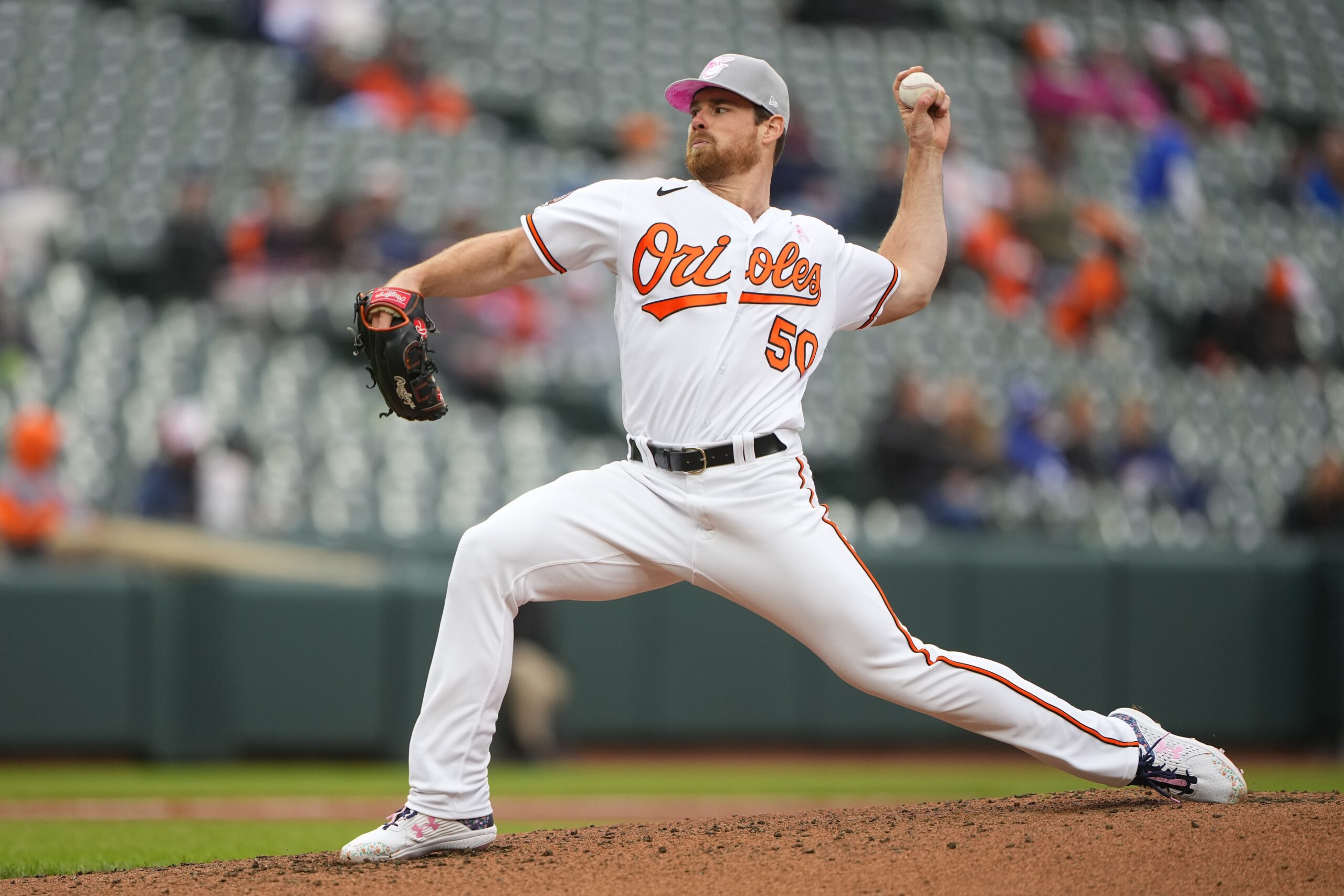 BALTIMORE—Orioles manager Brandon Hyde was hoping to win a doubleheader against the Kansas City Royals and get two good outings from his starting pitchers.

The Orioles managed only a split, giving away the opening game because of shoddy defense, but they did get two quality starts. In the nightcap, Bruce Zimmermann pitched six innings, allowing just two runs, as the Orioles beat the Royals, 4-2, before an announced crowd of 19,893 at Camden Yards on Sunday.

The Orioles lost the first game of the doubleheader, 6-4, committing three errors that led to three unearned runs. But Jordan Lyles pitched 7 1/3 innings, the longest outing of any Oriole starter this season, and allowed three earned runs.

“Great starts,” Hyde said. “Doubleheader days, you’re nervous going in because you don’t know what you’re pitching is going to look like the next day. Both Jordan and Bruce did a great job giving us huge innings to keep us fresh and not use the bullpen guys much before we have this long stretch of games in a row without a day off.”

The Orioles won’t have a scheduled offday until May 26th.

“An unbelievable performance by Lyles to do that,” Zimmermann said. “… The first game was the best possible outcome for the staff, seeing him going into the eighth inning was absolutely huge. I know the bullpen loved that. I was just trying to mimic his lead. With an aggressive team like the Royals, if you’re able to get the outs and make quality pitches, you can go deep in games.

“Lyles is aware of that, and after watching his outing as much as I could while I was warming up, I knew that was going to be the case if they kept a similar approach.”

Cedric Mullins and Trey Mancini began the first with singles against Daniel Lynch (2-2). Mullins stole third, and Mancini advanced to second on an error by catcher MJ Melendez. Mullins scored on a passed ball by Melendez.

Austin Hays walked, and Ryan Mountcastle drove home Mancini with a single. Ramón Urías hit a sacrifice fly to right that scored Hays and gave the Orioles a 3-0 lead.

Stretching back to Thursday night’s game, Hays had reached base in nine consecutive plate appearances and had seven straight hits. He flied out to left in the fifth inning to end the streak.

Zimmermann (2-1) allowed a leadoff triple to Hunter Dozier in the second. He scored on a sacrifice fly by Whit Merrifield.

The Orioles (11-17) added a run in the fifth on double by Urías double and a single by Tyler Nevin.

A double by Salvador Perez and an RBI single by Dozier cut the Orioles’ lead to 4-2.

Zimmermann allowed two runs on five hits in six innings, striking out five without a walk.

“That’s the number one for all of us starters,” Zimmerman said, “is to have a quality start, try to go six innings, try to take the pressure off the bullpen every single night.”

Zimmermann said his confidence is growing.

“Coming into this second full year, definitely starting to feel really confident with a lot of the things we’re working on and seeing a lot of things come together,” he said. “At this point, it’s about staying consistent. The one thing I want to do is be able to finish out games a little stronger right now. That’s the next step.”

It was his first start without walking a batter. His ERA is 2.67.

“If he finished that sixth cleanly, he was going to go back out for the seventh,” Hyde said. “He’s a guy that can go deeper in the game.”

Keegan Akin pitched two scoreless innings, and his ERA is 1.96.

Dillon Tate pitched a scoreless ninth for his first save.

Notes: The Orioles conclude their series with Kansas City on Monday at 12:05 p.m. Tyler Wells (0-2, 4.50) will face Carlos Hernández (0-1, 6.00). … Chris Owings walked a career-high three times. … Travis Lakins, who was the 27th man for the doubleheader, was returned to Triple-A Norfolk after the game. He did not pitch in either game.