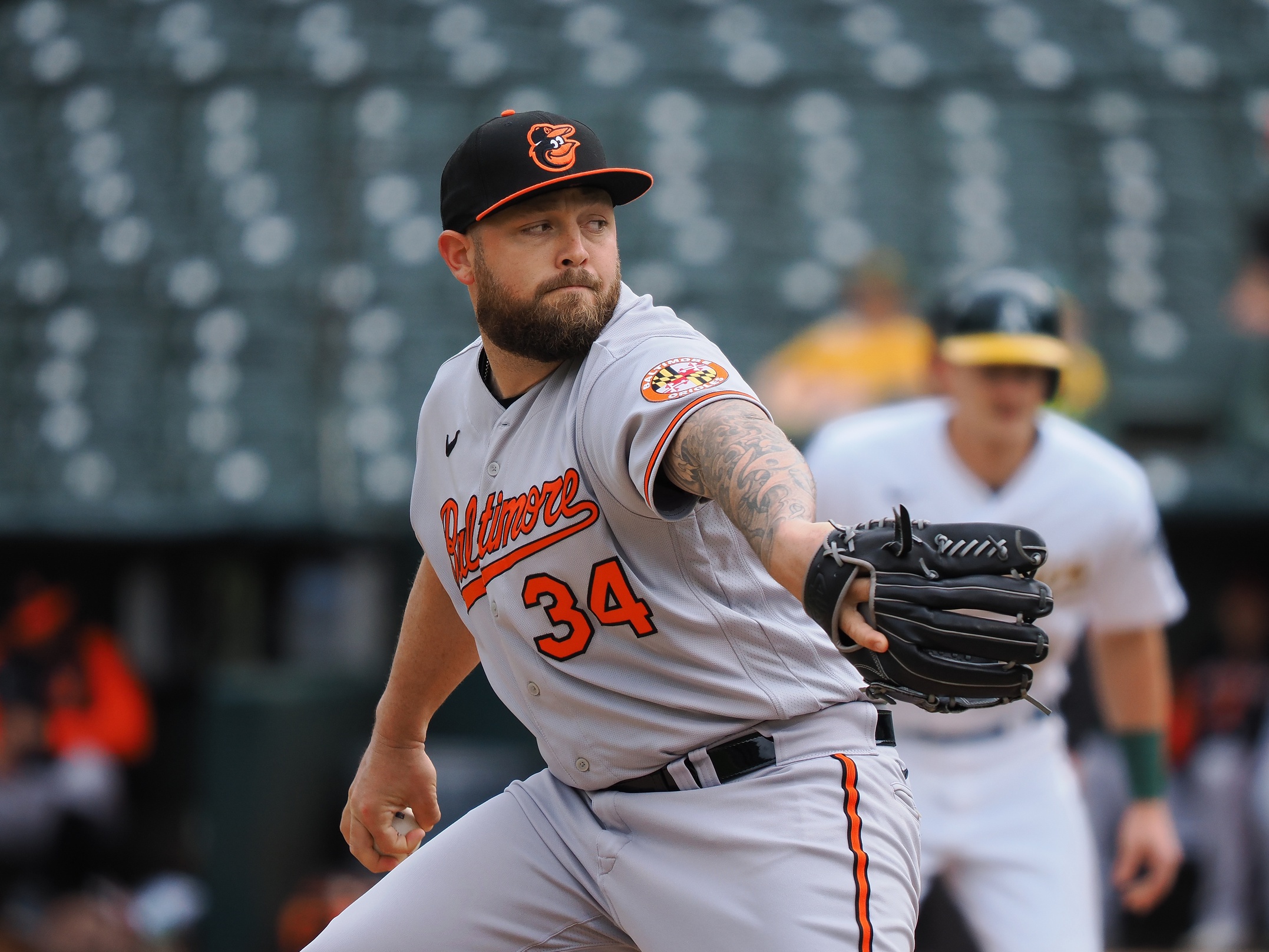 BALTIMORE—Sunday will be a difficult day for Joey Krehbiel. It’s Mother’s Day and players will wear gray caps with pink Oriole logos along with themed socks. Some players will use pink bats to symbolize the fight against breast cancer.

About one in eight women gets breast cancer, and the survival rate is high for the fortunate ones. Rolande Krehbiel wasn’t one of the lucky ones.

Joey, the only child of Joe and Rolande, a hair stylist, was born, grew up and still lives in Seminole, Florida, not far from Tropicana Field in St. Petersburg.

Growing up, Krehbiel’s father was often away on business, and the chore of driving him to games and practices fell to his mother.

“Especially with my dad doing more travel for work, all the weekend tournaments, my Little League games the majority of the time,” Krehbiel said. “That was my ride, to and from.”

Krehbiel was drafted out of high school by the Los Angeles Angels in 2011. By then, Rolande had contracted and long since beaten breast cancer, but while Joey was making his way through the minor leagues with the Angels and Arizona Diamondbacks, the cancer returned and metastasized.

Not long after Krehbiel returned from the 2015 season in High-A ball with the Diamondbacks, Rolande died in October at 51.

“Not forever ago, but still fresh, fresh enough,” he said.

His mother didn’t live long enough to see her son make it to the major leagues. Even though his stay with Arizona lasted only two days, he had finally made it.

Three years later, Krehbiel returned to the major leagues with the Tampa Bay Rays, but his mother wasn’t there to see him pitch one game for his hometown team.

She didn’t get to see him pitch there for the Orioles last month when Krehbiel, at 29, made an Opening Day roster for the first time. Memories of Rolande and his great aunt, another breast cancer victim, stay with him.

“She never got to see me play in the big leagues, but they’re watching up there,” he said.

Krehbiel is trying to capitalize on his first extended major league opportunity. Claimed on waivers just after his game for the Rays last September, Krehbiel pitched in five late-season games with the Orioles, and impressed manager Brandon Hyde during spring training. In 11 games, he’s 1-3 with a 3.27 ERA.

Children, brothers and husbands of breast cancer survivors and victims are sometimes a secret society. Many keep it to themselves, but Krehbiel is there to help those who need it.

“I have a tattoo with a ribbon, and that sparks conversation sometimes or with guys I know, reaching out to them,” Krehbiel said. “You don’t understand unless you’ve gone through it.

“I’ve had players come to me, but the majority of the time it’s me going to them. If someone [says], ‘Hey, man, I’m sorry I can only imagine.’ If you’ve never gone through it exactly the same way, you don’t get it. I just want to voice my opinion and speak to them and however they deal with it, however they take how I’m saying.”

New Balance sends Krehbiel pink cleats for Mother’s Day each year. “That one’s always different,” he said. “It definitely is a day that’s more heavy on the spotlight, I guess on your thoughts, but you’ve got to treat it like any other day.”

As an only child, Krehbiel had a special relationship with his mother, and her struggle with breast cancer helped him persevere through a decade of minor league ball

“Not to be, I guess corny, but never give up,” Krehbiel said. “I had a decent amount of time in the minor leagues, even before she had passed, and three years until I made my debut. That thought’s always in the back of my mind, she’s not here physically to tell me, but I can still hear her.”

Krehbiel, whose middle name is Roland in honor of his grandfather and mother, lives not far from his father.

Joe, who was married to Rolande for 30 years, has been to Baltimore to watch his son pitch, and takes care of his dogs when his girlfriend, Alexis, a nurse has gone on road trips to see Krehbiel play.

His dad lives about 15 minutes away.

“He’s still there. He’s still kicking,” Krehbiel said. “I don’t know how he deals with it. Everything’s different. She was a friend, mom, wife.”