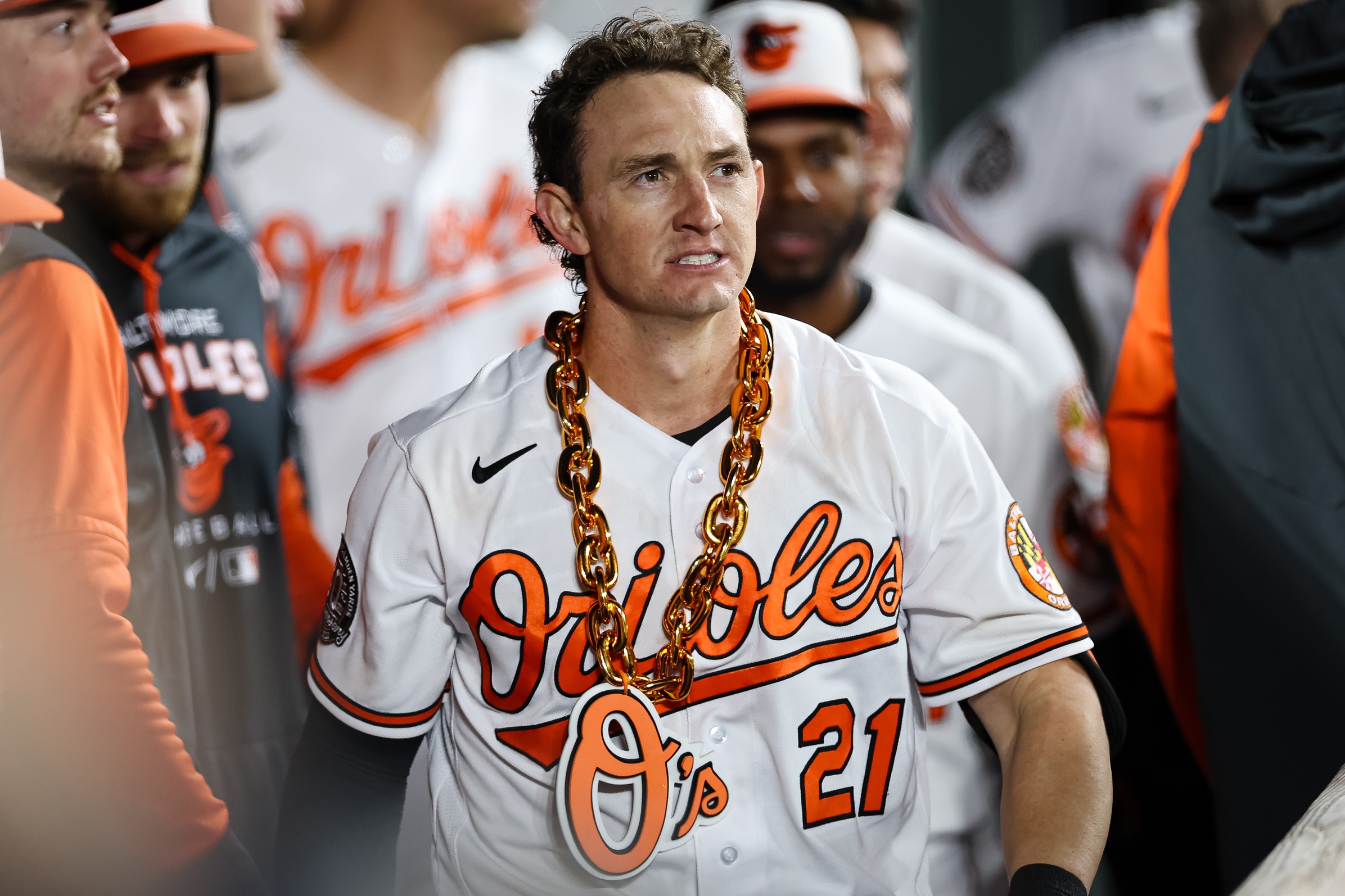 BALTIMORE—For the first weeks of the home season, Camden Yards was the home of small ball. Home runs were hard to come by, and Oriole hitters were settling for long outs.

On Thursday night, they hit a season-high five home runs, all solo shots, and beat the Minnesota Twins, 5-3, before an announced crowd of 8,652.

Austin Hays, who earlier prevented a key run from scoring with an excellent throw from left field, hit a tie-breaking homer with one out in the eighth against Jhoan Duran (0-1).

Hays’ third home run of the season was hit over the wall in left field, and Ryan Mountcastle, who hit the only other Oriole homer over the wall that is nearly 30 feet deeper and 6 feet higher than previous seasons, followed with his second homer of the game, his fourth of the season.

Mountcastle hit his first home run in the second to center and the eighth-inning blast to right-center.

“Guys were a little frustrated,” Mountcastle said. “They were squaring balls up and they weren’t falling. Seems like the last couple of days they have been and, hopefully, keep it rolling going into this next series.”

Cedric Mullins and Jorge Mateo also homered. It was Mullins’ fourth and second in two nights. Mateo hit his first; he also hit a triple.

“I think we put a bunch of good swings on the baseball,” manager Brandon Hyde said. “Just really impressive hitting off not-easy guys to go deep off of.”

The Orioles (10-16) won their second straight against Minnesota (15-11) for a split of the four-game series.

Hays hadn’t hit a home run at home this season.

“We didn’t really change anything,” he said. “We didn’t do anything different tonight, just continued to put good swings on balls and barrel it. Finally, a few went over the fence. I’m glad they finally did.”

Hyde said that even though the left-field wall has cut down on homers, Oriole hitters are capable of hitting the ball out to any field.

“Some of these guys are at their best when they’re using the big part of the field and staying to right-center,” Hyde said. “I feel like it’s almost an advantage for them. Mountcastle can leave in any part of the ballpark, and he showed it tonight.”

After Mountcastle’s first home run, the Twins tied it at 1. In the top of the third, Trevor Larnach and Jose Miranda singled against Oriole starter Spenser Watkins, who walked Ryan Jeffers to load the bases with none out. Byron Buxton grounded to third. Larnach scored; Jeffers was out at second.

Rougned Odor’s throw to first was offline, and Mountcastle hustled to retrieve the ball and made a perfect throw home to catcher Robinson Chirinos. Miranda was originally called safe, but the call was overturned after a challenge.

With one out in the fourth, Max Kepler singled, and with two outs, Gary Sanchez doubled to left. Hays’ took a perfect angle to the ball and lined up a throw down the line that was caught on one hop by Chirinos. He put the tag on Kepler, ending the inning with the Orioles leading 2-1.

“One of the better throws from an outfielder I’ve seen in a long time,” Hyde said.

“You hit more runs than you get assists in the outfield,” Hays said. “Any time I get to throw somebody out, especially a situation there where it’s a close game and teams are fighting back and forth, that one definitely gets me a little more.”

Watkins walked Larnach to begin the fifth, and after he struck out Miranda and Jeffers, Byron Buxton launched a 452-foot home run to left-center, and Minnesota led, 3-2.

After Watkins hit Carlos Correa with a pitch on his left wrist, Jorge Polanco singled, and Félix Bautista replaced Watkins, who allowed three runs on seven hits in 4 2/3 innings.

Bautista retired Kepler on a grounder to first to end the fifth and struck out two in a scoreless sixth.

Notes: The five home runs were the most the Orioles hit since they had a six-homer game on June 19th, 2021 against Toronto. … The Orioles had an individual two home run game and back-to-back homers for the first time this season. They were enjoying wearing the home run chain in the dugout, with Hays having to share it with Mountcastle in the eighth.