It might be time to jump on the Orioles' bandwagon - BaltimoreBaseball.com 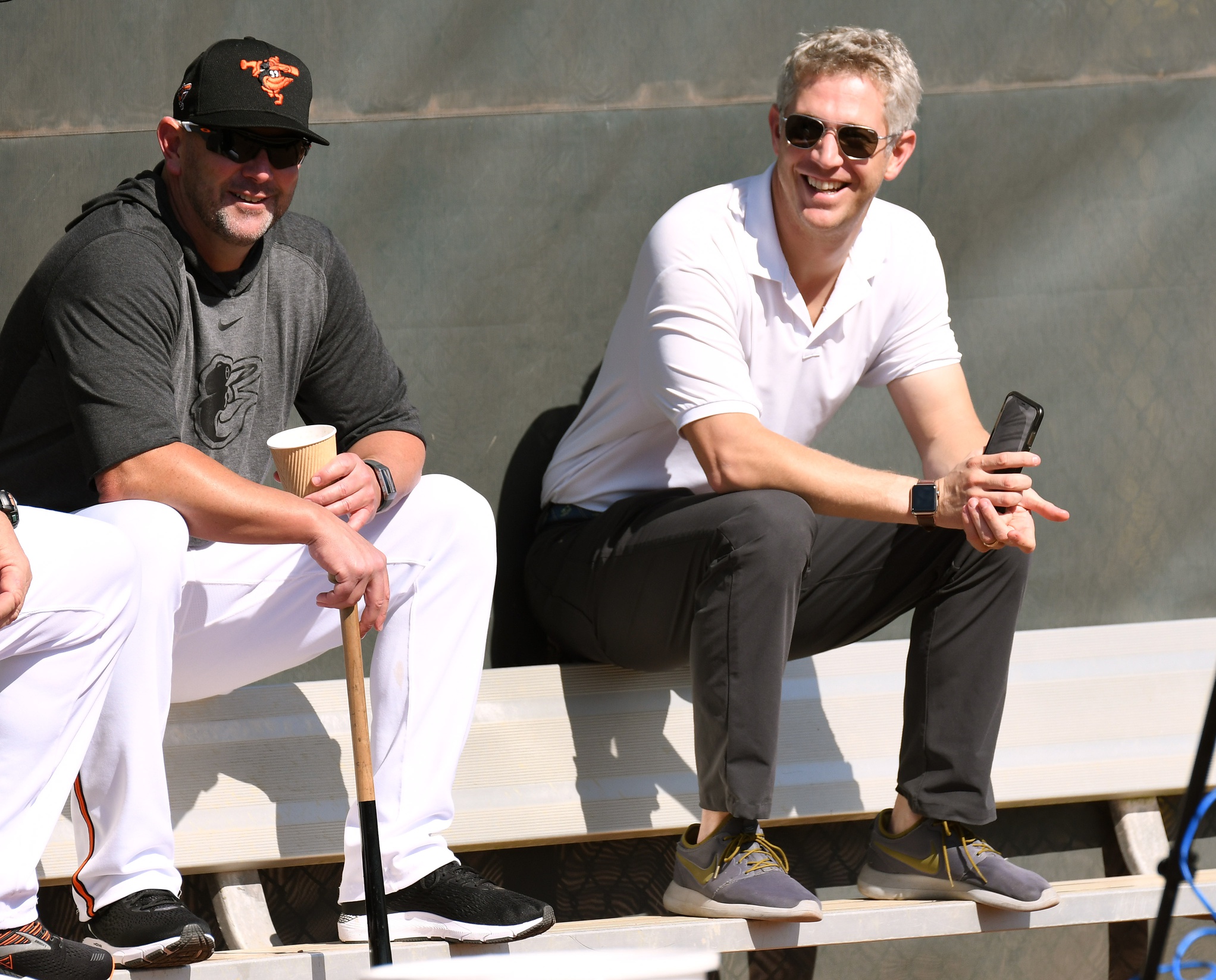 It would be easy enough to look back over the first month of the fourth season of the Mike Elias rebuilding project and complain that there’s not enough visible progress to keep the fan base convinced of a brighter future ahead.

The Orioles remain locked in the basement of the American League East. They have gotten a surprising number of solid performances from an unheralded pitching staff, but have struggled mightily to hit with runners on base and only recently have flexed any appreciable offensive might in a division full of muscle-bound contenders.

So, yes, it’s no surprise that the stands aren’t exactly packed with excited fans every night, but there are still plenty of good reasons to go along on the journey of discovery that this season may well turn out to be.

Even in the wake of the devastating injury to rotation ace John Means, the other young starters have held their own against some of the best teams in either league, the bullpen has been far better than advertised and emerging sluggers Ryan Mountcastle and Cedric Mullins are starting to assert themselves the way they did during breakout seasons in 2021.

That was very much on display Thursday night in the finale of the four-game series against the Minnesota Twins, when Mountcastle, Mullins and Austin Hays combined to hit four home runs in a 5-3 victory.

Hays has been the most consistent hitter in the lineup, Anthony Santander entered Thursday night’s series finale against the Twins ranked seventh in the league in on-base percentage and it’s only a matter of time before some of those line drives that Trey Mancini has been hitting at everybody start finding their way onto the scoreboard.

Throw in some recent flashes of brilliance from shortstop Jorge Mateo – who also electrified the crowd with a long home run and a triple on Thursday night — and it’s possible to at least fantasize about a team that can actually pitch and hit at the same time.

Of course, none of that changes the fact that the Orioles have won only 10 games and are on pace to barely exceed last year’s major-league-low win total (52), but that is not going to be the narrative much longer.

“I think we’re playing exciting baseball,’’ manager Brandon Hyde said afterward. “Our record doesn’t indicate for me how we’re playing. I think we’re pitching. We’re getting zeroes out of the bullpen. Our bullpen won us the game tonight by keeping the score there, not giving up a run from the sixth to the ninth inning. And offensively, the majority of our guys are still in that third, fourth year that are kind of coming into their own. They’ve got a chance to be pretty good players, and I think they’re fun to watch.”

Indeed, the story of the 2022 season will not be told by the standings – which is a good thing – but there is definitely a compelling story to be told. It will hopefully be remembered as the year that Elias’s “elite talent pipeline” began to produce a stream of budding major league stars that carries the team back to respectability.

That process has already begun with the recent arrival of right-handed starter Kyle Bradish and the return of infielder Tyler Nevin. It will move to another level when the Orioles call up 2019 No. 1 overall draft choice Adley Rutschman, who took another big step toward his major league debut when the team elevated him to the Triple-A level on Thursday. He could show up at Camden Yards as soon as the next homestand.

Top pitching prospects Grayson Rodriguez and DL Hall also are expected to debut this summer, which should be reason enough for fans to show up at the ballpark for a glimpse of what’s ahead for an organization that finally gained national notice for the depth of its farm system. There will be more where they come from.

No guarantees, but we knew that already. Rutschman will be brought along gradually and the team will handle the young pitchers with care, because the jump from the minors to the majors is fraught with peril, especially in the school of hard knocks known as the AL East.

It might be a bumpy ride, but you won’t want to miss it.

“Yeah, I hope the fans enjoy watching us play,’’ Hyde said. “I think we’re a fun team to watch, our farm system is really strong and we have some good players coming.”