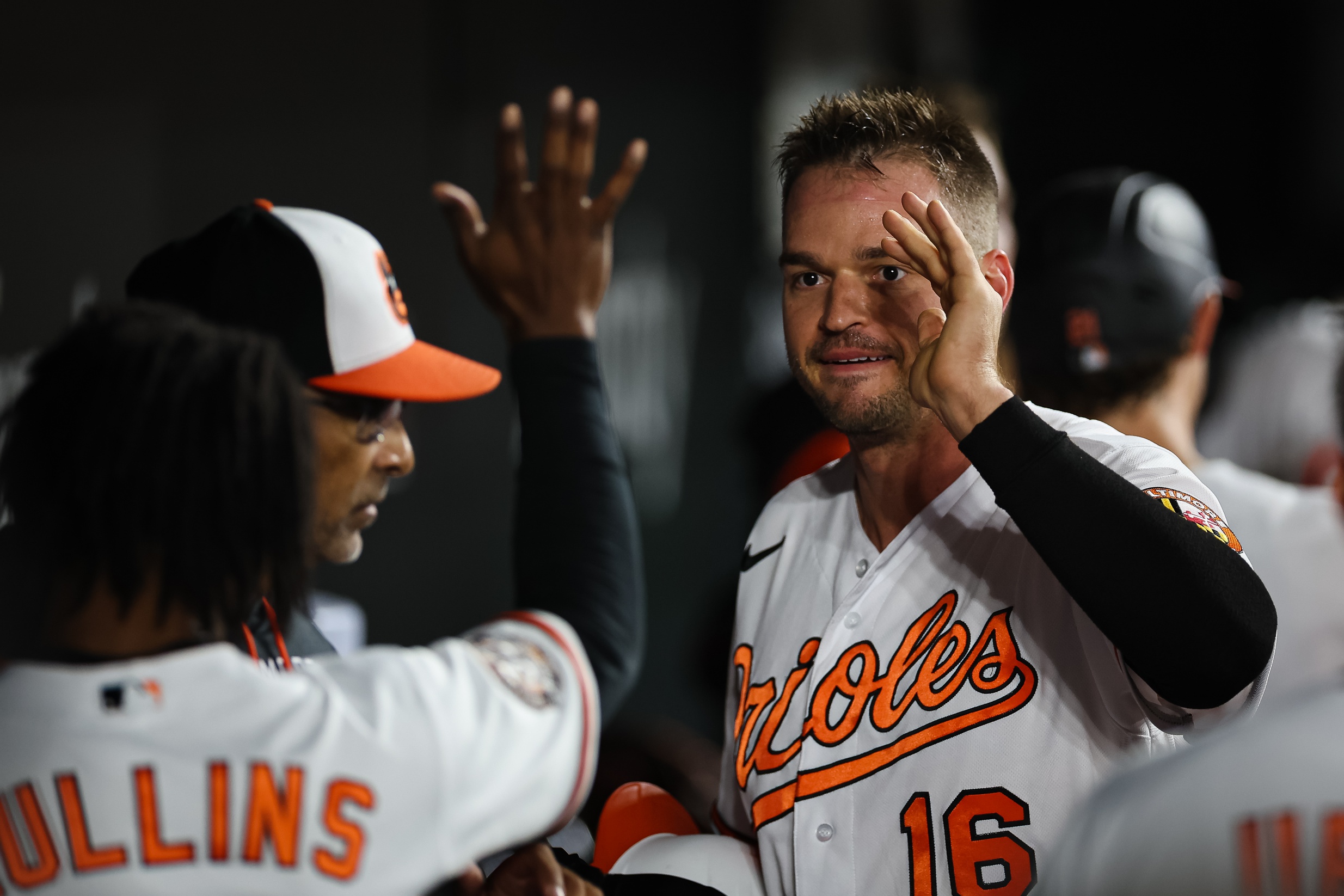 BALTIMORE—One night after manager Brandon Hyde criticized his offense for “chasing numbers,” the Orioles’ offense put up some big numbers, equaling a season-high for runs and registering a six-run third inning that also matched a season high.

Their 9-4 win over the Minnesota Twins before an announced crowd of 7,466 at Oriole Park on Wednesday night came against former Oriole starting pitcher Dylan Bundy.

“We got some infield singles by moving the baseball, putting the ball in play, which led to some big innings,” Hyde said. “I thought we did a lot of good things offensively.”

Once the Orioles’ top pitching prospect, Bundy was traded in December 2019 to the Los Angeles Angels for four right-handed pitchers, one of whom, Kyle Bradish, turned into a top prospect for the Orioles and started against Bundy.

Bradish, who allowed two earned runs in six innings in his major league debut against the Red Sox on April 29th, didn’t last long enough to pick up his first major league win in his second start, giving up four runs on six hits in four innings. He escaped further damage when Gilberto Celestino’s line drive hit Gary Sanchez running from first to second for the final out.

Bundy’s night was even shorter.

“It was bad,” said Bundy, who was taken by the Orioles with the fourth pick of the 2011 draft. “I didn’t really have any control of the fastball, trying to throw off-speed pitches behind or early in the count, and they got hit hard. So just all around, it wasn’t a good outing at all.”

Bundy was a starter for the Orioles for four seasons and a teammate of Mancini’s during that time.

“I’ve been his teammate for so long, it was weird to be in the batter’s box,” Mancini said. “My first at-bat, I definitely got a little jumpy. It’s a pretty slow wind-up and then at the end, it comes at you quickly, and you want to jump. I definitely had to make an adjustment after that. It’s weird just being from a different vantage point … It’s strange playing with someone so long and then opposing them.”

Bundy started against the Orioles once before. On August 24th, 2021, Bundy lasted just 1 1/3 innings in a 14-8 Angels win. That was the Orioles’ 19th straight loss, and the last appearance for Bundy with Los Angeles. He missed the rest of the season because of a shoulder injury and signed with the Twins as a free agent for $5 million with an $11 team option for 2023.

The Orioles scored six runs in the third on a two-run home run by Cedric Mullins, his third, RBI singles by Austin Hays and Rougned Odor, and a two-run homer by Ramón Urias, his first.

The six runs equaled the Orioles’ biggest inning of the season. Last Sunday, they scored six in the sixth inning and nine in the game against the Red Sox.

“We had two of our better innings offensively,” Hyde said. “Nice to see our guys swing the bat the way they did.”

Bradish faced the minimum nine batters in the first three innings. He allowed two singles that were followed by double plays.

The Orioles equaled their club record by turning five double plays. It was the 11th time they’ve done it, the first since July 6th, 1999.

“I think we have some guys in the bullpen that put the ball on the ground,” Hyde said. “Really happy with our middle infield tonight, [shortstop Jorge] Mateo and [second baseman Rougned] Odor.”

In the fourth, Bradish allowed Minnesota to get back in the game when they scored four runs. Carlos Correa hit a two-run home run, his second. Nick Gordon had a run-scoring single, and Gio Urshela hit a sacrifice fly.

“Just lost command of my breaking balls and wasn’t throwing them for strikes, and they were laying off of it,” Bradish said of his fourth. “The first three, I was cruising. Felt really good. Felt really good going out for the fourth, and I lost focus.”

The long third inning by the Orioles’ offense could have affected him.

“I should have probably did more in that inning when I was sitting,” Bradish said. “I was enjoying all the hits we were getting and the run. I was just being a fan.”

The Orioles scored three more against Bundy in the fourth on an RBI single by Anthony Santander, a sacrifice fly by Hays and an RBI double by Ryan Mountcastle.

“We had high quality at-bats,” Mancini said. “I’m sure the pitch selection was better. At the same time, we’ve talked a lot about some of the bad breaks we’ve gotten. Some things went our way tonight, too.”

Mancini had three infield singles. On Tuesday night, he had another. After hitting a number of line drives that were caught, he has raised his average to .265.

“He’s hitting them in the right spot,” Hyde said.

Bradish threw 70 pitches and was hit hard in the fourth.

“We scored six in the third. He sat for a long time,” Hyde said. “It was a long half-inning for us, in a great way, and they got to him in the fourth inning … The most important thing is he’s going to be pitching every five days, and these are good learning experiences.”