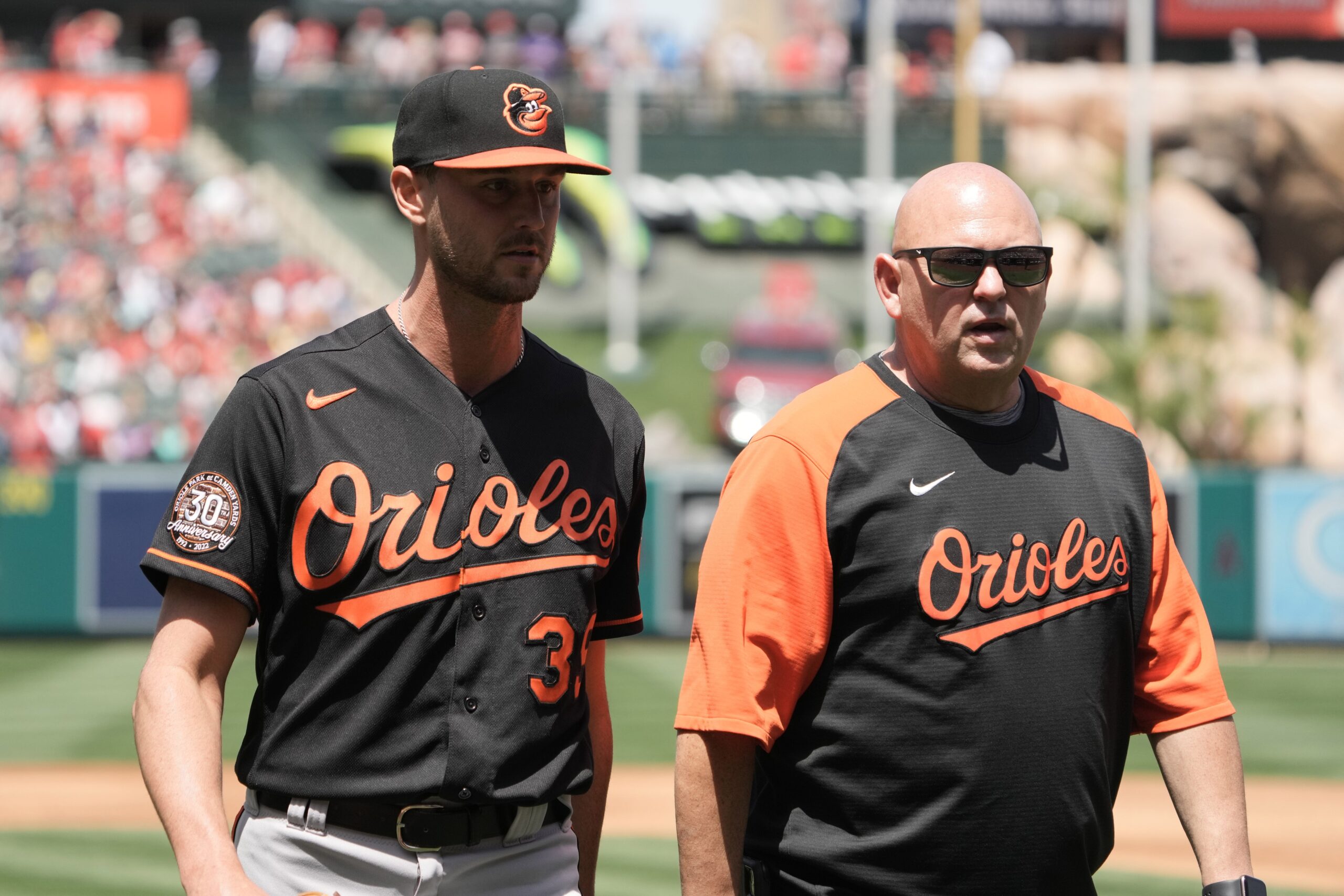 BALTIMORE—Right-handed pitcher Chris Ellis, who went on the 10-day injured list because of right shoulder inflammation, had arthroscopic surgery on the shoulder Wednesday and is out for the season. The surgery was performed in Arlington, Texas by Dr. Keith Meister, who also performed John Means’ Tommy John surgery on April 27th.

“Hopefully, he’ll be back next season,” manager Brandon Hyde said. “He’s got a labrum and cuff cleanup that’s going to finish his season.”

Ellis left the April 24th game between the Orioles and Los Angeles Angels in Anaheim after facing just five batters.

“His shoulder was bothering him,” Hyde said. “We were just waiting for the doctors to figure out what it was.”

When the Orioles need a 40-man roster spot, they can transfer Ellis from the 10-day to the 60-day injured list.

Left-hander Alexander Wells, who is on the 10-day injured list because of an ulnar collateral ligament sprain and is expected to miss eight to 12 weeks, has gone to Sarasota for rehabilitation.

Infielder/outfielder Tyler Nevin isn’t in the lineup for Wednesday night’s game against the Minnesota Twins, but he says he feels better a day after he left Tuesday night’s game in the sixth inning because of a sore right groin.

Nevin, who was playing third base, says the injury is day-to-day, and he’s optimistic that he won’t have to go on the injured list.

Hyde was hoping Nevin would be available off the bench.

“He’s testing it out this afternoon,” Hyde said. “[He said] it felt a lot better today, so that was positive.”

Six-man rotation?: Later in the season, the Orioles could have several starting pitchers in the rotation whose innings they plan to monitor closely — Kyle Bradish, who’s starting on Wednesday; Tyler Wells, who was in the bullpen last season; and Grayson Rodriguez and DL Hall, when they’re promoted.

The Orioles could experiment with a six-man rotation. Many teams are doing that in the minor leagues because they play six games a week, with Mondays off.

“Having flexibility in our pitching staff hasn’t been something that’s happened the last few years since I’ve been here. We’re going series-to-series and week-to-week, trying to carry as many pitchers as we can. You carry a six-man rotation, you’re just adding another guy. You’re taking a guy out of the bullpen, which is challenging. We’ll see where we are at that point.”

Supporting the Caps: The Orioles wore red T-shirts in support of the Washington Capitals, who are playing the Florida Panthers in the first round of the Stanley Cup playoffs.

Many of the players have little knowledge or interest in hockey. Reliever Félix Bautista, who’s from the Dominican Republic, laughed when asked through an interpreter about the sport.

But there are some hockey fans among the players. Bruce Zimmermann, who grew up in Ellicott City, is a Caps fan but hasn’t been to a game, though he’s attended some Tampa Bay Lightning games while training in Florida.

Relievers Keegan Akin and Paul Fry are from Michigan and are Detroit Red Wings fans.

Catcher Anthony Bemboom has hockey bona fides. The Minnesotan began playing when he was 5, before he played baseball, and played until he was 14. He’s a fan of the Minnesota Wild and joked that he couldn’t wear the shirt.

Jorge López has taken his son to an Arizona Coyotes game, and the Puerto Rican says he’s become somewhat of a hockey fan.

Another reliever, Travis Lakins, is a fan of the Florida Panthers, the Capitals’ opponent in the first round.

Tyler Nevin has gone to a few Anaheim Ducks games and watches the minor league San Diego Gulls games during the offseason.

As for Hyde, he’s never been to a Caps game.

“I have not, but I’m representing today,” Hyde said with a smile. He has attended Chicago Blackhawks games.

Isaac DeLéon and Luis Valdez homered in a three-run sixth inning as Single-A Delmarva broke its four-game losing streak with a 5-1 win over Columbia. It was the first home run of the year for both. Valdez’s was a two-run home run. DeLéon’s was a solo shot.