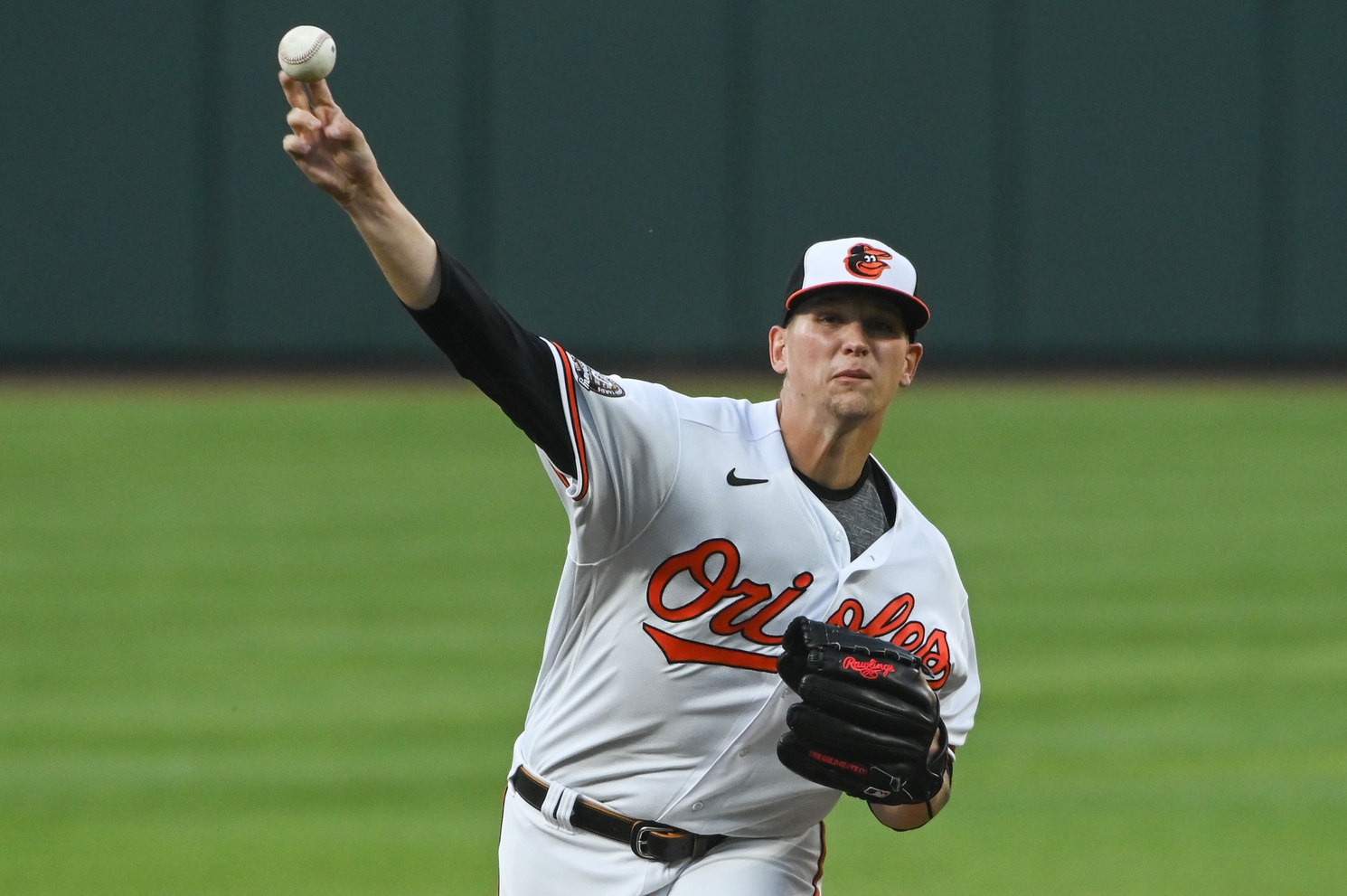 BALTIMORE—After Sunday’s nine-run outburst, the Orioles hoped that their offensive surge would continue. Instead, they were scrounging for increasingly rare base hits.

The Orioles were held to just four hits in a 2-1 loss to the Minnesota Twins before an announced crowd of 7,427 at Camden Yards on a beautiful Monday night.

Oriole starter Tyler Wells retired the first 10 batters he faced until Luis Arraez singled with one out in the fourth. With two outs, Jorge Polanco singled, but Wells got out of the inning after Max Kepler filed to right.

In the top of the fifth, Trevor Larnach doubled with one out, and scored on a single by Ryan Jeffers.

“He was throwing the ball so well the first couple of innings,” manager Brandon Hyde said. “Super quick at-bats, really happy with how he’s thrown the ball the last two starts.”

Even though Wells threw only 62 pitches, Hyde didn’t consider sending him out for the sixth.

“We need Tyler to pitch for us this year,” Hyde said. “That’s the challenge. I don’t want to take him out.”

The Orioles (8-15) tied the score at 1 when a drive by Rougned Odor to the new left-center field corner caromed while leftfielder Nick Gordon slid into the wall. Odor had a triple and scored on a sacrifice fly by Ramón Urías’.

“I thought we squared up a ton of balls early in the game,” Hyde said. “We had really good at-bats early in the game. Nothing fell for us, but we drove the ball. We lined out a bunch, just not getting it to fall right now.”

Wells allowed a run on four hits in five innings, striking out four. He hasn’t walked a batter in his last three starts (12 1/3 innings).

“I’m going out there and just going as long as I can until they tell me to stop,” Wells said. “These last two starts, whenever they say, hey, they’re going to loosen the reins a little bit, when our bullpen has been taxed, I’m happy to be able to go that deep.”

Wells will be held to a strict innings limit in his first season as a major league starter.

“I felt like I’m finally getting to that point where I’m getting over the hump, and I’m starting to put together more consistent outings,” Wells said.

The Orioles selected Wells in the December 2020 Rule 5 draft from the Twins’ organization.

“I wouldn’t say that it really meant anything to me as far as sticking to my game plan,” Wells said. “Whenever you’re facing guys that you came up with, in that organization for a long time, a lot of coaches that I came up with … there’s a lot of guys over that I’m still close to, that I still talk to, but I wouldn’t put it that it as it was any more significant than any start.”

Bryan Baker (1-1) replaced Wells for the sixth and allowed a leadoff single to Byron Buxton, who moved to second on a grounder to first by Arraez and scored on a single by Carlos Correa to give Minnesota (14-9) a 2-1 lead.

Paul Fry, who saw his ERA swell to 10.29 after two rough outings against the New York Yankees last week, pitched a perfect ninth.

“I keep telling myself, ‘There’s going to be a breakthrough here,’” Fry said. “I know what I’m capable of. I know what I’ve done in the past, so I just have to stick with the plan.

Fry knows that the bullpen will be used heavily with Wells starting.

“We know that it’s going to be a close game,” Fry said. “We know that he’s going to go out and attack guys, hopefully put us in a good spot to win the game, and he did tonight.”

Minnesota starter Chris Paddack (1-2) allowed a one-out walk to Austin Hays in the sixth, and a single to Anthony Santander, which sent Hays to third. Joe Smith retired Ryan Mountcastle on a double play to end the inning.