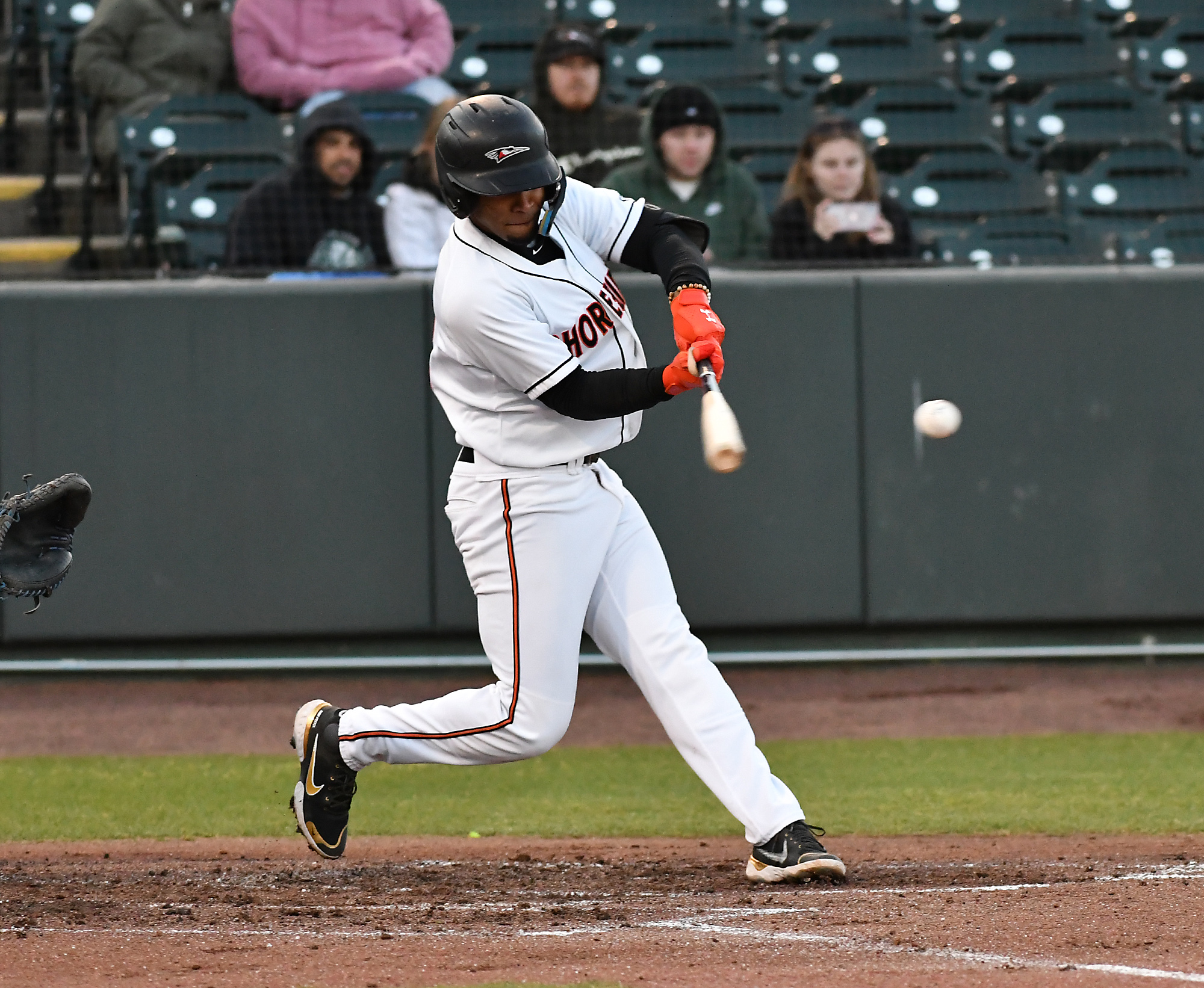 Shortstop Darell Hernaiz is off to a hot start at Single-A Delmarva, and catcher Adley Rutschman and pitcher DL Hall are headed to Bowie after spending a week at High-A Aberdeen on rehab assignments. The Baysox will begin a six-game homestand on Tuesday.

Hernaiz started the season on a seven-game hitting streak that ended on April 17th. He is batting .313 and either leads or is tied in most major offensive categories for the Shorebirds.

Hernaiz, who is from San Juan, Puerto Rico, had a two-homer game on April 20th in a 17-3 loss to the Myrtle Beach Pelicans. He has five home runs after hitting six all of last year. He also has 16 RBIs and three stolen bases.

“I’ve been prepared,” Hernaiz said. “It started last year and carried over to this year. That’s been the main thing for me.”

Hernaiz, who was selected by the Orioles in the fifth round of the 2019 draft, has seen opposing pitchers make adjustments, but it hasn’t changed his approach. He usually bats third in the lineup.

“Being in the middle of the order, you definitely get pitched a little bit different,” Hernaiz said. “All you really have to do is see the ball and hit the ball. I feel like you can’t overcomplicate it.”

He has continued to progress this season.

“The main thing is just confidence,” Hernaiz said. “You have to always have confidence in yourself as a player. I feel like always be confident every time you go up to the plate and every time you play defense. The rest will take care of itself.”

The next stop for Hernaiz is High-A Aberdeen, which is where Rutschman and Hall spent the past week. Hall, who had an elbow injury last season, pitched on Friday — with Rutschman catching — and allowed only two hits and no runs in four innings while striking out six. Rutschman, who strained a right triceps muscle in an intrasquad game before major league spring training began, was 6-for-14 as a catcher and designated hitter.

While Rutschman and Hall are eager to move up to the Orioles, Hernaiz is trying not to think about promotions.

“I don’t really have any control over that,” Hernaiz said. “I’ll just keep playing my game and whenever the time is right, it will happen.”

The Orioles’ minor league system is ranked No. 1 by MLB Pipeline. Hernaiz is proud to be part of an organization with so many talented prospects.

“I think it’s pretty special to look around at all your peers and know you have something special,” Hernaiz said. “To be ranked No. 1 is also special to be part of. We don’t take that lightly. We keep working hard every day and, hopefully, one day we’ll make an impact.”

On the season, Prieto has appeared in 18 games and is batting .328 with four doubles, seven home runs, 17 RBIs, five walks and 11 strikeouts. He’s also a versatile infielder who can play shortstop, second and third, which adds to his value.

Prieto was signed by the Orioles as an international free agent on January 15th and is ranked as a top 50 international prospect, according to MLB Pipeline. He was named the Cuban National Series Rookie of the Year in 2019. Prieto could be on the fast track to Bowie.