Hyde has proven to be the right man to lead Orioles - BaltimoreBaseball.com 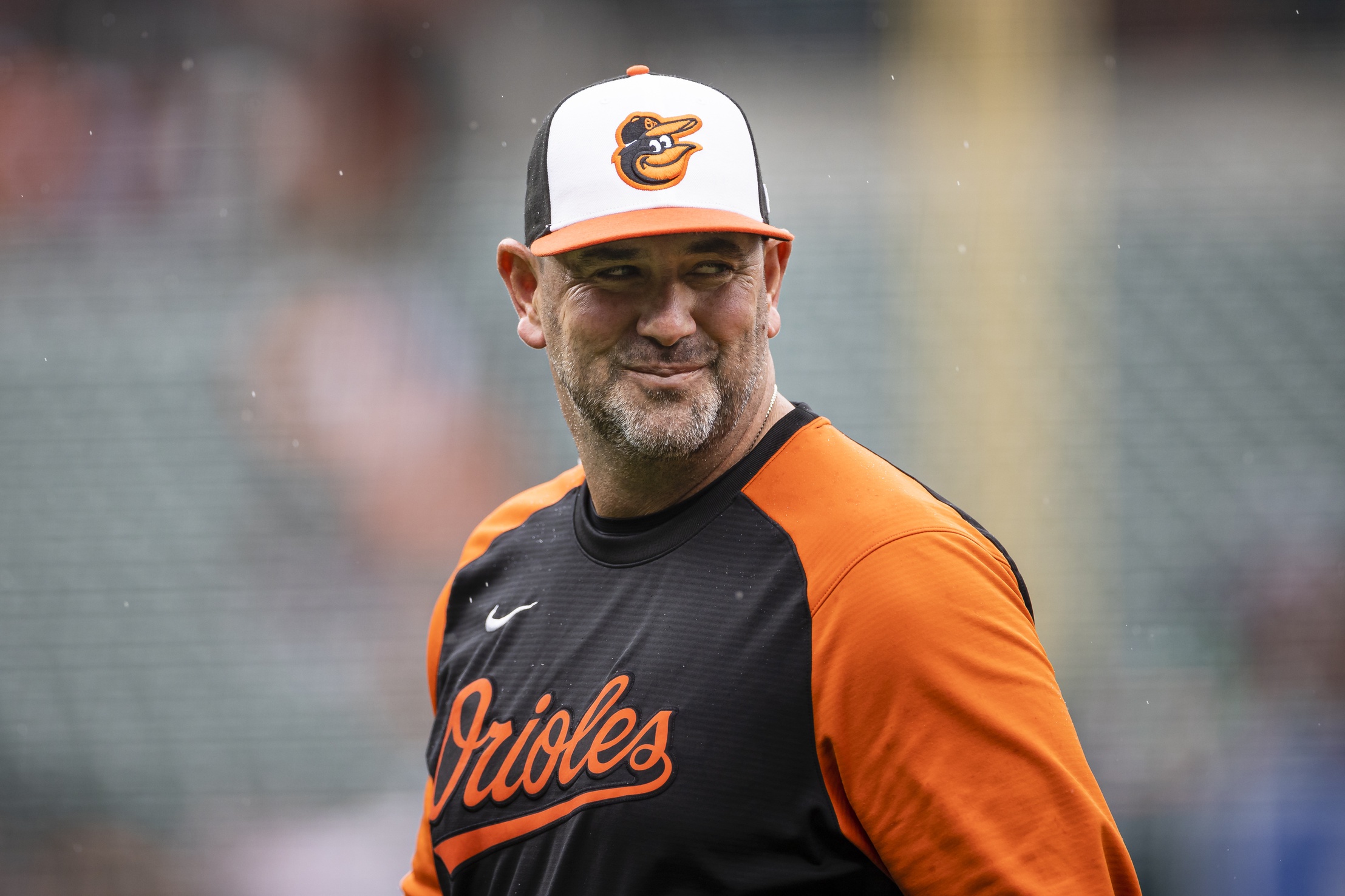 NEW YORK—When Brandon Hyde was named manager of the Orioles in December 2018, the conventional wisdom was that Hyde was a placeholder, a manager who’d be replaced when the Orioles were ready to contend again.

That day isn’t here yet but, according to a report in the Baltimore Sun, which was confirmed by an industry source, Hyde is under contract to manage the Orioles through this season and next year as well.

Hyde’s contract details have been a closely held secret, as are the terms of executive vice president/general manager Mike Elias’ deal with the team.

The best guess is that Elias is under a five-year deal, which would conclude in 2023, so it makes sense that his handpicked manager would be with him, too.

Some fans were eager to anoint Buck Britton as Hyde’s successor when they saw that Britton was being promoted for the second time under Elias to manage Triple-A Norfolk.

Like Hyde when he was first hired, Britton never played nor managed in the majors, and unlike Hyde, who coached five seasons for the Chicago Cubs, he hadn’t coached in the majors, either. Britton, who has done an excellent job managing Oriole prospects at Norfolk, Bowie and Delmarva, might well be a major league manager someday, but Hyde will be the Orioles’ manager next year.

In parts of four seasons, Hyde has compiled the fourth-worst record of major league managers who’ve skippered more than two complete seasons. He came on board to help guide the Orioles through a rebuild, and he has shown leadership during a pandemic and with a roster that’s not built to win at this point.

Hyde has already managed the ninth-most games in team history. If he completes the 2023 season, he will have the fifth-longest tenure in team history behind only Earl Weaver, Buck Showalter, Paul Richards and Hank Bauer.

Hyde was hired just before Christmas in 2018 and didn’t have the full offseason to assemble a coaching staff and acquaint himself with his players, only one of whom, Andrew Cashner, he knew.

In 2020, the Orioles and the rest of Major League Baseball had to deal with the effects of the pandemic, including the loss of the minor league season. Because of that, the major league debuts of catcher Adley Rutschman, right-hander Grayson Rodriguez and, perhaps, pitcher DL Hall were delayed from 2021 to this year.

Another top pitching prospect, 25-year-old Kyle Bradish, will start against Boston on Friday. Rutschman, Rodriguez, outfielder Kyle Stowers and Hall should move up to the Orioles this season. That’s important because there will be some disappointment from which they must learn, and the even-keeled Hyde will be able to help guide them through it.

Being a major league manager is a much different task than it was even in the days when Showalter led the Orioles. He had substantial influence, and the front office and coaching staffs were much smaller.

The old conventional wisdom was that Hyde would take the bullets, and another manager would get to watch the prospects play and win.

Hyde’s bench coach, Fredi González, compared Hyde’s situation to what he encountered with the Atlanta Braves. When González was fired in early 2016, the Braves turned to longtime organizational man Brian Snitker to replace him and retained him after a stint as interim manager. Snitker eventually won the World Series in 2021.

The Orioles are a long way from the World Series, and even contention, but perhaps by 2023, the prospects coming along this year and perhaps infielders Gunnar Henderson and Jordan Westburg could join the team, and Hyde could have players schooled in the new Orioles’ way.

Fans have criticized Hyde’s management of the bullpen, but during less than two seasons, the team has traded away relievers Richard Bleier, Miguel Castro, Mychal Givens, Tanner Scott and Cole Sulser. The team’s record probably wouldn’t have been much different with some of those relievers in the bullpen, but others with little or no major league experience — Bryan Baker, Félix Bautista and Joey Krehbiel — haven’t been overmatched.

Hyde hasn’t been as fortunate with his starters, but injuries o John Means and Chris Ellis have left him with another inexperienced rotation. He’s working through it.

Hyde doesn’t criticize his players or complain about the lack of talent, which is even more glaring when competing in the American League East.

He has been given time, though. Hyde hasn’t been made a scapegoat for teams that have lost 108 and 110 games in his two complete seasons. It wouldn’t be a surprise if this team lost 100 or more again, though an infusion of young talent should help the Orioles win more games later in the season.

By next year, we’ll have a better idea of how well Hyde can manage with talent. The guess here is that with better talent, the Orioles will have a better record, perhaps a much better one.