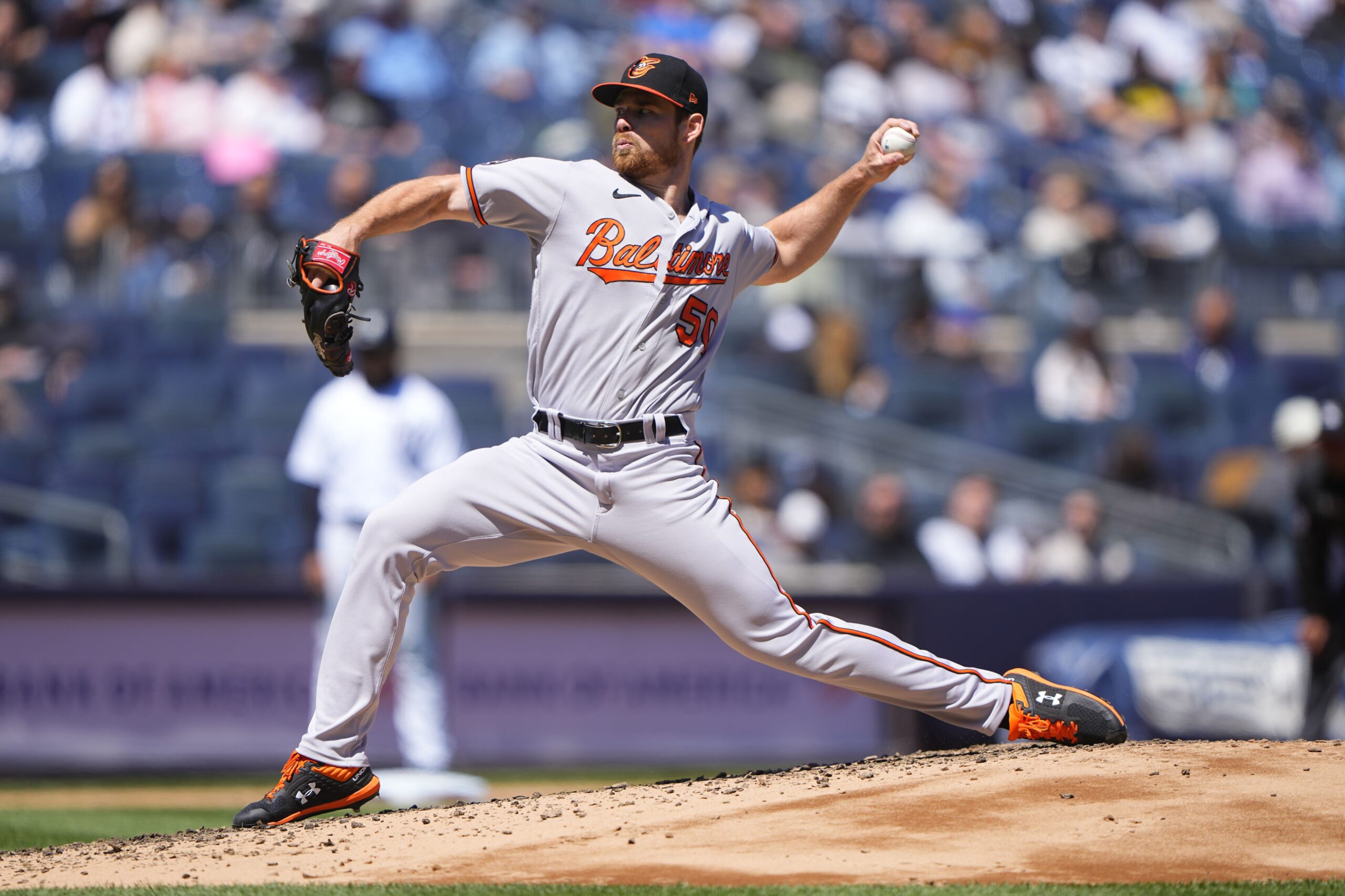 NEW YORK—The list of issues for the Orioles in their loss to the Yankees on Thursday was a long one. Let’s start with the defense, which was awful. The Orioles committed five errors for the first time since August 8th, 2018 and allowed the Yankees a four-run fifth in which all the runs were unearned.

They had runners on in every inning but the eighth and left 13 runners on base, going 1-for-10 with runners in scoring position in the first six innings. In the end, they were swept by the Yankees and their latest setback, their fourth in a row, before an announced crowd of 29,268 at Yankee Stadium was especially disheartening.

Third baseman Kelvin Gutiérrez and shortstop Jorge Mateo each committed two errors that led to six unearned runs, the first time the Orioles allowed that many since July 20th, 2019.

“We have to play solid defensively for us to have a chance to win,” manager Brandon Hyde said. “We didn’t play very good defense today and we had a tough time covering up for it offensively … We’ve got to get better.”

After winning two of three against the Los Angeles Angels, the Orioles (6-13), the Orioles lost their last four games on a 10-game road trip on which they were 3-7. They begin a 10-game homestand on Friday against the Boston Red Sox. Kyle Bradish, one of the Orioles’ top pitching prospects, is being recalled from Triple-A Norfolk to make his major league, according to an industry source (MASN Sports reported it first).

Ryan McKenna doubled with one out in the second and, with two outs, he scored on a single by Gutiérrez, who was out trying for second on the throw home.

Cedric Mullins was hit by a pitch by Jameson Taillon to begin the third. He moved to third on two wild pitches and scored on Trey Mancini’s infield out.

Austin Hays, who had his first career four-hit game, doubled, but Rougned Odor struck out to end the inning.

The Orioles, who had Mancini and Hays on second and third with two outs in the first, also had chances to add on in the fourth and fifth.

Mateo singled to begin the fourth. McKenna walked and both moved up on a sacrifice by Anthony Bemboom. Gutiérrez struck out and Mullins fouled to first to end the inning.

With two outs in the fifth, Hays singled against Taillon, and Odor doubled against former Oriole Miguel Castro (2-0). Mateo walked, and McKenna struck out.

“You’ve got to be solid defensively and you’ve got to be able to tack on runs, and we haven’t done that very well the last few years, either,” Hyde said. “We had a couple of situational hitting opportunities where we didn’t come through.”

Orioles starter Bruce Zimmermann (1-1) had allowed two hits in four scoreless innings, but shoddy defense undermined him in the fifth. Two errors by Gutiérrez and one by Mateo led to four unearned runs.

“A couple were in-between plays, but we’ve got to be able to catch the ball for us to hang in games and have a chance to win,” Hyde said. “I thought Zimm threw great. I thought he was outstanding once again. That’s a tough lineup to face … He should have gone deeper in the game.”

“I’ve got to make some better pitches,” Zimmermann said. “I [was] way ahead on two-strike counts. I’ve got to do a better job of taking the bat of the guy’s hands when I can.”

Zimmermann’s ERA fell to 0.93 because of the four unearned runs.

“That’s the mark of any good team, I guess, is to stop the bleeding as soon as possible, which we’ve been able to do with the bullpen being as lights-out as it has been,” he said.

Mike Baumann’s throwing error in the sixth contributed to a fifth one. In the eighth, Mateo’s second error preceded Judge’s three-run home run that made it 10-2.

Notes: First baseman Ryan Mountcastle missed his second straight game because of a stiff neck. … Anthony Santander’s on-base streak ended at 18 games. … Adley Rutschman isn’t in High-A Aberdeen’s lineup for Thursday’s game. It’s a planned rest day during his rehab assignment; he caught in his first game and was the designated hitter in the second. … Catcher Creed Willems, who was the Orioles’ eighth-round draft choice in 2021, joins High-A Delmarva. Willems played 10 games in the Florida Complex League in 2021. …The Orioles haven’t named their starters for Saturday and Sunday. Boston will pitch Rich Hill (0-1, 4.85) against Bradish. Nathan Eovaldi (1-0, 3.32) and Nick Pivetta (0-3, 8.27) are the scheduled Saturday and Sunday starters.