In Rutschman's view, good things come to those who wait - BaltimoreBaseball.com 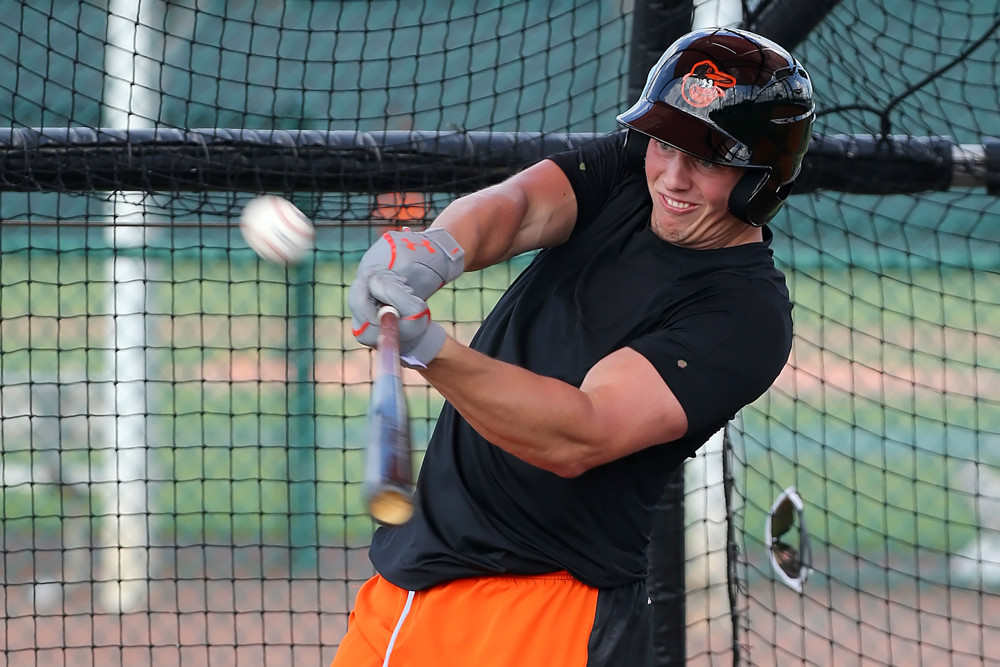 Top Orioles prospect Adley Rutschman sounded mature beyond his tender years Tuesday as he pondered a question about patience at a time when he is maddeningly close to making his much-anticipated major league debut.

He talked about being in the moment. He talked about the value of his time in the minor leagues and the relationships he has built that will last a lifetime. He talked about not letting any of that get overlooked while he was trying to see beyond the horizon.

“If you’re just constantly just looking at the big leagues, I think you take for granted the time you have right now…, “ he said. “So, I think that is the biggest thing, but definitely there is that aspect where you look forward to be able to contribute to a team, try and win and win together.”

It was nice to see a young player look with such wisdom at the big picture. If only the rest of us could be so sanguine.

The Orioles remain in the midst of a rebuilding program that has been predictably protracted and painful. The only thing that has made it at all bearable has been the prospect of all those prospects that Executive Vice President/General Manager Mike Elias and former GM Dan Duquette have accumulated over the past five years.

Their time is finally near, but Rutschman’s arrival at the big league level – which might have been this Friday if not for the triceps injury that waylaid him early in spring training – will likely have to wait a little longer. The same goes for promising left-hander DL Hall, the 2017 first-round draft choice who arrived in Aberdeen this week along with Rutschman and minor league acquisition Rico Garcia on injury rehab assignments.

In a perfect 2022 world, Rutschman, Hall and the Orioles’ other top-three prospect Grayson Rodriguez would right now be waiting for that magic phone call that puts them in very prominent positions on the major league roster. But Rodriguez is the only one of that talented trio that is currently pitching at the Triple-A level and it seems likely that Rutschman and Hall will have to get back there before they get up here.

In the meantime, Oriole fans should take some comfort in the surprising performance of a no-name pitching staff that Elias has fashioned largely out of whole cloth and hope that the O’s offense can make more noise in May than it has during a very frustrating first three weeks of the new season.

If the heady reviews of the Orioles’ rebuilt minor league system mean anything, a brighter future does lie ahead. There is a lot more down on the farm than just three great prospects and the “elite talent pipeline” that Elias envisioned when he arrived in Baltimore should start pumping that talent into Oriole Park over the next two seasons.

The challenge for playoff-hungry fans will again be to re-invest their emotions on an individual rather than a team level. The postseason is not yet on the horizon, so the entertainment value of the team will lie in the learning curve of these arriving future stars as well as the continuing development of 2021 standouts Cedric Mullins and Ryan Mountcastle. By season’s end, we should finally have a better sense of just how much talent is bubbling up through the minor leagues and Elias will likely have one more No. 1 overall draft choice in the fold.

Maybe, just maybe, there will be enough progress for Elias and ownership to finally think seriously about adding some proven talent from outside the organization and start pointing the Orioles toward the upper reaches of the seemingly unscalable American League East standings.

That may sound like a fantasy right now, but Rutschman seems to be of the opinion that all things really do come to those who wait.