Minor Monday: Bradish appears to be on fast track to Baltimore - BaltimoreBaseball.com 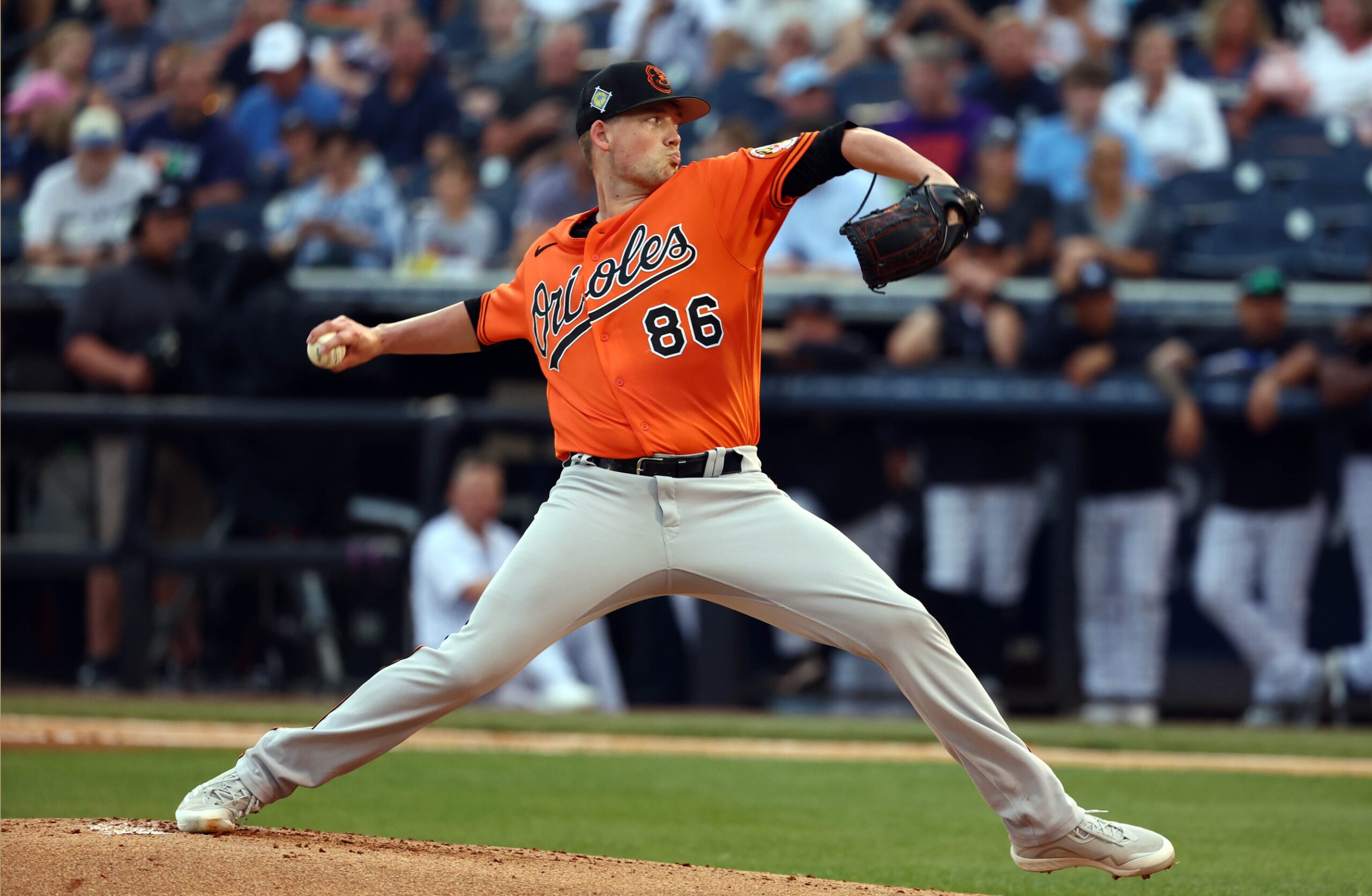 It appears to be a matter of when, not if, Kyle Bradish will make his debut with the Orioles this season. The way the right-hander is pitching, the promotion could arrive sooner than later.

“I am just taking it one day at a time,” Bradish said. “I have no doubt that it’s going to come this year. I am just trying to stick with the process and trust the Orioles.”

Bradish, 25, was named the International League’s Pitcher of the Week on April 18th. In two starts and nine innings, Bradish allowed one run on four hits and two walks while striking out nine. He threw 64 percent of his pitches for strikes, tossing 125 pitches, 80 for strikes. Opposing hitters batted .129 against him (4-for-31). Triple-A Norfolk  won both games Bradish pitched at Scranton/Wilkes-Barre.

He followed that up with another solid performance.

On April 22nd, Bradish allowed one run and four hits in six innings in a 5-4 victory over Durham. He struck out eight and allowed just one walk.

“Staying within myself and getting ahead of the hitters,” Bradish said. “I throw a lot of strikes.”

Bradish had a solid spring training, throwing four scoreless innings, and stayed behind in Sarasota to get more innings. He appears to be getting stronger with each start and has thrown 58, 67 and 86 pitches in his three starts.

“I think it was good to build up those innings,” Bradish said. “They didn’t see any reason to rush me early in the season. We’re getting built up now. My arm feels really good.”

Bradish was acquired by the Orioles along with right-handed pitchers Kyle Brnovich, Isaac Mattson, and Zach Peek from the Los Angeles Angels in exchange for starter Dylan Bundy on December. 4th, 2019.

He has continued to progress this season.

“I’m feeling good,” Bradish said. “I am just trying to build off spring training and the last five or six starts I had last year. I’m feeling really confident against the competition.”

For now, Bradish will focus on dominating Triple-A hitters. He and top pitching prospect Grayson Rodrigue, 22, give the Tides perhaps the best one-two punch of starters in the International League.

“Grayson is a cool guy,” Bradish said. “He’s smart for how young he is. He’s a stud. He’s a workhorse, I can’t say enough good things about him.”

Henderson homers: Bowie shortstop Gunnar Henderson homered in back-to-back games  against Akron. He hit a two-out solo homer in the first inning in Bowie’s 2-1 win over Akron on Friday. The following night, Henderson homered again in an 8-6 loss. They were Henderson’s first home runs of the season. He is batting .261 with 10 RBIs in 46 at-bats.

Rutschman to Aberdeen: Catcher Adley Rutschman will report to High-A Aberdeen on Tuesday to begin a rehab assignment. Rutschman hasn’t played because of a strained right triceps muscle that occurred in an intrasquad game in spring training. Rutschman, the No. 2 prospect in Major League Baseball, is expected to make his Orioles debut in the coming weeks.

In addition, left-hander DL Hall, the Orioles’ No. 5 prospect and 90th in MLB, also will report to Aberdeen. Hall has been rehabbing in Sarasota after an elbow injury last season. He made one appearance in spring training, throwing one scoreless inning with two strikeouts.

Right-hander Rico Garcia also will report to Aberdeen on a rehab assignment.

Shorebirds hit skid: After winning the opening game of the series, Low-A Delmarva lost five consecutive games to the Myrtle Beach Pelicans. The Shorebirds fell to 5-10 and begin a 12-game road trip with  six games against the Augusta GreenJackets beginning Tuesday.