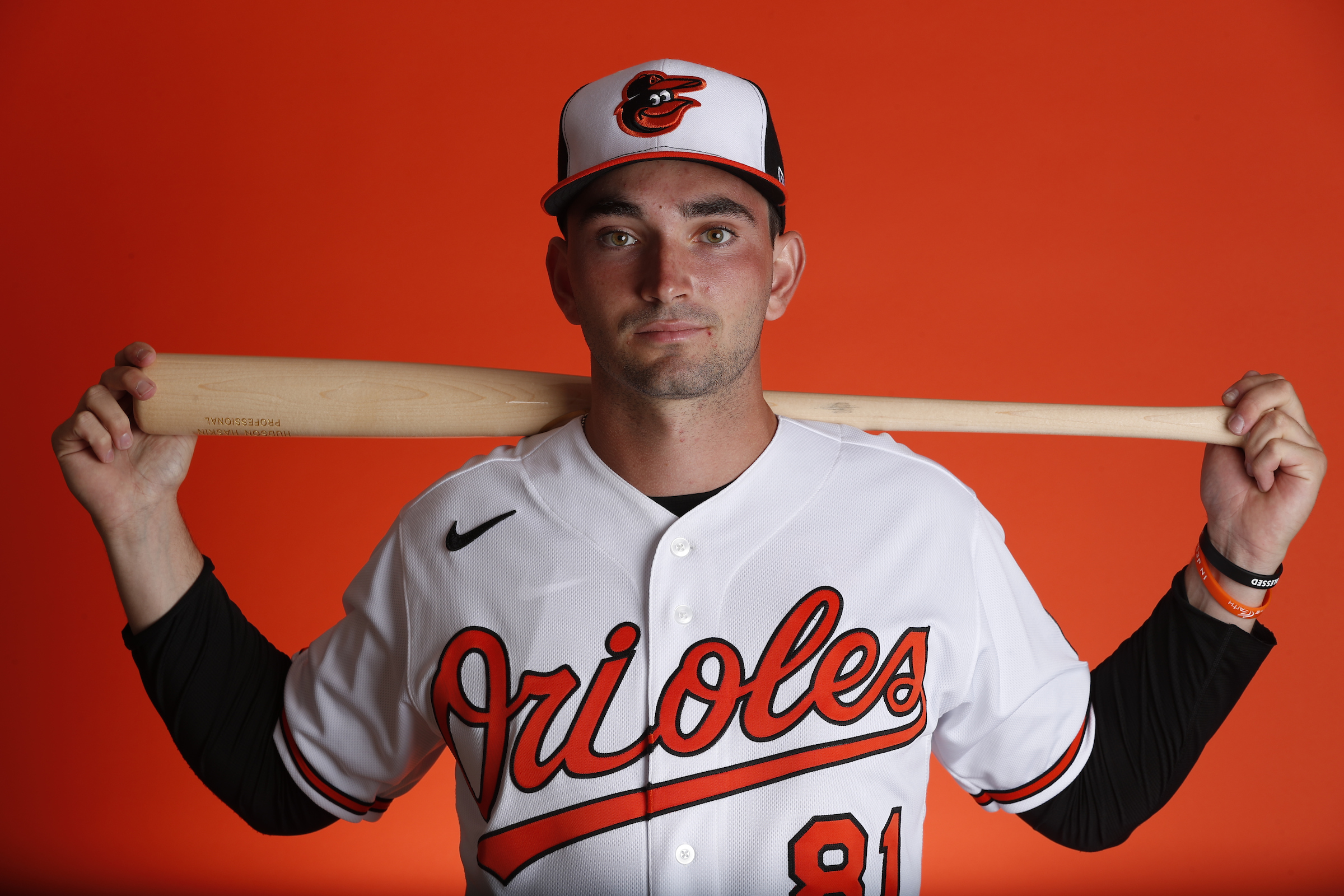 Haskin is hoping to change that. On Friday night, Haskin, played center field, led off and was hitless in three at-bats and drew  a walk in Double-A Bowie’s 2-1 win over Akron before an announced crowd of 2,055 at Prince George’s Stadium.

“I’m happy with where I’m at now,” Haskin said. “The biggest thing is I’m trying to control what I can control. As long as I’m on the field and playing, I’m happy, and trying to get better every day.”

The 23-year-old was taken in the second round of the 2020 draft. With no minor leagues that summer because of the pandemic, Haskin didn’t make his professional debut until last year when he hit a combined .276 with five home runs and 42 RBIs at Low-A Delmarva and High-A Aberdeen.

“I think the competition’s definitely better,” Haskin said of his first weeks in Double-A.

“I’m lucky enough to have some people in my inner circle that have been here, played in the big leagues and have given me a lot of advice on what to expect and how to make the adjustment, so to be here and know a lot of people in this locker room has made the transition a lot easier.”

Bowie manager Kyle Moore, who managed Haskin with the IronBirds in 2021, has been impressed.

“He’s done a really nice job of adjusting to the highest level he’s played at,” Moore said. “Huddy’s shown really good baseball instincts, which is something we’ve worked on a lot with him the last year-and-a-half, two years. Because of the Covid year, you see a lack of instincts, and Huddy has really shown a ton of improvement in that so far.”

“There’s a lot of really good players in the organization,” Haskin said. “One of the things we talk about is ‘iron sharpens iron.’ I think everybody here is trying to push each other to get the most out of their abilities. That’s a main reason why everybody’s having a lot of success so far.”

Moore batted him leadoff for the first time on Friday night and wants to continue to challenge Haskin.

“That’s what you hope for in the second year after Covid, is you start to see some stories like that,” he said.

“I think that’s fair to say that he’s been overlooked because he was [in] that draft with Grayson and all those guys,” Moore said. “They seem to get a lot of publicity, Grayson and Hall and [Kyle] Bradish. I think Drew Rom could be one of the sneakiest prospects in baseball … I think he’s got a ton of time to develop.”

“He’s got a lot of pitches, and he’s an uncommon lefty,” Bowie catcher Maverick Handley said. “He cuts the ball, he can run the ball when he needs to, splitter, changeups, sliders, curveball.

“If one pitch isn’t on, he’s able to go to different weapons, which I think is really important. Just because he doesn’t throw 100 doesn’t mean he shouldn’t be written about.”

“I don’t know what his role might be one day,” Moore said. “But I just know that he’s certainly been overlooked from a media perspective because all these other guys get all the hype. I don’t think this organization has overlooked him at all.”

Moore’s rise: Moore is in his first year at Double-A. Like most of his players, he has moved up the organizational ladder too.

“It’s been wild, it’s been awesome,” he said. “It’s been faster, much faster than last year’s game. The routine plays are made at a much higher clip and the game goes a lot faster.”

“There’s no pressure to win. There is pressure to make sure that an elite learning environment is created and that those guys get better. I think that’s everywhere. That’s like what you sign up for when you do this job.”

In his 13th year in the Orioles’ organization, Moore was invited to work at big league spring training for a few weeks for the second time.

“That was the coolest spring training I’ve been to,” Moore said.

“I want to see how Fredi interacts with [Ryan Mountcastle] because I know Mountie well, Haysy, Mullins, all guys I coached. I want to see how they interact with those men that have a tremendous amount of experience in the big leagues..\ How do they handle the personalities and the relationships that they built with them? That’s what my bread and butter is. That’s what I do. I connect with people.

“When they finally told me I was going down, who wants to go to minor league spring training after you’ve been to big league spring training? No one Every single part of the day from the time you get out of the parking lot is better. It’s freaking awesome to be in the big leagues. That’s where you want to be.  Whatever it takes as a coach or a player, that’s where you want to be.

“My first meeting in the minor leagues was in a tent in the parking lot. It was like, ‘definitely back in the minor leagues.’ It wasn’t in the beautiful Ed Smith facility with a gorgeous desk and a whole lot of big league coaches around you. That’s like paradise to a person who’s been doing this for a little while.”