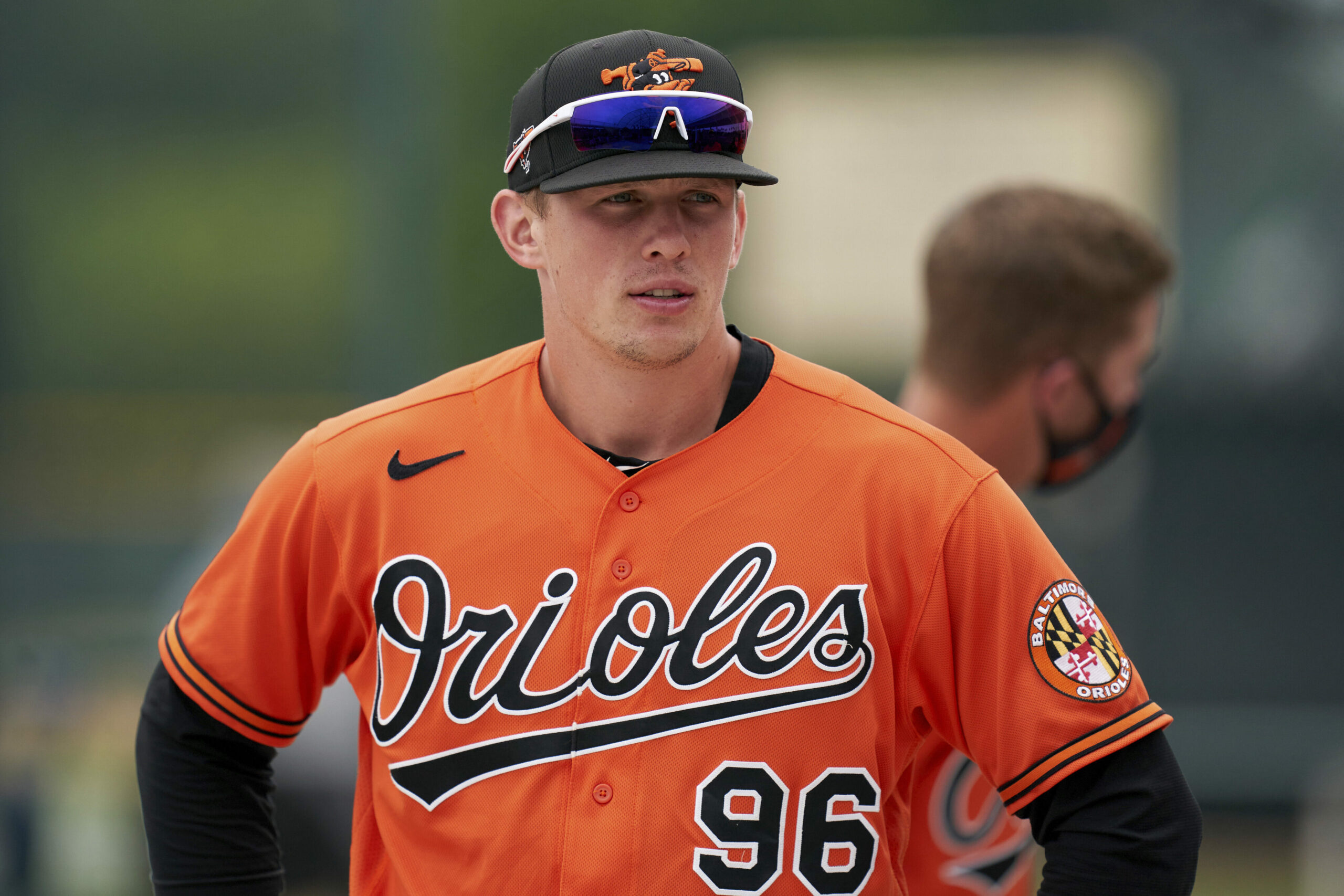 BOWIE—The Orioles don’t have a specific timetable on catcher Adley Rutschman, who hasn’t played this year because of a strained right triceps muscle.

Rutschman played for Double-A Bowie and Triple-A Norfolk last season and could again play for the Baysox and Tides in his rehab assignment before he arrives at Camden Yards. He remains in Sarasota.

One player who knows Rutschman well is Bowie catcher Maverick Handley. In 2019, when Rutschman was the overall top pick in the draft, Handley was picked in the sixth round.

Handley and Rutschman played with each other in 2019 when Aberdeen was a Short Season-A team. It’s possible they could be teammates again.

They played against each other in college for three years in the Pacific 12 conference. Rutschman caught for Oregon State while Handley was at Stanford. They were co-conference defenders of the year.

“He’s the real deal, man,” Handley said. “From a catching perspective, what he does behind the plate, everything is above average, if not better. He offers a real calming presence. He’s a leader. Naturally, given his position, he’s stepped up to the call.

“Being drafted 1-1, you’re expected to fill some really big shoes. He’s done a good job filling those shoes and managing expectations and just being himself, which is a lot of credit to him.”

“I’m sure he’s bummed about not being able to start the season with an affiliate. He’s going to come through. He’s going to be himself. He’s a really good player. It’s been awesome to see that first-hand.”

Besides playing with Rutschman, Handley has caught the two top pitching prospects in the organization, Grayson Rodriguez and DL Hall.

Rodriguez is at Triple-A Norfolk, and Hall is still in Sarasota but could be rejoining Bowie soon. Hall missed much of the 2021 season because of a left elbow injury and pitched only one inning in the Grapefruit League.

Handley, who was with the Orioles for the beginning of spring training, is impressed with both.

“To be honest, I haven’t caught many guys like those two,” Handley said. “They both have lightning bolts in their arms. It’s fun to catch. You really feel like you’re playing ‘MLB The Show.’

“No option is the wrong option. It’s just problem solving. What’s the best pitch here? Because you have a lot of options to go through. It’s a joy to catch to those guys. It’s hilarious when they’re sitting like 95, 98, and they go: ‘I’m going to throw this one harder and hit 100.’ It’s pretty amazing to see. Those guys have no reason not to be an All-Star, I think.”

The Classic Baseball committee will consider those whose contributions came before 1980 and will include Negro League participants.

Each committee, which will continue to have 16 voters, will meet every three years, and eight candidates will be on the ballot.

There will be 10 candidates on each ballot, and one must be a foreign language broadcaster.

Notes: The Orioles have extended their 1992 pricing to their upcoming homestand. ,,, Catcher Robinson Chirinos, who left Wednesday’s game in Oakland with a facial bruise after he was hit by a pitch, has returned to the lineup. … Anthony Santander, who’s batting fourth and playing left field, has reached base in each of the Orioles’ first 13 games, the longest streak in the majors. In 2020, Santander reached base in 18 consecutive games.