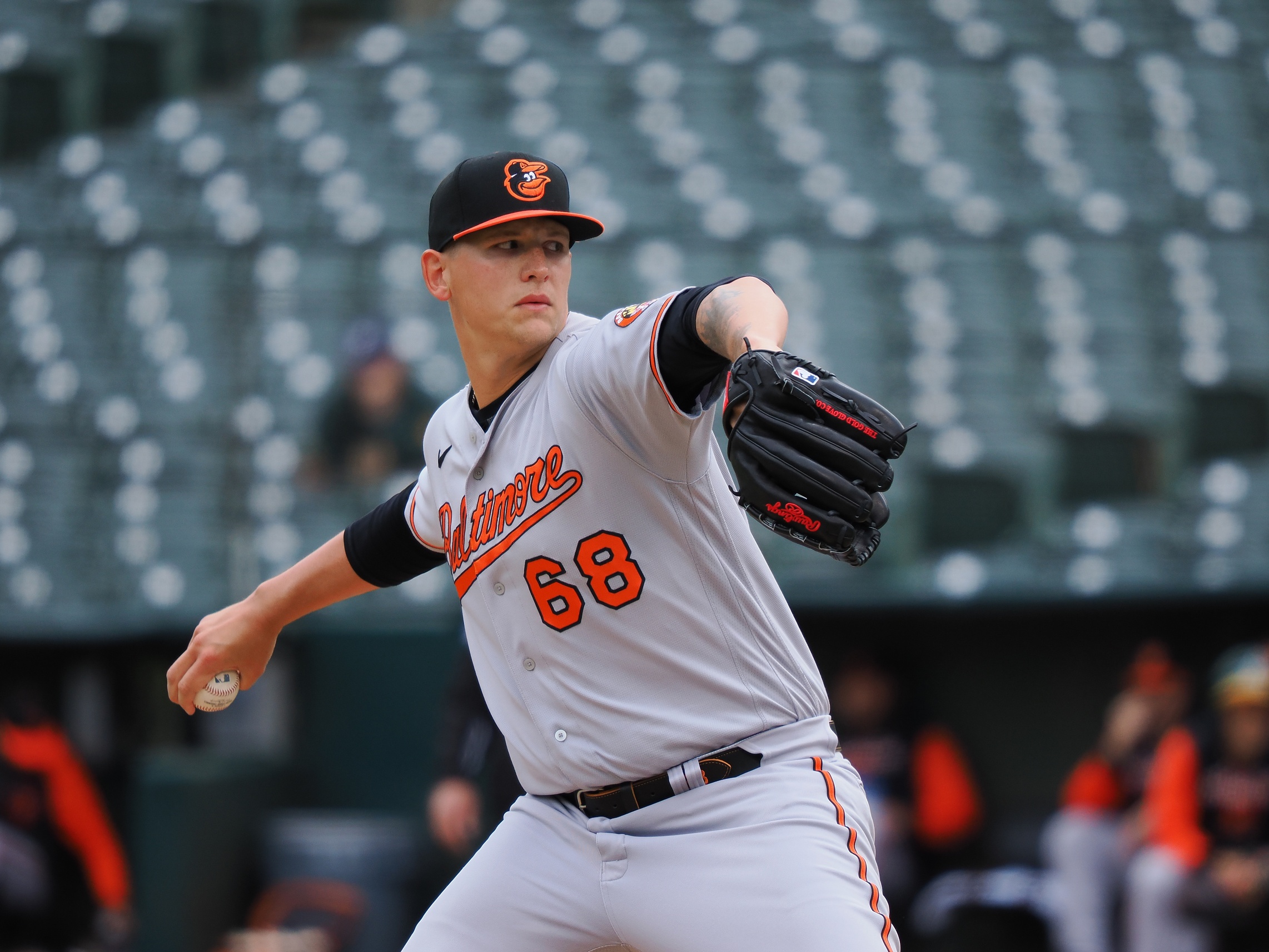 Tyler Wells has yet to pitch more than four innings in any of his three major league starts. On Thursday, he was pulled after 54 pitches and 2 1/3 innings in the Orioles’ 6-4 loss to the Oakland Athletics.

The Orioles (4-9) lost three of four to the rebuilding Athletics (8-6). The game was punctuated by the ejection of Trey Mancini, the first of his career, and manager Brandon Hyde.

Wells has been converted from a Rule 5 reliever in 2021 to a second-year starter this season, and while the team will carefully watch his innings, they can’t get too many starts of fewer than four innings.

In his first start on April 10th at Tampa Bay, Wells had a similar outing, also throwing 54 pitches, but in 1 2/3 innings. On April 16th, he lasted four innings and threw 64 pitches against the New York Yankees. Wells’ ERA is 6.75.

Without John Means, who is on the 60-day injured list because of a left elbow sprain, the Orioles will have a patchwork rotation with Jordan Lyles the only veteran. Bruce Zimmermann, who will start on Friday night at Anaheim against the Los Angeles Angels, has thrown nine scoreless innings in his first two starts.

For now, Wells, Spenser Watkins, who will start Saturday, and Chris Ellis, the scheduled Sunday starter, comprise the rest of the rotation.

Fans are eager to see Kyle Bradish and Grayson Rodriguez get called up from Triple-A Norfolk, but there’s no indication that the Orioles will accelerate their timetables for promotions.

Rodriguez allowed just one hit and a walk in 5 1/3 innings on Wednesday, striking out eight. Bradish, who has allowed a run on four hits in nine innings in his first two starts, is scheduled to pitch on Friday night against Durham.

Mancini, Hyde ejected: After reaching on an error in the fourth, Mancini was called out by first base umpire Rob Drake, who ruled that he attempted to turn toward second base after crossing first. Mancini was tagged out by catcher Sean Murphy when he was walking back to first.

Mancini didn’t appear to move toward second. When he crossed the bag, his momentum carried him a step around the bag. He was incensed when he was ruled out and ejected when he continued the argument from the dugout.

Hyde came out and was ejected, too.

The play couldn’t be reviewed, and it’s another example of where replay should be expanded. It was a simple play that would have been overturned because it was obvious that there was no intent on Mancini’s part to advance.

After the game, Mancini told reporters in Oakland that he disagreed with the call but was disappointed by his reaction. “I want to apologize for the language I used and the way I conveyed my message to Rob,” he said.

More offense: The four runs scored by the Orioles on Thursday equals their second most of 2022. They also scored four in a 5-4 loss to Milwaukee on April 12th. Their season high was in Sunday’s 5-0 win over the New York Yankees.

Austin Hays had two hits and drove in two, and the Orioles were somewhat better, 2-for-8, with runners in scoring position but haven’t homered in the last five games.

Note: Catcher Robinson Chirinos, whose face was bruised when he was hit by a pitch in the second inning of Wednesday’s game, did not play. … Zimmermann (0-0, 0.00) will face Reid Detmers when the Orioles begin a three-game series against the Los Angeles Angels on Friday night. Game time is 9:37 p.m. Saturday night’s game begins at 9:07 p.m., and Sunday’s at 4:07 p.m. … Thursday’s attendance was 4,429.

Denyi Reyes (0-1) allowed seven runs on six hits in two innings. Before the game, Norfolk placed infielder/outfielder Terrin Vavra on the injured list because of a strained right hamstring.

There will be 15 extended spring games played at Ed Smith Stadium in Sarasota beginning on Friday and concluding on June 4th. All games, with the exception of June 4th will begin at noon. That game will begin at 10 a.m.

Admission is free, and fans may sit in sections 116-125 and 216-225. Concession stands will not be open. Fans may park in the East Lot and enter through the left field gate.