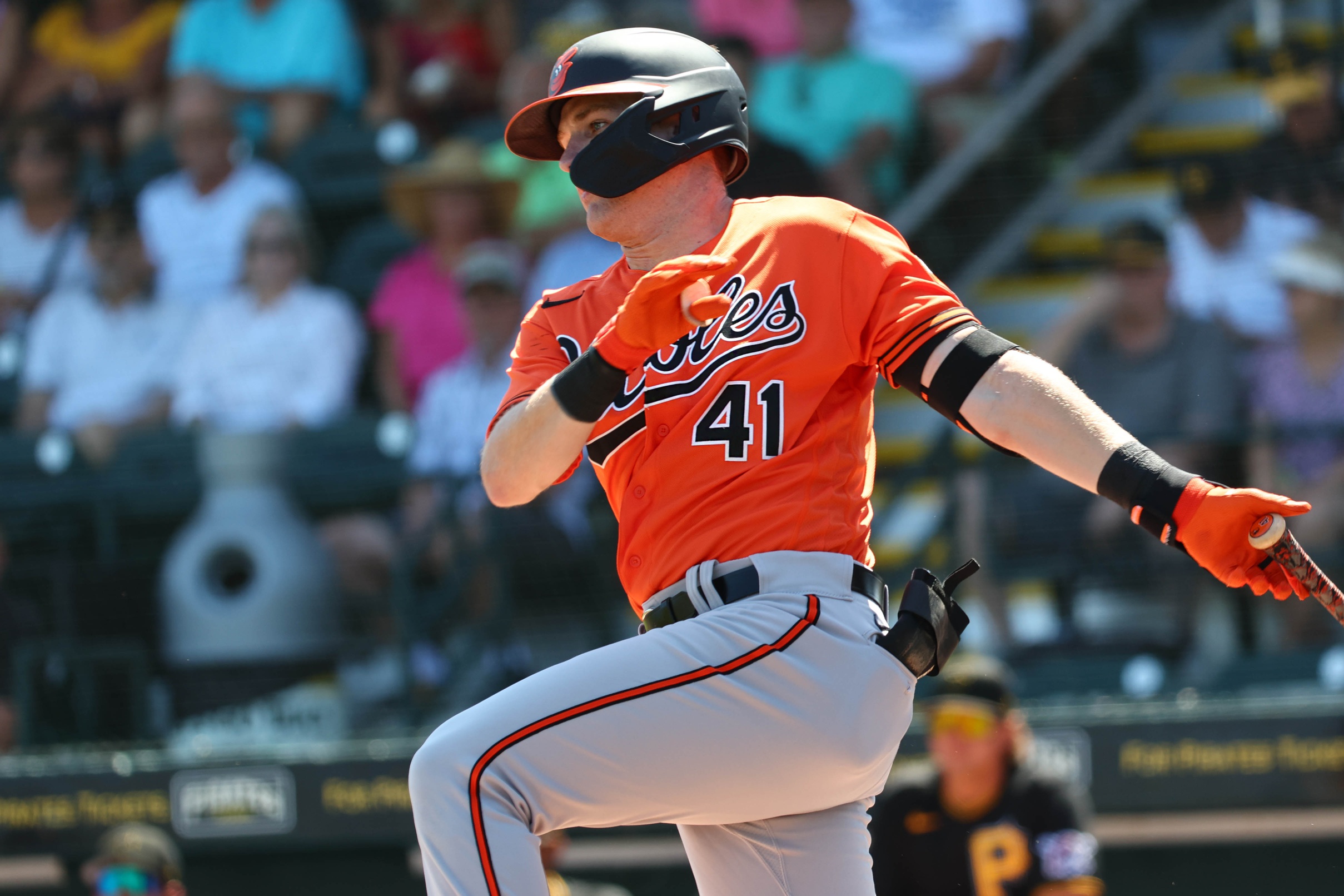 BOWIE— The Bowie Baysox are off to a 4-4 to start but, based on its talent, it should get progressively better as the players get more experience.

Expectations are high in Bowie, which advanced to the Double-A Northeast League Championship Series last season. However, new manager Kyle Moore understands that it’s not about wins and losses or even championships.

The goal is to get his players on the path to major league careers.

“I don’t feel like there are any expectations like that,” Moore said about winning titles. “The expectations are to make these players better. And then, if we can make them better and let the organization do whatever they want, that’s our job. So, I don’t really put into context playoffs … the record at the end of the year doesn’t matter. The only thing that matters is that the kids in that clubhouse get better.”

Designated hitter J.D. Mundy is off to a solid start, hitting .333 with a homer and three RBIs in six games. Mundy batted .291 with 20 doubles, 15 homers and 57 RBIs in 72 games between Low-A Delmarva and High-A Aberdeen. Mundy was signed as an undrafted free agent in 2020.

Two of the Orioles’ top prospects, infielders Jordan Westburg and Gunnar Henderson, also have found a rhythm. Westburg is batting .273 with four homers and nine RBIs. Henderson is hitting .286 with two doubles and seven RBIs. Second baseman Joey Ortiz is hitting only .194 but has been solid defensively.

The rotation is being anchored by Brandon Young, who is 1-0 with a 1.93 ERA in two starts.

“I think there have been some bright spots,” Moore said. “We have a long way to go.”

Nevin is hot: Tyler Nevin is putting up huge numbers at Triple-A Norfolk.

On Friday night, he tied a Tides franchise record with eight RBIs in a 14-8 victory over Scranton Wilkes/Barre. Nevin, who plays the corner infield and outfield, tied the record of Phil Lombardi, who also drove in eight runs in 1988. Nevin was a triple short of hitting for the cycle and hit the Tides’ first grand slam of the season. He is batting .344 with a homer and 14 RBIs.

Designated hitter Kyle Stowers also went 4-for-5 with three runs, a walk, three doubles and his second home run in two games on Friday night. Stowers dealt with a hand bruise after getting hit by a pitch in the season opener, but that has not hampered him. He is batting .381 and is a candidate to be called up to the Orioles at some point this season.

Norfolk (8-4) has won seven of its last nine games.

However, outfielder Yusniel Diaz is on the 7-day injured list because a hamstring strain. The timing was terrible because Diaz was starting to shine, hitting .368 with two homers and eight RBIs in just 19 at-bats.  Diaz, who was acquired as part of the Manny Machado trade with the Los Angeles Dodgers in 2018, has dealt with various injuries since coming to the Orioles.

Hernaiz impresses: Delmarva shortstop Darell Hernaiz has hit safely in seven of eight games to start the season. Hernaiz is batting .375 and either leads or is tied in most major offensive categories for the Shorebirds, who are 4-4.

After hitting two homers in 94 games last year, Hernaiz already has a pair of home runs this year.

Bats hot at Aberdeen: The lineup for the Aberdeen IronBirds (6-2) has flexed its muscle early this season.

“It’s kind of been the trend, we’re up, we’re down and we keep competing until the very end,” IronBirds manager Roberto Mercado said. “Guys compete, we talk about playing all nine innings. That’s the game and play the game the right way, good things will happen for you.”