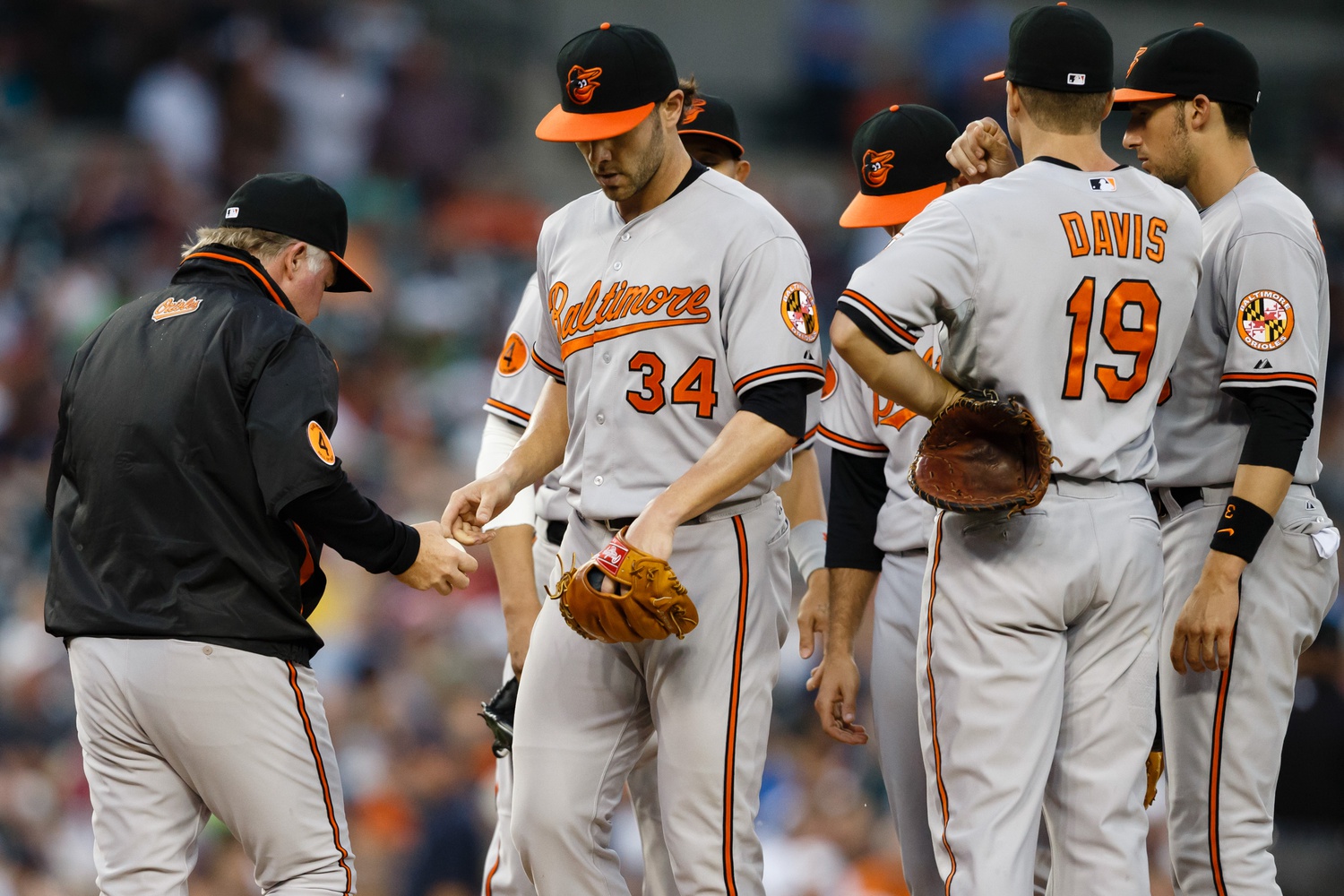 For five seasons, Jake Arrieta pitched exceptionally well. He won a World Series, became an All-Star, led the major leagues in wins with 22 and became one of just 31 pitchers with multiple no-hitters.

Unfortunately for Oriole fans, Arrieta’s greatest accomplishments came with the Chicago Cubs. Arrieta compiled a 73-42 record and a 3.14 ERA from 2013-2017, and in a second stint in 2021.

Arrieta announced that he was retiring on Monday.

He was the Orioles’ fifth-round selection in 2007. He played with a number of other ballyhooed pitching prospects — Brad Bergesen, Jason Berken, Zack Britton, David Hernandez, Brian Matusz and Chris Tillman — in the minor leagues. Arrieta was also caught in the minors and majors by Matt Wieters.

He came to the majors in June 2010, just before Buck Showalter took over as Orioles manager and showed promise in 2010 and 2011.

On July 2nd, the Orioles traded Arrieta and reliever Pedro Strop to the Cubs for catcher Steve Clevenger and starter Scott Feldman. The deal did not turn out well for the Orioles.

Arrieta, who did not get along with pitching coach Rick Adair, flourished with the Cubs, who were assembling their future World Series team. In 2015 when the Cubs lost in the National League Championship Series to the New York Mets, Arrieta went 22-6 with a 1.77 ERA and won the Cy Young Award.

After the 2017 season, Arrieta moved on to the Philadelphia Phillies, signing a three-year, $75 million contract, but his time with the Phillies was lackluster.

Arrieta re-signed with the Cubs but was released in August after a 5-11 record and a 6.88 ERA. Things were even worse when he signed in San Diego, compiling a 10.95 ERA in four starts.

With no job this season, Arrieta decided it’s time to call it quits.

Whenever Arrieta’s name comes up, many Oriole fans criticize the team for trading him, although he didn’t fulfill his promise until he joined the Cub.

Strop, who was an inconsistent reliever in Baltimore, became an effective one with the Cubs, and he also played until last season.

The Orioles hoped that Feldman would help them secure their second playoff berth in as many years, but he was 5-6 with a 4.27 ERA in his 15 starts before he moved on to Houston in 2014.

Clevenger’s claim to fame was his birthplace. He was born in Pigtown, not far from Camden Yards, and played in 69 games from 2013-2015 before he was sent to Seattle in a deal that brought slugger Mark Trumbo to the Orioles.

While the trade reflected poorly on general manager Dan Duquette, Arrieta, 36, probably wouldn’t have accomplished nearly as much in Baltimore as he did in Chicago. He ends his career with a 115-93 record and 3.98 ERA. His career WAR (Wins Above Replacement) is 22.8.

Those stats should be good enough for a place on the Hall of Fame ballot five years from now.

Arrieta’s name always brings a smile from manager Brandon Hyde, who was a coach with the Cubs during most of his time there.

No Tuesday starter yet: Hyde hasn’t announced Tuesday night’s starter against the Oakland A’s, but it will be a surprise if it’s not Chris Ellis.

Ellis, who will have to be added to the 40-man roster, is part of the taxi squad on the trip along with Alexander Wells, who was sent to Norfolk before Sunday’s game, and catcher Beau Taylor.

Spenser Watkins, who will start Monday night, was on the taxi squad for the Tampa Bay series and had to be added to the 40-man roster as well.

Ellis pitched four hitless innings in his last start for the Tides on Wednesday night, which was when Oriole starter John Means left the game after pitching four innings against the Brewers with what has been diagnosed as a left elbow sprain. Means is on the 60-day injured list.

Wells must stay in the minors for 10 days unless there’s an injury. He pitched two solid shutout innings on Saturday night.

The Orioles’ minor league affiliates were idle on Monday, as they will be throughout the season.