Orioles walk it off against Yankees in 11 on Urías' bases-loaded walk; Bullpen excels; Nevin has 8 RBIs for Norfolk - BaltimoreBaseball.com 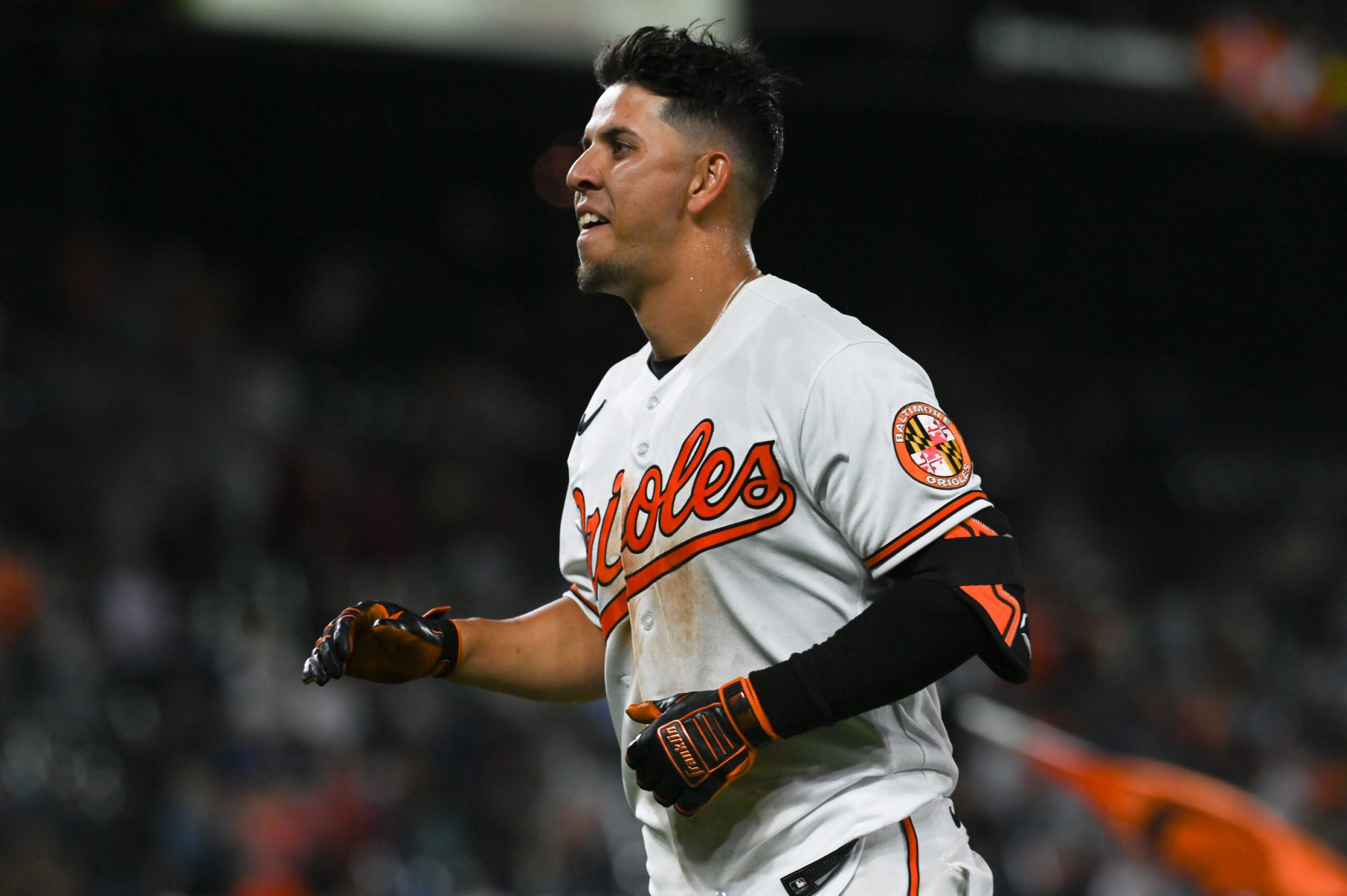 BALTIMORE—Ramón Urías patiently waited out Aroldis Chapman, stepping out of the batter’s box to slow down the Yankees’ closer.

Urías stepped back in with a full count and the bases loaded, and took ball four, scoring Austin Hays, who was the automatic runner, with the winning run in the Orioles’ 2-1, 11-inning win over New York before an announced crowd of 32,197 fans at Camden Yards on Friday night.

The Orioles’ bullpen threw a brilliant 5 2/3 innings. New York’s only baserunner came when Giancarlo Stanton’s ground ball hit the automatic runner, Anthony Rizzo. Rizzo was called out, and Stanton was credited with a hit to begin the 11th.

Baker, who pitched in only one big league game before this season, retired the five batters he faced, striking out three.

“It’s what you dream about your whole life, especially in a big game like that, a win that we needed to have,” Baker said. “It hasn’t fully sunk in yet, but it’ll be a good night going to sleep tonight, for sure.”

Krehbiel (1-0) recorded his first major league win for the 2-5 Orioles.

“So many things on the mound that we did so well against … that’s an All-Star lineup,” manager Brandon Hyde said. “Our pitching won us the game. Our pitching and our catching. We haven’t pitched like that a ton these last few years and to watch our bullpen guys come in and put up zeroes the way they have, the way they’ve been doing so far this year, it’s a lot of fun. When we start swinging the bat, it’s going to be more fun.”

The Orioles won despite leaving 15 on base and going 1-for-15 with runners in scoring position. So far this season, they’re 6-for-70.

“I think you see a bunch of guys pressing, but we’re being competitive, and we’re not giving away at-bats,” Hyde said. “I think we’re trying to do a little too much at times. We just faced Tampa, Milwaukee and the Yankees now, and we’re facing some really good arms. These guys have a great, incredible bullpen. I think our at-bats are improving. They’re going to continue to improve. That’s evident by the walks tonight. We’re not getting the hits yet.”

Hays began the 11th at second because of the automatic runner rule in extra innings. Jorge Mateo lined out to shortstop. Anthony Bemboom and Kelvin Gutiérrez were walked by Clark Schmidt (0-2) to load the bases.

Chapman struck out Cedric Mullins before Urías drew the decisive walk, the Orioles’ 10th in the game.

“I just tried to stay calm,” Urías said. “I wasn’t having a great night at the plate. I just tried to keep it simple, look for something in the middle of the plate and, thank God, things went my way.”

Orioles starter Jordan Lyles became the first Orioles pitcher to work into the sixth inning. He left with the bases loaded and one out, allowing a run on six hits.

Tate relieved him and Aaron Hicks hit into a double play to end the inning.

“The biggest pitch of the game was Dillon coming in there and getting that double play, saving some runs there with me leaving the bases loaded with one out,” Lyles said. “They were lights out. They were dominant. Anything and everything you could ask for for a bullpen. They were electric.”

Lyles allowed a run in the third inning when Kyle Higashioka doubled to lead off. After he moved to third on Anthony Rizzo’s infield out, Higashioka came home on a bloop single to right by Stanton.

The Orioles had just three hits against Yankees starter Jordan Montgomery and continued their futility with runners in scoring position, going hitless in their first six tries.

In the seventh, Hays doubled against Wandy Peralta, moved to third on a passed ball by Higashioka and scored ona single to left by Mateo, who was thrown out trying for second.

Robinson Chirinos walked, and pinch-hitter Rougned Odor walked against Jonathan Loáisiga.  Mullins struck out and Urías was called out on strikes.

Minor League update: Rightfielder Tyler Nevin drove in eight runs as Triple-A Norfolk pounded Scranton Wilkes/Barre, 14-8. Nevin hit a grand slam, a two-run single and a run-scoring double. He drove in another run on an infield out. His eight RBIs tied Norfolk’s franchise record, set in 1988 by Phil Lombardi.

Designated hitter Kyle Stowers drove in five and had four hits, three doubles and his second home run. The win was the Tides’ fourth straight.

First baseman J.D. Mundy was 4-for-4 with his first home run and second baseman Joey Ortiz drove in two as Double-A Bowie beat Binghamton, 6-2. Brandon Young (1-0) allowed a run on five hits in five innings, and Cam Bishop allowed a run on four hits in four innings for his first save. Leftfielder Toby Welk hit his second home run.

TT Bowens, who was pinch-hitting for Collin Burns, an infielder who retired the final out in the 10th, walked with the bases loaded to give High-A Aberdeen an 8-7 win over Wilmington. Centerfielder Dontá Williams drove in three runs.

Carson Carter allowed a run in the eighth and two in the ninth as Low-A Delmarva lost to Lynchburg, 4-3. Rightfielder Davis Tavarez drove in two.