If Means misses time, who fills in for the Orioles? - BaltimoreBaseball.com 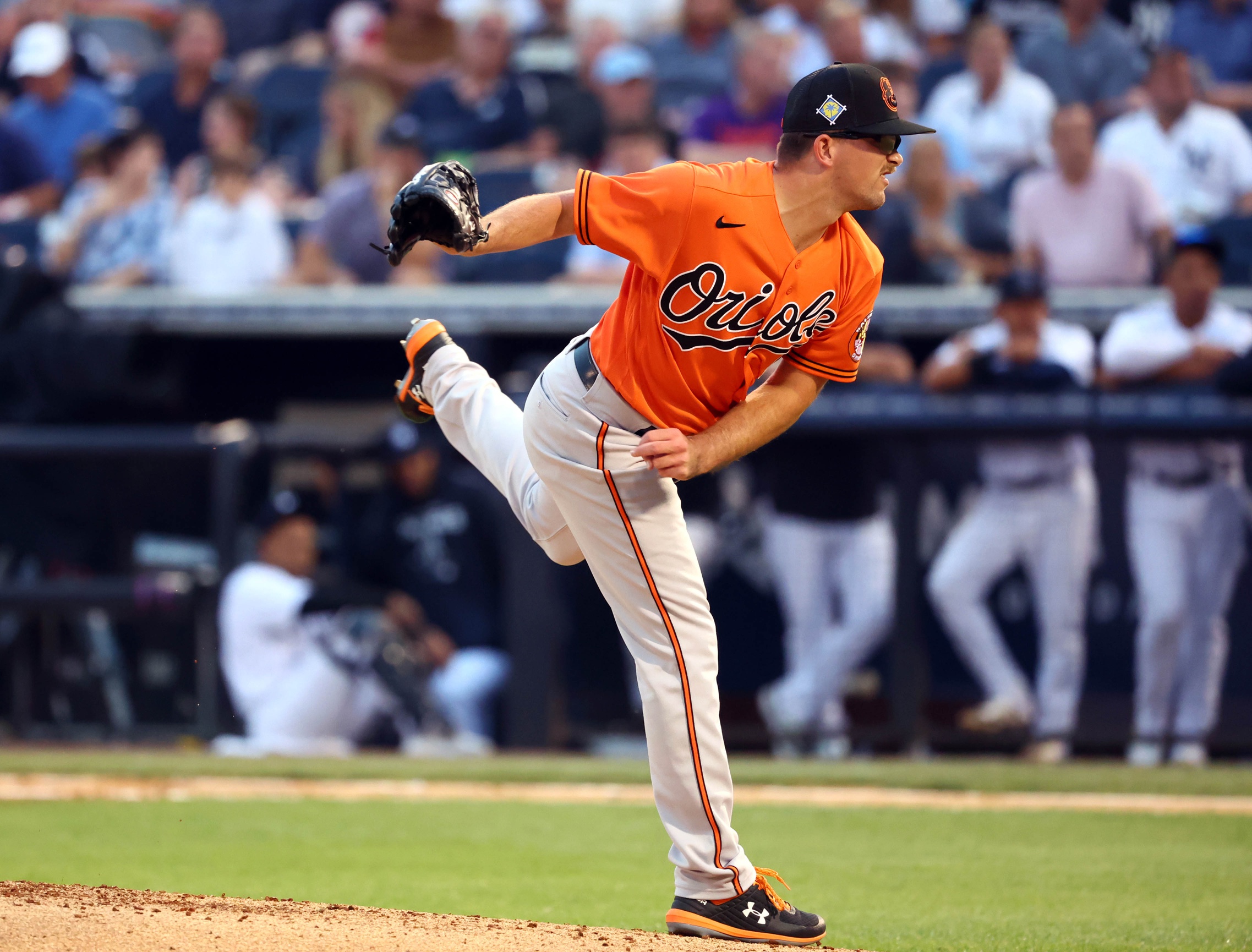 Orioles starting pitcher John Means left Wednesday’s game against the Milwaukee Brewers after four innings because of left forearm tightness. Means was at his locker to answer questions after the game, and said he didn’t think it was anything serious, but an MRI was scheduled.

If there’s nothing seriously wrong, Means’ next start would be Tuesday at Oakland. If he misses time and is placed on the injured list, the Orioles will have to replace their No. 1 starter in the rotation.

The Orioles already have one pitcher on the 10-day injured list, right-hander Dean Kremer, who was supposed to pitch in long relief on April 19th against Tampa Bay in a game in which starter Tyler Wells didn’t finish the second inning.

That meant manager Brandon Hyde had to use his bullpen for 6 1/3 innings. Only starter Jordan Lyles, who was hit hard, went as many as five innings in the first six games of the season for the 1-5 Orioles, who play the New York Yankees this weekend at Camden Yards.

Even with a 15-man pitching staff, that’s a lot of innings for a bullpen to cover.

There are a number of internal candidates to replace Means if the forearm tightness is serious, starting with Keegan Akin. He’s an experienced starter, but he seems to have found his comfort zone in the bullpen. Akin has thrown 5 2/3 scoreless innings, allowing just two hits.

Another candidate with starting experience, though not in the majors, is Mike Baumann, who threw 2 1/3 scoreless, one-hit innings against the Brewers in the home opener in relief of starter Bruce Zimmermann.

However, Hyde may want to keep the left-handed Akin to relieve right-handed starters Lyles, Wells and perhaps Spenser Watkins. Baumann could again be paired with Zimmermann, who threw four strong innings on Monday.

The Orioles recalled left-hander Alexander Wells from Triple-A Norfolk on Monday, but he didn’t appear in the series against the Brewers. He could be Lyles’ long relief backup or he could be held out until Tuesday if Means can’t go.

Norfolk’s starting rotation has a number of candidates. Zac Lowther, who started six games in 2021 but was sent back to the minors after a sloppy second Grapefruit League game, allowed three runs on three hits in 3 1/3 innings in his first outing for the Tides.

Chris Ellis seems like a possible choice, especially since he pitched on Wednesday. Ellis, who started six times for the Orioles late last season, threw four hitless innings in his first start, striking out five and walking one. Unlike Lowther, Ellis isn’t on the 40-man roster, so room would have to be made for him.

Kyle Bradish is scheduled to pitch Sunday at Scranton/Wilkes Barre. Bradish pitched four scoreless innings in the Grapefruit League, and was excellent in his first start for the Tides. Bradish threw four shutout innings, allowing just two hits, striking out five and not issuing a walk.

While Bradish is on the 40-man roster and ranks just behind Grayson Rodriguez and DL Hall among experienced minor league pitchers, executive vice president/general manager Mike Elias hasn’t deviated from his timetable when it comes to promoting top prospects. If Elias has a timeline in mind for Bradish and Rodriguez, he’s not likely to accelerate their promotions because Means might be sidelined.