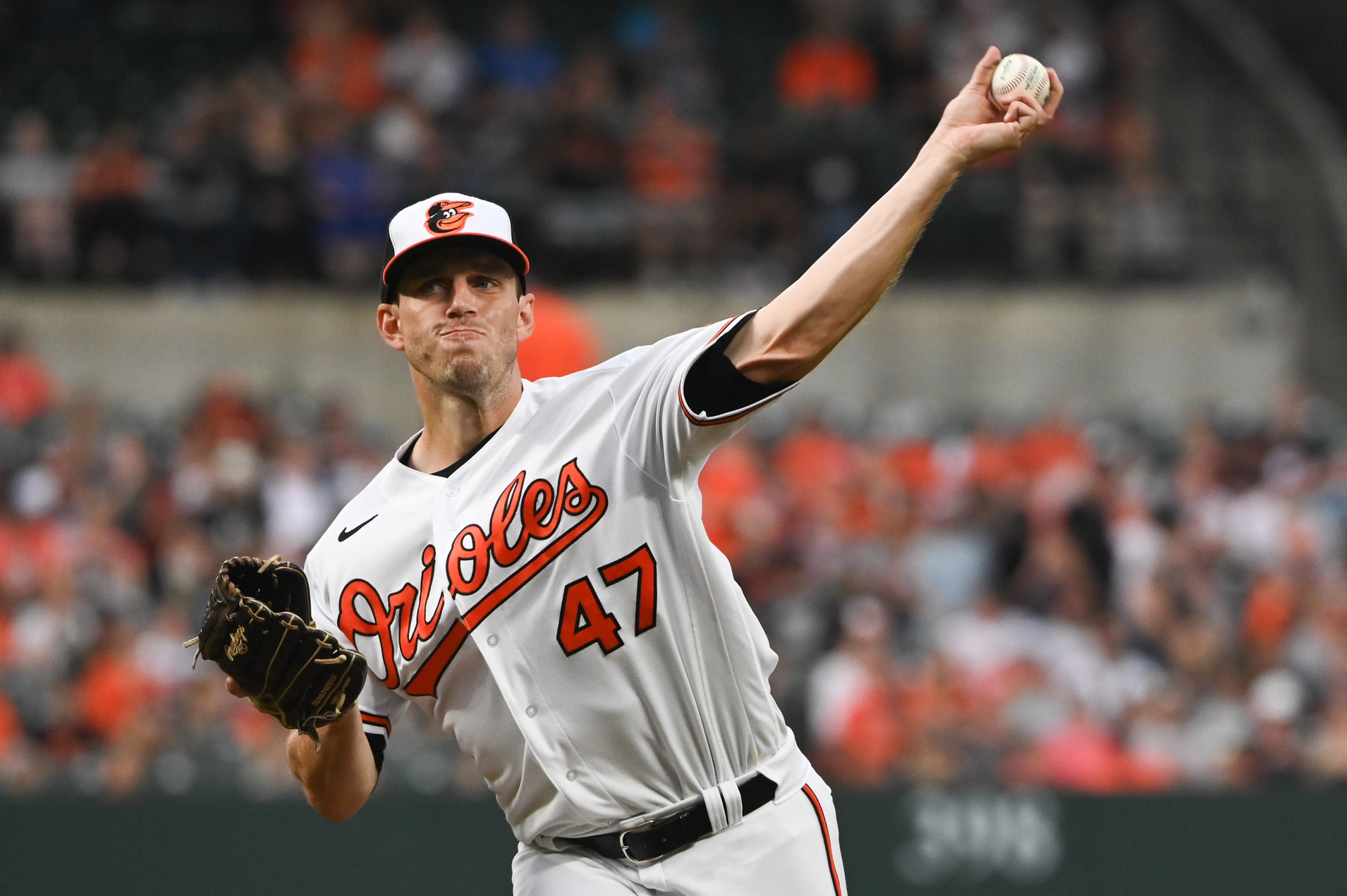 BALTIMORE—The Orioles placed starting pitcher John Means on the 10-day injured list on Friday because of a strained left elbow. The move is retroactive to Thursday.

Means left Wednesday’s game against the Milwaukee Brewers after four innings because of tightness in his left forearm.  Manager Brandon Hyde isn’t sure what his next move is.

“We’re giving him some additional tests to look [if] there’s any structural damage to his elbow,” Hyde said. “We’re just continuing to look at it right now, so it’s still undetermined what the next move is.”

Means had an MRI, and will have additional tests to determine what is causing the pain.

“John’s not a real up-and-down guy,” Hyde said. “I think he’s just trying to stay positive with this whole thing and be optimistic. I think he’s handling it fine.”

Means’ absence is significant because the Orioles’ starters lack experience.

“We don’t have much experience in our rotation,” Hyde said. “Losing your Opening Day starter, we’ll see how long that’s going to be. For some time now, it’s going to be hard. We do need guys to step up. John’s one of the guys that people look up to on our pitching staff, so to have him out is going to be challenging.

“It’s part of the game, and there’s injuries everywhere. Injuries happen to every team, and we just caught a bad break with this one.”

Spring training was reduced from six to four weeks because of the lockout, giving pitchers less time to prepare for the season. Dean Kremer, who the Orioles planned to use in long relief, strained an oblique muscle and is also on the injured list.

Spenser Watkins, who was sloppy in his only start, is likely to start Monday night’s game at Oakland. Means’ next turn was scheduled for Tuesday, and Hyde needs to find someone else.

“We just got all the results back, last night and today,” Hyde said. “We’re still mulling over what we’re going to do with his spot in the rotation right now.”

Alexander Wells was recalled from Triple-A Norfolk on Monday, and he could be a possibility if the team doesn’t make additional moves. Hyde seems reluctant to move Keegan Akin and Mike Baumann to the rotation because both have been effective in long relief.

“Both those guys have thrown good out of the ‘pen,” Hyde said. “As of right now, they’re staying in that role. I like to build off success. I like guys to feel good and put them in positions to have success. Both of those guys were off to such good starts. We’re talking about what the right thing to do is. We’re factoring everything in right now.”

Jordan Lyles, who will start Friday night when the Orioles begin a three-game series against the Yankees at Camden Yards, is the only Orioles starter to work five innings.

“We need to stretch some guys out,” Hyde said. “Innings are going to be at a premium, and we need guys to [pitch] starter-type of innings to get through this year.”

Hyde is in a Catch-22, not wanting to overextend his starters and concerned about relying on his bullpen too much.

“Definitely a concern,” Hyde said. “I’ve used a couple of guys already more than I wanted to the first week of the season. I need for them to be successful for six months and for me to give them the opportunity to have some success here and not overpitch them early, that’s going to be important. We’re monitoring that very closely as well.

“I don’t want to hurt any of our bullpen guys. Those guys are throwing the ball extremely well right now, really happy with how our ‘pen has been pitching. I see some guys really improving, and that’s nice. I have to keep them as fresh as possible and keep them having success throughout the course of the year.”

Hyde said that he doesn’t believe the Orioles will accelerate the timetable for top prospects Grayson Rodriguez and Kyle Bradish as a result of Mean’s injury.

The Orioles purchased the contract of Travis Lakins from Triple-A Norfolk and to make room on the 40-man roster have outrighted left-hander Kevin Smith to the Tides.

Lakins was 4-6 with a 4.36 ERA and one save in 46 games with the Orioles in 2020 and 2021. He allowed two runs on five hits in three innings for Norfolk in two games this season. He had been outrighted to Norfolk after last season. He missed the second half of 2021 after surgery to replace a fractured elbow. Because he wasn’t on the 40-man roster, Lakins was able to report to spring training nearly a month before the players on the roster could.

“It was actually my third injury of that [elbow].” Lakins said. “It’s awesome to back. I know my mental toughness is there. I’m always going to be mentally prepared to overcome anything. This was a little stressful to be get back here.”

Lakins is glad to be back with the Orioles.

“It was almost like I was making my debut again,” he said. “Just coming back from injury, just being pumped up. It’s an awesome feeling.”

Lakins has his manager’s trust.

“He’s also a guy we know and can take the ball and is built to pitch multiple innings,” Hyde said. “It was an easy choice for all of us with Lakins, well-liked. He was with us until the very end of spring training. He can fill a number of roles for us in our bullpen.”

Tribute to Jackie Robinson: Players will be wearing No. 42 in honor of the 75th anniversary of Jackie Robinson’s breaking of the color barrier in major league baseball. Orioles centerfielder Cedric Mullins talked about what it means to wear No. 42. “It means everything,” he said. “We are talking about someone who sacrificed a lot to create opportunities that he might have not thought were even possible back in his day. To wear his number in honor of him is awesome.”

Note: With coaches Doug Mansolino and Anthony Sanders out because of illness, the Orioles added minor league coaches Christian Frias, who manages one of the Orioles’ Florida Complex League teams, and Jeff Kunkel, their player development coach. Ryan Klimek, their minor league manager of pitching strategy, is also on hand.