Orioles rally in 8th, lose in 9th, but focus is on forearm tightness for Means; Minor league update - BaltimoreBaseball.com 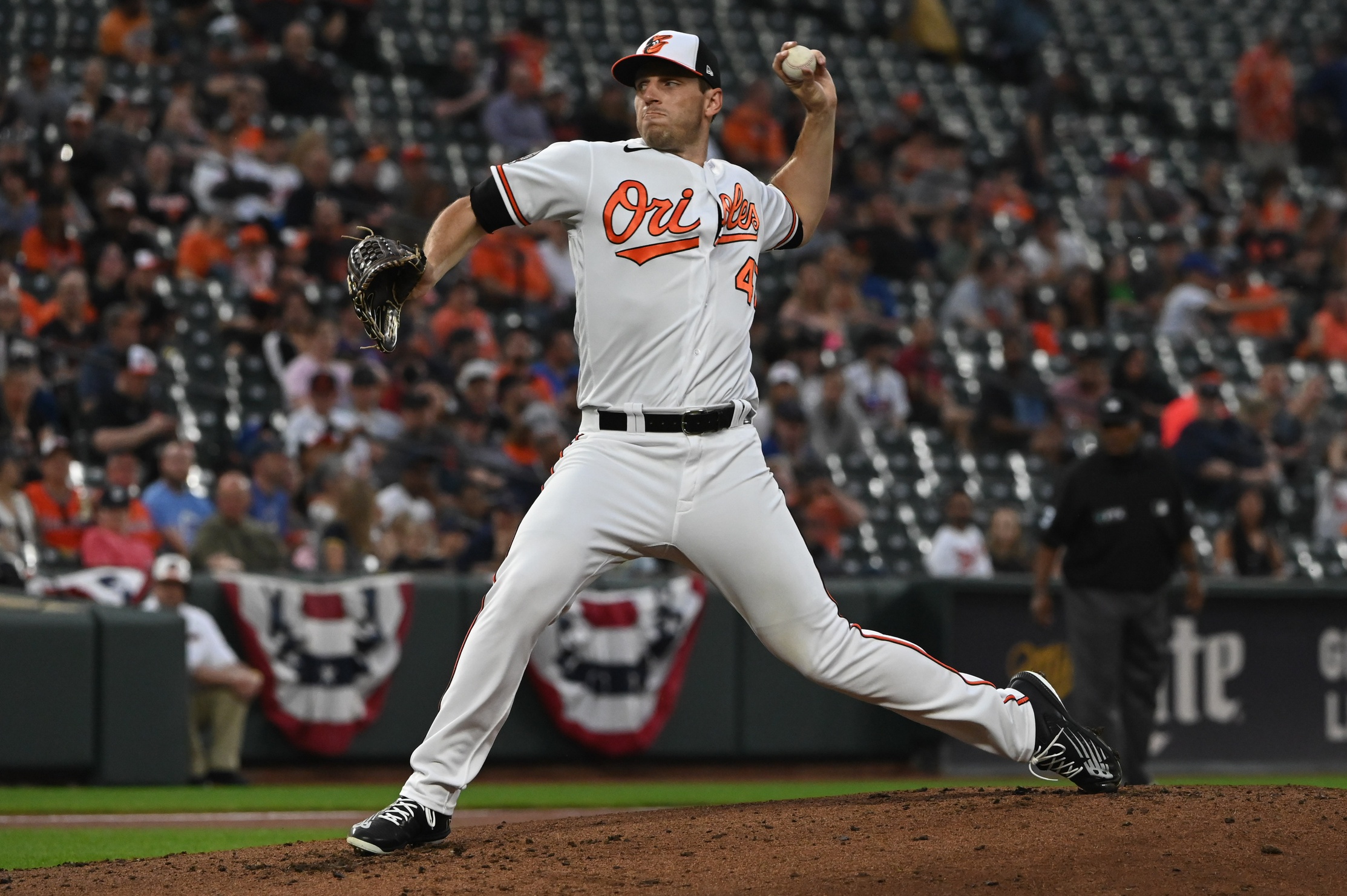 BALTIMORE—Ever since he joined the Orioles’ rotation in 2019, John Means has been the team’s most dependable and accomplished starter.

Each year, though, Means has landed on the injured list because of issues with his left shoulder. Last season, Means threw a no-hitter on May 6th and later missed six weeks because of the shoulder.

On Wednesday night, Means left the game after pitching four innings against the Milwaukee Brewers because of left forearm tightness. He had thrown just 51 pitches, 33 fewer than he threw in four innings in Friday’s opener at Tampa Bay.

His injury was the focus of attention after the Orioles rallied for two runs in the eighth, only to give two back in the ninth in a 4-2 loss to the Brewers, their fifth in six games, before an announced crowd of 12,704 at Camden Yards.

“There’s not a ton of concern,” Means said. “Honestly, I felt it last outing. I felt it on a curveball. Forearm started getting tight. I battled through it, and this week, it progressively got better throughout the week. I felt great in the bullpen and in the first two innings. In the third inning, I felt it again on a curveball. It was tight. I told them I could go back out there. I wanted to make sure.”

Means said the discomfort began with his curveball but then he felt it with all his pitches.

“It wasn’t tingly fingers or anything like that,” Means said. “It’s frustrating, for sure. I just wanted to get rolling one day, start the season strong. It’s a long season and get this out of the way, get going, still confident I’m able to go.”

Means said he would get an MRI in the next day or so and expected to resume throwing.

“I’ve never felt the forearm before,” he said. “It’s always been little things in the shoulder. Worried me a little bit, but they’ve reassured me it’s just muscle.”

Means allowed two runs in the second inning but retired his final seven batters before coming out.

“He gave up two in the second, but put zeroes up in the first, third and fourth,” manager Brandon Hyde said. “His pitch count was reasonable. I was hoping he could give us a couple more innings.”

Hyde didn’t want to speculate on the injury. He’s erring on the side of caution with his pitchers because of an abbreviated spring training.

“I’m not going to rush to anything until we know what the results are tomorrow,” Hyde said. “Staying positive with it, optimistic and hopefully it’s a little bit of tightness he felt in the forearm and see.”

Milwaukee scored on a double by Rowdy Tellez and a single by Mike Brosseau to take the 2-0 lead. Brosseau is 6-for-12 against Means with four home runs and seven RBIs. Those numbers weren’t of concern after the game.

“Obviously, a little worried because that’s our Number 1 guy out there,” infielder Ramón Urías said through an interpreter. “When you see him go down, it’s never a good thing. We don’t know what’s really going on, what’s happening, so we’re not scared or anything like that. Just hoping for the best right now.”

Corbin Burnes who won the National League Cy Young Award last season, limited the Orioles to three hits in seven innings. He struck out eight, walked one and hit a batter.

Anthony Bemboom’s third-inning single, Rougned Odor’s double in the fifth and Anthony Santander’s sixth-inning single were the Orioles’ only hits against Burnes.

Jorge Mateo singled to start the eighth against reliever Devin Williams, who escaped a no-out, bases loaded jam on Tuesday by striking out the side. Bemboom walked and, after Cedric Mullins struck out, Ryan Mountcastle singled to center to score Mateo. Anthony Santander was hit by a pitch, and Brad Boxberger replaced Williams.

Jorge López (0-1) started the ninth. With one out, Hunter Renfroe singled and scored on a triple down the right-field line by Kolten Wong. With two outs, Tellez ripped a double to score Wong and give Milwaukee (3-3) its margin of victory.

Brad Boxberger (1-0) recorded two outs in the eighth, and Josh Hader worked a scoreless ninth for his third save of the season.

The Orioles were 1-for-7 with runners in scoring position and struck out 10 times.

“We’re ready for an offday because we’ve had a couple of bad breaks,” Hyde said. “We had a starter go short today. We had [Dean Kremer] who was supposed to piggyback a few days ago get hurt in the bullpen, so some of these guys have covered some innings for us a little too much…The offday is coming at the right time.”

Note: Jordan Lyles (0-1, 9.00) will start for the Orioles on Friday night when they open a three-game series against the New York Yankees, who have not named their pitchers.

Denyi Reyes allowed one run on three hits in five innings as Low-A Delmarva beat Lynchburg, 3-1. Reyes, who started a Grapefruit League game for the Orioles against Boston, struck out five and walked one. Shortstop Darell Hernaiz drove in two and hit his first home run.