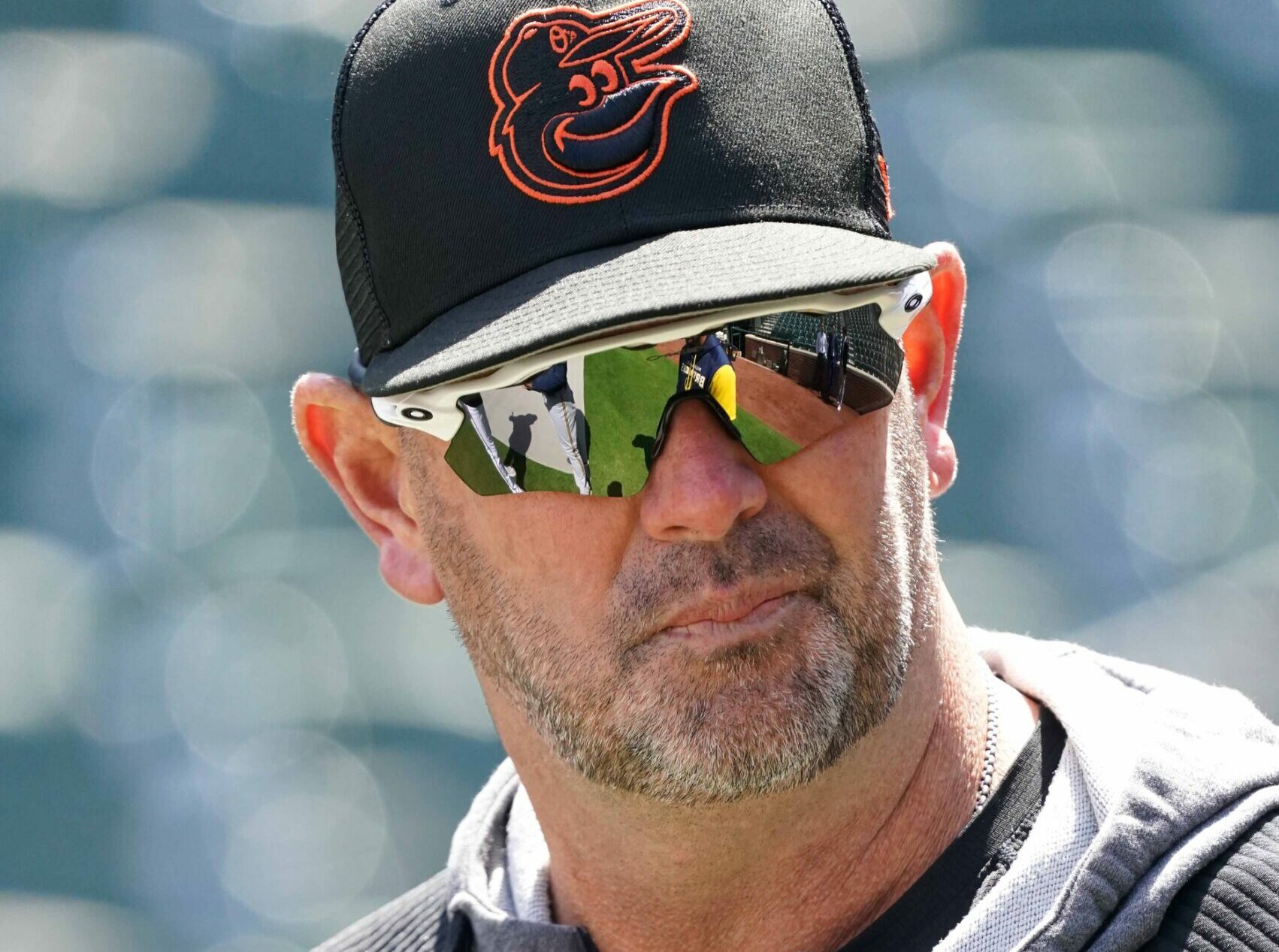 BALTIMORE—Through the first five games of the season, the Orioles have the second-worst batting average with runners in scoring position in Major League Baseball. They’re 4-for-47 (.085) and have struck out 58 times.

“I think we have some swing-and-miss guys on our club,” said manager Brandon Hyde, whose team is 1-4 after Tuesday night’s frustrating 5-4 loss to the Milwaukee Brewers. The Orioles’ struggles with runners in scoring position was best illustrated in the bottom of the eighth when they loaded the bases with none out and struck out three straight times.

“I think you’re going to see that improve over the course of the year. I also like to think that we’ve just faced Tampa and now Milwaukee, two of the best pitching staffs in baseball, guys that have really good stuff. It’s power arms. I think our guys are pressing, especially with runners in scoring position. That’s where you see the majority of the strikeouts. We’re playing close games, guys are trying to get the big hit. That’s natural. We don’t have a ton of experience with that veteran in the middle of the order that people can lean on.”

They do have Trey Mancini, who said he isn’t concerned about the Orioles’ approach.

“I think we’re just making the situations a little bit bigger,” he said. “Obviously, whenever somebody’s in scoring position, you think about it a little bit, you get a little tight, but you can’t change your approach too much.”

Hyde is confident the Orioles will improve.

“We have guys that historically don’t walk much and swing and miss, but they also can do damage, and they also have the opportunity to improve,” he said. “I think we’re going to improve over the course of the year. Hitting with runners in scoring position is a hard thing to practice. It’s a confidence and an experience type of thing, and once we get a couple, guys are going to relax a little bit.”

Hyde thinks hitters are struggling because of a shortened spring training. “Right now we’re in our fourth or fifth week of spring training in a normal season,” he said. “Maybe guys aren’t quite there. I think we’ve faced pitching that has been.”

“We’re putting an importance on strikes,” Hyde said. “We’re putting an importance on working ahead in the count. We are setting up more in the middle part of the plate than we have in the past. You see a lot of teams doing that, especially with stuff guys who are letting it play on the white part of the plate. So far, so good. Our guys are throwing a lot more strikes. We’re forcing action. Keegan [Akin]is a prime example of that.

“You are going to give up, possibly, more hits, but you also have eight defenders, and we’re forcing action with guys that can swing the bat  and not being in deep counts, behind in the count, nibbling. We’re trying to eliminate the nibble and go after guys.”

New left-field wall: Mancini was the first Oriole to lose a home run because the left field wall is 6 feet higher and about 30 feet deeper. He hit a drive in the bottom of the third that hit high off the wall.

“Definitely helped me out on that one hit,” Brewers starter Eric Lauer said. “Knowing what it used to be and what it is now, especially with how big they made the wall, I bet you that’s pretty demoralizing for righties.”

“I thought it was no-doubt a home run, so I was pretty surprised when it stayed in,” Mancini said.

“This is my first experience with a fence being moved, so we’re all going through this together,” Hyde said. He doesn’t think hitters are frustrated.

“He’s done it a lot of years,” Hyde said about González coaching third. “He’s comfortable over there. Coaching third is a hard thing to do in the big leagues and to have someone who’s done it, and done it extremely well for a lot of years, was an easy choice.”

Hyde declined to elaborate on their illnesses, citing club policy.