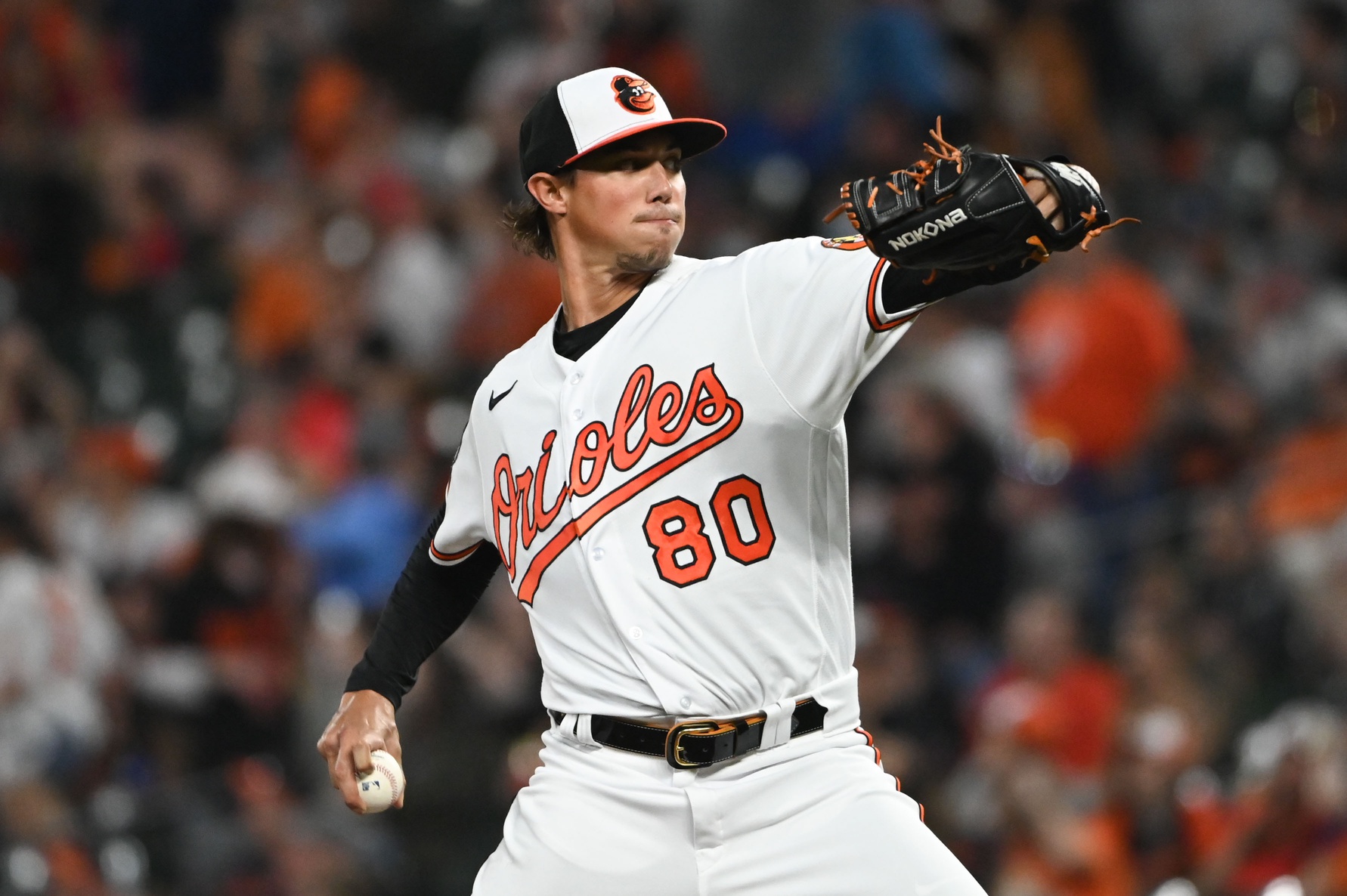 BALTIMORE—Centerfielder Cedric Mullins hit the first grand slam of his career in the second inning of Tuesday night’s game against the Milwaukee Brewers. Unfortunately for the Orioles, that’s where their productive hitting ended.

In the eighth, the Orioles loaded the bases against Devin Williams on a single by Austin Hays and walks to Ramón Urías and Anthony Santander. Williams then struck out Chris Owings, Jorge Mateo and Ryan McKenna to end the inning as boos were heard.

Mullins doubled to lead off the ninth, but Josh Hader, from Millersville’s Old Mill High School, struck out Ryan Mountcastle and Trey Mancini in his first appearance as a major leaguer in Baltimore. With two outs, Hader walked Hays, and picked up his second save when Urías flied to center, ending the three-hour, 38-minute game.

“We had some opportunities off some really good pitching,” Orioles manager Brandon Hyde said. “We did a good job creating opportunities. We’re just not cashing in.

“You’re facing Williams and Hader in the eighth and ninth, so it’s a tough task regardless if there’s runners on or no runners on. Those are premier, premier relievers. That’s why you’ve got to score early, you’ve got to try to cash in early. I went for it in the sixth … knowing that those two guys are at the back end of their ‘pen.”

In the sixth inning, Hyde pinch-hit Mateo with two on and two out, and he grounded out sharply to short, ending another chance.

Relief pitcher Félix Bautista seemed like a long shot to makes the Orioles’ Opening Day roster. Before last season, the right-hander hadn’t pitched above Low-A, but with a 28-player roster, the Orioles decided to keep him to begin the season.

In his first appearance, he pitched 1 1/3 scoreless innings at Tampa Bay, but in his second one, he was tagged with the loss after he allowed Willy Adames’ one-out double on a hanging breaking ball in the seventh. Cionel Pérez came in to relieve Bautista and, after getting Christian Yelich to ground out to shortstop for the second out, gave up a single to Andrew McCutchen to score Adames with the run that broke a 4-4 tie.

Starting pitcher Spenser Watkins had a sloppy outing. His first-inning throw to Owings at shortstop was off line when he caught Adames trying to steal second. Owings was charged with an error. After Watkins walked Yelich, McCutchen hit a two-run double to give the Brewers (2-3) a 2-0 lead.

In the bottom of the second, Owings walked against Brewers starter Eric Lauer, Kelvin Gutiérrez reached on catcher’s interference and Robinson Chirinos walked. Mullins then hit his first grand slam and his first homer of the season to give the Orioles a 4-2 lead. Mullins also drove home both Oriole runs in the home opener with a bases-loaded single in the second.

In the top of the third Tuesday, with Adames on second and two outs, Rowdy Tellez bounced a ball back to Watkins, whose throw to Mancini at first was wild, allowing Adames to score from second. Hunter Renfroe then hit a ground-rule double to score Tellez with the tying run.

“I thought I did a pretty good job of competing and challenging hitters,” Watkins said. “Obviously, the thing that stands out to me is the play, the ground ball. I know I’ve got to do a better job. That’s my responsibility to make that out.”

Mancini hit the first ball that would have been a home run with the old left-field dimensions leading off the third. It went for a double, and Mancini didn’t score. In an effort to make Camden Yards less homer-friendly, the left-field wall was moved back nearly 30 feet and raised from 7 to 13 feet.

“Definitely helped me out on that one hit,” Lauer said of the wall. “Knowing what it used to be and what it is now, especially with how big they made the wall. I bet you that’s pretty demoralizing for righties.”

Keegan Akin, who threw 31 pitches, all but four for strikes at Tampa Bay on Saturday, replaced Watkins and threw 2 1/3 scoreless innings, allowing one hit and striking out one. He threw 35 pitches, 24 strikes.

“We gave up one run in six innings out of the bullpen,” Hyde said. “I’ll take it.”

Notes: First base coach Anthony Sanders was out sick and José Hernández filled in for him. … John Means (0-0, 2.25) will start against Corbin Burnes (0-0, 5.40) on Wednesday.  … Milwaukee’s Hoby Milner got the win, his first decision in his 96th game in six seasons, a major league record.