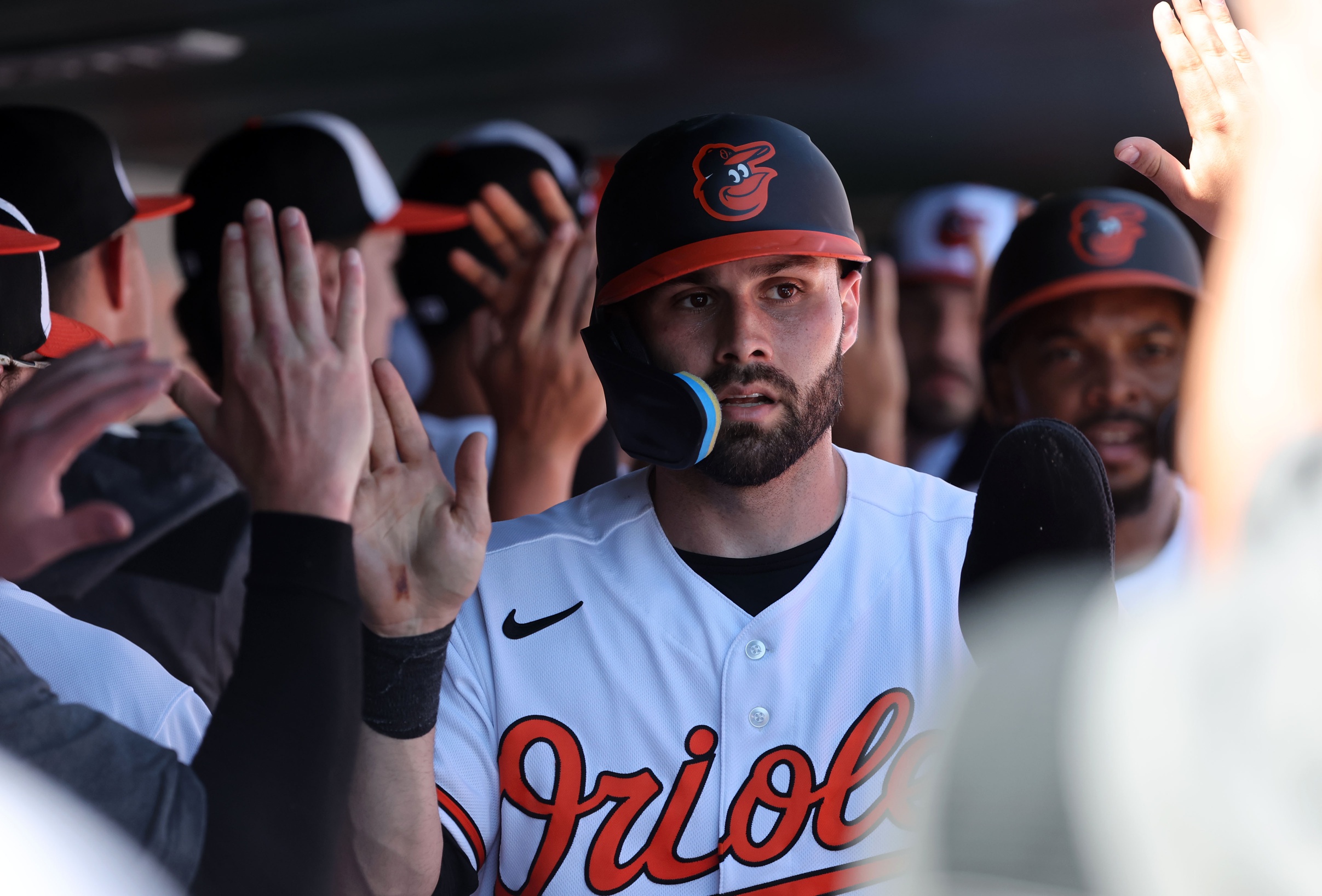 BALTIMORE—One of the most unknown of the newest Orioles trotted down the orange carpet and thought of the long road to a home opening day.

At 32, catcher Anthony Bemboom, a long shot to make it to the major leagues, remembers how he had contemplated quitting. Few 22nd-round draft picks make it to the big leagues.

Had Adley Rutschman not strained his right triceps muscle, Bemboom might not be here. After Rutschman’s injury made it clear he wouldn’t be ready to start the season with the Orioles, Bemboom beat out two other catchers who also had some major league experience, Jacob Nottingham and Beau Taylor, to make the Opening Day roster.

Before this season, Bemboom had just 54 games of major league experience, three with the Tampa Bay Rays in 2019, and 51 with the Los Angeles Angels, the team that drafted him out of Creighton University in 2012 from 2019-2021.

Bemboom hopes to prove enough to stay in the big leagues and isn’t thinking about what happens when Rutschman is healthy.

“Absolutely, it’s more just appreciating the opportunity I have and being able to show up and do whatever I can every day and just taking it, the cliché, taking it each day,” Bemboom said. “But that’s what I have to do to stay here and produce and help the team win.”

Bemboom, a left-handed hitter, played in Sunday’s 8-0 loss at Tampa Bay. Robinson Chirinos is the primary catcher but getting that big league chance is what he was after. The chance he thought he might never get.

“There were tough times,” he said. “When I was in Triple-A for a couple of years, and I didn’t know if that opportunity was going to come. Luckily, my wife, who was my fiancée at the time, but was a good ear for me and a good rock to lean me. She really pushed me: ‘Just stick it out and see what happens.’ She believed in me, and that was huge for me to just have that confidence. She’s like, ‘We’ll figure it out, whatever. If this is what you’re working for, let’s ride it out and see.’ It worked out.”

Amy Bemboom doesn’t work outside of the home for now, taking care of their 9-month old son, and Anthony knows the value of hard work, in baseball and the non-sports world.

“My first couple of offseasons, I worked a regular job,” Bemboom said. “I worked for a home medical company and just kind of did different stuff around the office. I did stuff with the respiratory department. It was actually a good experience in the professional environment, but I would go train in the mornings before work, then go to work, then go hit and throw after. It was like a full offseason of staying after it and staying busy.”

It hasn’t been an easy road for Bemboom from the beginning.

“When you’re in California, rent is very expensive,” he said. “You’re in High-A making not enough to live on your own off that salary. We had guys packed into apartments at times. It was fun. I was young enough to where you still had a good experience with it. It probably wouldn’t work so well with a family.”

Manager Brandon Hyde liked that Bemboom was a left-handed hitter, allowing him to platoon with Chirinos.

“You never know what’s going to happen, but I think Boomer is a pro,” Hyde said. “He’s been in this role when he’s been in the big leagues as well as in Triple-A. He’s not been an everyday, five, six day a week guy. He knows how to prepare himself. He knows how to get ready. He’s extremely intelligent. He’s an incredible worker, he’s always the first guy to the ballpark, extremely prepared.

Bemboom has spent five seasons in Triple-A, and he can tell the difference now that he’s watching major league ball.

“At this level, it’s more just execution,” he said. “You see a lot of the flashes of the talent at Triple-A, Double-A and you see that, especially on the pitching side. You see the stuff. You get to this level, and it’s more about preparation and execution and consistency, and that’s how you’ve got to stay here, the consistency day-to-day.”

After his first opener at Tampa Bay on Friday, Bemboom was thrilled just to participate.

“It’s not lost on me, how fortunate I am, how blessed I am to be on an Opening Day roster and be a part of all this. It’s great,” Bemboom said. “The pregame festivities are great, and nice to take a moment to appreciate everything.”