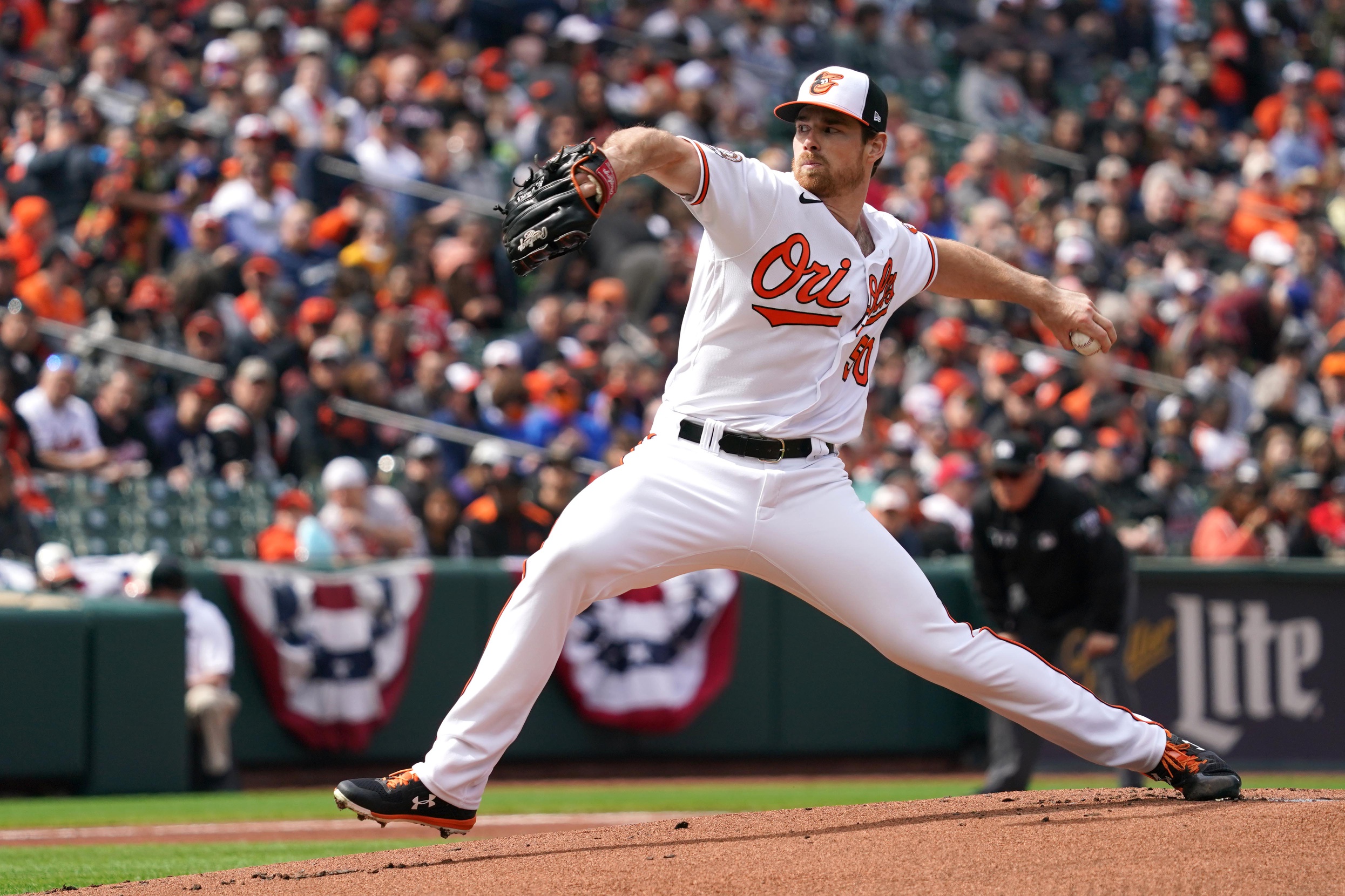 The Orioles’ 2-0 win over the Milwaukee Brewers came after three losses at Tampa Bay to open their season before the generously announced crowd of 44,461 to begin the 30th year at Camden Yards.

The fans who were on hand had a great time, and enjoyed the shutout win, which included four shutout innings from starter Bruce Zimmermann and five strong innings from the bullpen.

There was lots of pregame talk about the new dimensions of the left-field wall, which didn’t come into play. There was only one fly out to left, so the debate about whether it will help the Orioles will have to wait.

“The energy in the ballpark was fantastic,” manager Brandon Hyde said. “The crowd was great. It was fun to hear Orioles fans cheering, and a lot of them. I thought our guys feed off the energy.

Zimmermann, the Loyola Blakefield graduate who became the first Marylander to start a home opener since Dave Johnson in 1990 and the first in the 30-year history of Camden Yards, allowed three hits,  and two walks in four shutout innings. He struck out four.

Sometimes starters fly home ahead of their team to get extra rest, but Zimmernann flew with the team after their series in Tampa and thought deeply about his task.

“I snuck out on the field and l walked out on the mound and tried to imagine what today would be like,” Zimmermann said. “I tried to almost put it out of my mind this morning when I got here, just tried to go through my normal routine and try and take care of business. The nerves were still there, but the best way to go about it is to deal as much as you can and not let it get too big.”

Zimmermann’s only difficult inning was the third when Milwaukee loaded the bases with two outs on Andrew McCutchen’s double and walks to Willy Adames and Christian Yelich. Hunter Renfroe bounced to third to end the inning.

After Mullins made an excellent running catch with a runner on second and one out in the fourth, Mike Brosseau flied to left, and Zimmermann’s day which  begins with a bagel, ended with a zero.

“It’s pretty hard to describe,” Zimmermann said. “It was even better than I could have managed it going. It was perfect weather, a sold-out crowd, all of my family that could make it was here, friends, really close friends that I might have played years ago with, came out … We got a really awesome win on Opening Day, that’s what everybody wants at home. All in all, it was everything I could have asked for and more.”

The Orioles took their first lead of the season against Adrian Houser (0-1) in the second.

Ramón Urías singled and, after he advanced to third on an infield out by Rougned Odor and Austin Hays’ fly to center, Jorge Mateo walked and stole second, and Robinson Chirinos walked. Mullins, who has struck out nine times in the first four games, singled to center against Houser to score Urías and Mateo, whose speed made a difference in recording the second run..

“I feel like I’m in the early process of figuring things out, seeing some new pitches that I’m not quite used to,” Mullins said. “Continue to make those adjustments.”

Though Zimmermann wasn’t the winning pitcher because he didn’t work the required five innings, he was the story on Opening Day.

“I think this one will always be up there, for sure,” Zimmermann said. “I’ve got to put it right there with my debut and maybe a little bit more with the environment.”

In his first game on September 17th, 2020, Zimmermann pitched in front of and empty stadium because of the pandemic.

“My first time seeing Oriole Park like this as a player was incredibly special,” he said. “It was palpable. That first inning, walked off, and hearing the ‘Bruce’ chant, that really kind of hit and fired me up a little bit more.

“Having Ced hit that go-ahead, two-run single there in the third, it was everything you want as a starting pitcher. I like being able to duel as opposed to pitch from behind or pitch with a huge lead. It keeps me focused a little more, and it was the like perfect storm.”

Opening Day always draws a large crowd, and the Orioles face challenges in trying to get fans back to Camden Yards.

Note: Hyde has not named his starter for Tuesday. Eric Lauer will start for Milwaukee.