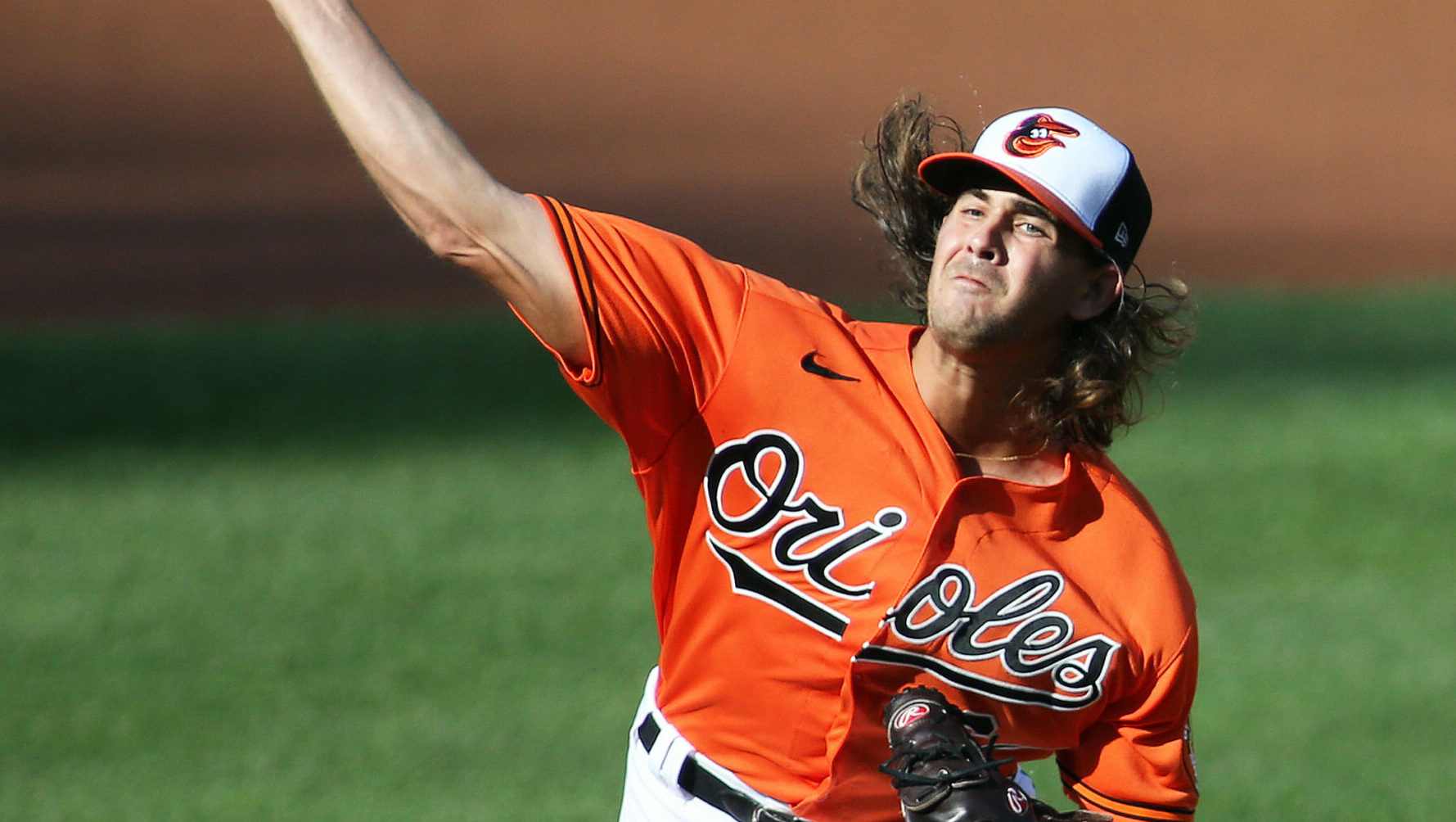 BALTIMORE—Four games into the season, the Orioles have made changes to their pitching staff. Mostly, it’s by necessity because right-hander Dean Kremer strained his left oblique muscle warming up in the bullpen during Sunday’s game.

Manager Brandon Hyde wanted to use Kremer in long relief once his starter, Tyler Wells, was out of the game after 10 batters. Wells left with two outs in the second inning and was followed by four relievers — Félix Bautista, Joey Krehbiel, Bryan Baker and Paul Fry in Sunday’s 8-0 loss to Tampa Bay.

After the game, the Orioles optioned DJ Stewart to Triple-A Norfolk. Kremer has been placed on the 10-day injured list, retroactive to Friday.

“Obliques are tricky,” Hyde said. “We’re hoping it’s three-to-four weeks, but you never know with an oblique. He’s got to build up from there as well. It’s an unfortunate thing that happened in the bullpen. Those things happen. Hopefully, he’s back in a month or so.”

To replace Kremer and Stewart, who was hitless in three at-bats over the weekend at Tampa Bay, the Orioles recalled left-handed pitcher Alexander Wells from Norfolk and purchased the contract of right-hander Spenser Watkins from the Tides.

Wells, who was optioned to Triple-A Norfolk after just two innings in one Grapefruit League appearance this spring, pitched four scoreless innings with Tides, allowing one hit on April 7th.

“They told me I needed to build up some innings down there,” Wells said. “Get that pitch count up and be back as soon as possible.”

During the compressed spring training, Wells was one of many candidates who suffered because there weren’t enough innings to go around.

“It was a little bit difficult knowing that there wouldn’t be as many innings available with the amount of guys there,” Wells said. “Every time we got that chance, we went out there and competed as best we could and hoped we’d do a good job.”

Watkins was on the Orioles’ taxi squad for their series at Tampa Bay.

Stewart, who missed time in spring training after getting hit by a pitch on his left hand, will get more of a chance to play at Norfolk, Hyde said.

“He’ll get at-bats,” Hyde said. “We need a pitcher, obviously, after yesterday … We had to use guys in the bullpen we didn’t want to. I stayed away from some guys to have people available for today. We were hoping that Dean could give us some length yesterday. It’s just unfortunate that it happened. We just needed more arms.”

With an outfield of Austin Hays, Cedric Mullins and Anthony Santander, and with Trey Mancini or Ryan Mountcastle as the designated hitter, there aren’t likely to be many starts for Stewart.

Hyde said that Stewart took the demotion without complaint.

“I walked out this morning and looked at it,” Hyde said. “It reminds me of Pittsburgh. We have no idea at this point. I think it’s going to help out our pitching staff. We’re fortunate to have Austin Hays, a centerfielder that can go play left field. It’s like Fenway [Park]. You want your corner outfielder to have center-field range. Having Austin is very beneficial. I’m interested to see how it plays.”

Trey Mancini, who started in left field on Sunday, also saw it for the first time on Monday.

“It’s large,” he said. “It was a little more jaw-dropping than I thought. It will take a little bit of getting used to. I know Haysey is going to play really well out there when he’s in left, who’s ever out there, and I’m sure our pitchers are pretty happy about it.”