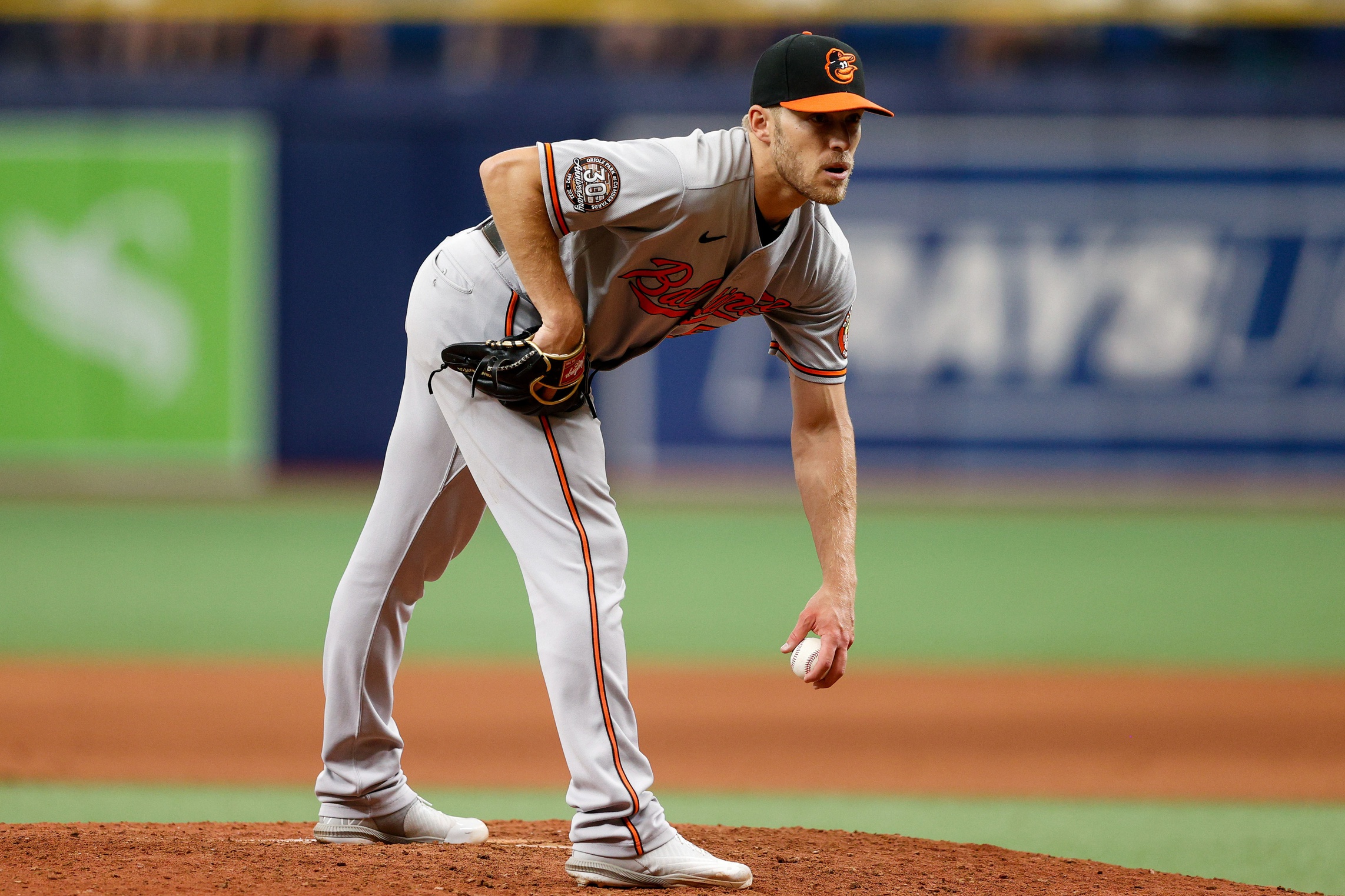 ST. PETERSBURG, Florida—On July 19th, 2021, the Orioles defeated the Tampa Bay Rays, 6-1, at Tropicana Field. That was the only time in 19 games last season that the Orioles beat the Rays. This season hasn’t started any better. The Orioles left for their home opener on Monday after a third straight defeat to Tampa Bay, 8-0, to start the season before an announced crowd of 14,100 at Tropicana Field Sunday.

Manager Brandon Hyde, who has yet to start a season at home in four years, is eager to get back to Camden Yards after a lost weekend.

Hyde had hoped for three or four innings from Wells, a Rule 5 pick who pitched well in the bullpen last season. Hyde thinks that by limiting Wells, he can nurse him through 2022.

“He didn’t have the command that he normally has today,” Hyde said. Wells allowed just two runs in 11 1/3 innings in spring training. “A lot of deep counts. We were on about a 60-pitch limit for him.”

“You see the amount of switch-hitters and left-handers [Tampa Bay has]. It’s so evenly balanced,” Hyde said before the game. “They’re athletic. They can line change on you at any time. If I bring a left-hander, they’re going to put three right-handers up and vice-versa. It’s hard to match up against these guys because they can do so many things lineup-wise, and they can rest guys. They have full top lefty and righty hitters. That’s just makes it hard to pitch against.”

The Orioles (0-3) didn’t have the lead in any of the three game games. Last season, Tampa Bay scored more than twice as many runs as they did (150-71). This weekend the Rays outscored the Orioles, 15-4.

It was the Orioles’ 15th straight loss to Tampa Bay, and their 21st in 22 games.

The Orioles struck out 13 times and 37 times this weekend. They were 2-for-24 with runners in scoring position and have begun the season with three straight losses for the first time since 2007.

“We didn’t swing the bat well this series,” Hyde said. “They have really good pitching, but we didn’t do a very good job swinging the bats. We didn’t make them work much. We can improve our two-strike hitting, put more pressure on their defense. We have some guys scuffling early. I’d like to see them break out. We’re putting too much pressure on ourselves.”

Dean Kremer warmed up briefly in the bullpen before sitting down. Hyde wanted to use him for multiple innings, but he said Kremer suffered a strained left oblique muscle. If he goes to the injured list, right-hander Spenser Watkins, who was on the taxi squad over the weekend, could replace him. Watkins isn’t on the 40-man roster, but the team has an open spot.

Wells walked Yandy Diaz and Josh Lowe to begin the second. Harold Ramirez lined a ball off Wells that went for an infield single. A sacrifice fly by Mike Zunino and an infield out by Manuel Margot scored Diaz and Lowe. Brandon Lowe then hit a two-run home run to end Wells’ first start.

“There are a lot of positives to take out of it,” Wells said. “The result wasn’t what I wanted it to be, obviously. I feel like I threw competitive pitches. I felt like I nibbled a little bit, but as far as overall locations go, they were right off the plate. That’s something to improve on, for sure. I threw one bad pitch to Lowe, and he took advantage of it.

“It’s definitely different than relieving, though. There’s a lot of things I learned today, a lot of positives to take away from it. Overall, I’m feeling pretty good about how my stuff was, overall locations can improve, but those are things that you can improve between starts.”

Bryan Baker, who retired the first six batters he faced this series, allowed a leadoff single to Margot in the seventh.

Paul Fry gave up a single to Brandon Lowe. Centerfielder Cedric Mullins threw to third, and Margot was safe there. It allowed Lowe to move to second. Both scored on Wander Franco’s two-run single. After an RBI double by Ji-man Choi and a run-scoring single by Ramirez, it was 8-0.

“It was a tough series, offensively,” Hays said. “I thought our pitchers did a pretty good job this series of just keeping us in the game and giving us a chance.

“We put some good swings on balls on some good pitches to hit with guys on base. Unfortunately, they didn’t fall, but overall I thought today we made some adjustments and improved and kept the ball in the zone for the most part and didn’t expand as much as the previous two games.”

Notes: Outfielder DJ Stewart was optioned to Triple-A Norfolk. He was 0-for 3 this weekend. … Félix Bautista made his major league debut and allowed a hit in a scoreless 1 1/3 innings. He struck out two. “This was a special outing for me because it’s my mom’s birthday,” Bautista said through an interpreter. He said he’d give her the ball from his first strikeout. … Bruce Zimmermann will face Adrian Houser when the Orioles play the Milwaukee Brewers in the home opener on Monday at 3:05 p.m.

Rightfielder John Rhodes had three hits and drove in two, and leftfielder Dontá Williams had two RBIs as High-A Aberdeen beat Jersey Shore, 8-4. The IronBirds scored three runs in the eighth and four in the ninth.

Low-A Delmarva was held to six singles in its 7-0 loss to Fredericksburg.